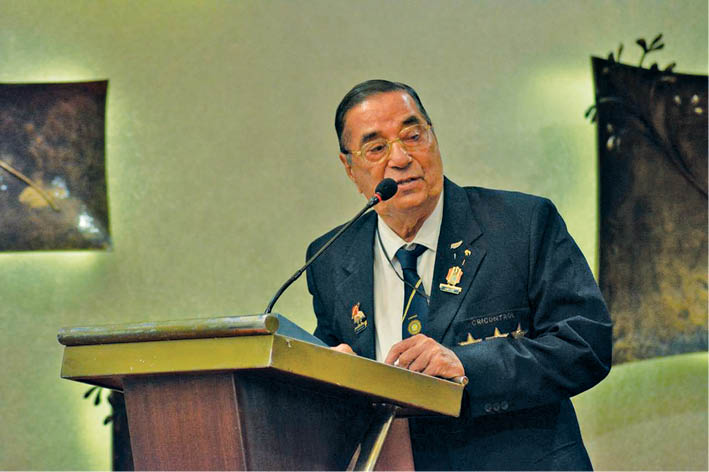 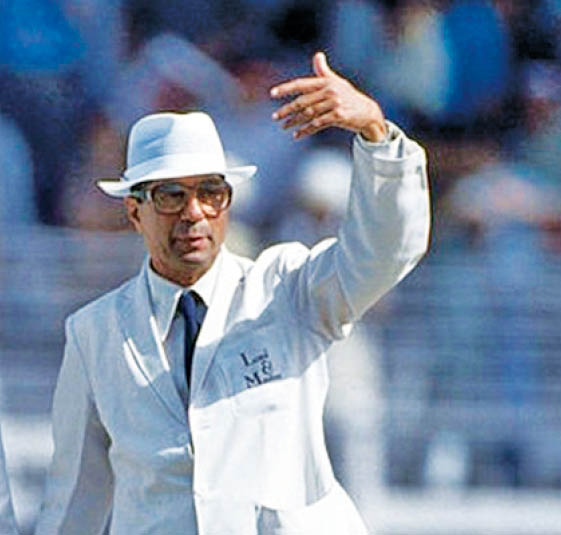 The pride of Indian cricket and our community, former International Cricket Umpire – Piloo Reporter – was honoured for his exceptional and outstanding service to Indian cricket by ‘The Cricketers Foundation’ on 25th January, 2021. The 82-year-old gentleman, who stood in 14 Tests, 22 ODIs, including 7 matches in the 1992 World Cup, boasts an illustrious career spanning nearly three decades – 28 years to be precise – and was awarded a monetary prize (Rs. 75,000/-) as well by the Foundation.

The Cricketers Foundation recognizes and honours the exemplary work done by coaches, umpires, grounds-men, players, scorers and statisticians, by celebrating and supporting these unsung heroes, under its committed Chairman – renowned journalist, columnist, cricket administrator, talent spotter and researcher – Makarand Waingankar, whose vision is to support all seniors cricket players over the age of 70, who have served Mumbai cricket with distinction.

Born and brought up in Thane in Maharashtra, Piloo Reporter is respected and cherished for his grace, amiability and politeness, and is one of the most charming personalities of the cricketing arena, known to go out of his way to help others. A quintessential bawaji – our happy-go-lucky Mr. Reporter is known for his honestly and for being straightforward, as also for his patience and enthusiastic nature. What also stands out is his outstanding memory of recalling past events. His vast experience and encyclopaedic knowledge of cricket makes him stand out as one of the best cricketing umpires India has produced.

Passionate about cricket from childhood, Piloo Reporter always wanted to become an umpire, grabbing every opportunity which came his way on the field to umpire matches. “Firstly, I thank Cricketers Foundation for recognizing my services towards the game of cricket. I have played a lot of cricket, especially at the Parsee Gymkhana grounds. I played mostly matches for my company, Maharashtra State Electricity Board. Till the age of 38, I played the game, but then unfortunately injuries creeped in and I decided to give up playing the sport. I was an all-rounder, bowled off-spin and later, became an opening batsman who loved facing fast bowlers. We also played intercompany matches with Surat, Ahmedabad electricity boards,” shares Reporter.

Even today, many recall the famous method by which Reporter would signal a boundary – which later got named the ‘Milkshake’ by cricket commentator, Henry Blofeld. To signal a 4 was hit was also in his unique signature and quite different from the typical! So famous were his unique signal-styles, that even today cricket enthusiasts come up to him and ask him to show them… and he happily complies!

Talking about his move towards umpiring, he says, “The then Bombay Cricket Association (BCA), in 1961, had put up an advertisement for holding the umpire’s examination, which I passed the following year. That is how my umpiring career took off. Later, in 1965, I was promoted to the senior panel of BCA. In 1966, I gave the exams to stand in Ranji Trophy games, which I cleared in the first attempt. In 1975, I gave another exam, which was for a promotion from the Ranji panel to the All-India panel. It was oral, practical as well as medical, which was a must that time. From then onwards, there was no looking back.”

In 1986, along with umpire V K Ramaswamy, Piloo Reporter became the first Neutral Umpire from India, when they stood in a Test match featuring Pakistan and West Indies in Lahore. This was the first time that neutral umpires had officiated in a Test, since 1912. Later, in 1992, Reporter became the only Indian Umpire to officiate in the Cricket World Cup!

Fondly called ‘PD’ by the cricketing fraternity, Reporter umpiring talents are legendary – especially his excellent man-management and field-management skills, which he exhibited with great elan. Reporter credits former umpire – Judah Reuben from Mumbai – as his mentor from whom he imbibed the good qualities of humility and handling high-pressure situations during matches.

Speaking about the vast difference between the earlier days of cricket and today’s game, Reporter recalls, “Today, technology has taken over in a big way. The third umpire coming in, DRS, an umpire just to see the no-balls, etc wasn’t possible in our days. Nowadays, umpiring gives an individual good money too! In my days when I started off, they would pay us Rs. 50 per day. A three-day match would fetch us Rs 150!”

He reminisces about one of his bests games where he umpire a Test match in Kolkata, India V/s England, back in 1993-1994, “Sachin Tendulkar and Vinod Kambli were playing – it was a good game and we received much praise from the England team and the English media for that game.” Melbourne and Eden Gardens in Kolkata have been his all-time favourite venues for umpiring. Discussing on what it took to prep up before a big International match, he said, “Physically we need to be fit, but mentally too, we have to keep ourselves strong and tough. Yes, there will be ups and downs. If a wrong decision was made, you had to forget about it and move on. If you kept pondering on that so-called wrong decision, in all likelihood, the umpire would make another blunder!”

Sharing his warm equation with one of India’s and the world’s legendary cricketer, Sachin Tendulkar, Reporter says, “He possessed great observational qualities; on the field we would discuss about how things were going on. We had a very good time in Australia together while travelling in the same coach; we stayed in the same hotel. We would speak freely to each other. All players shared a friendly equation with me.”

Piloo Reporter believes that the current brood of umpires must keep practicing their umpiring skills and that one should never take it easy after attaining success and reaching a certain level.

Piloo Reporter’s granddaughter, Freny Daruwalla provides the perfect conclusion in her words, “Nana, as I call him, has been my strongest and powerful pillar in life. He is a true inspiration to not just me, but the entire cricketing fraternity. Today, when one looks at all his achievements and innumerable trophies, we stand in awe of him. However, behind all this success is his tremendous hard work and perseverance to rise and shine. He has always taught me to be patient. He says it’s fine if something you desire for, with all your heart, is taking time to be achieved. Learn on the journey, when the time is right, you will achieve it. He believes that one should never stop learning.  He has taught me to be grounded and down to earth. His simplicity and humility always stand out. It is such an honour to be known as ‘Piloo Reporter’s granddaughter’. He always loved and lived for his umpiring as that has been his absolute passion!”