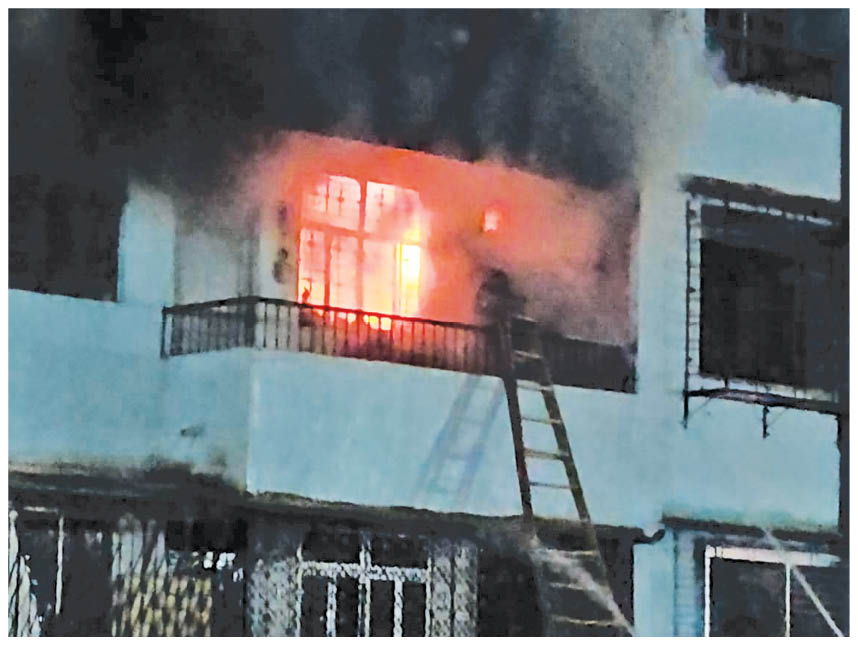 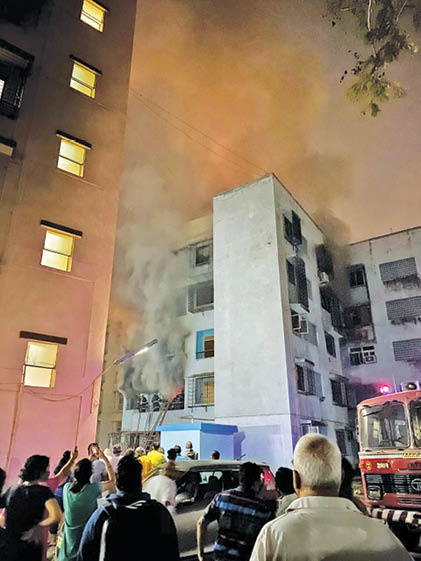 A huge fire broke out at Panthaky Baug (Andheri East, Mumbai), late night – around 11:00 pm, on 30th December, 2020. The fire broke out on the first floor of the Mehta Building (No. 17), in the flat of resident Noshir Chapgar. Within minutes the entire building was engulfed in thick, black smoke.

The colony’s brave youngsters with timely help helped to douse the fire temporarily using a garden-hose, till the fire brigades arrived and took control of the situation.

Four fire engines, two water tankers, two police vans and two ambulances at the location to the rescue, along with some BMC personnel.

The top floor tenants were shifted to the terrace as the thick smoke emanating from the fire made it impossible for them to flee to the ground floor compound. Two people were injured – 83-year-old senior community member – Noshir Chapgar and 17-year-old Yohan Irani; both have been admitted to the hospital.

Due to the fire, the electricity and gas connections of the building are cut off, inconveniencing the rest of the building residents. The helpful colony youngsters yet again provided much relief for all the building tenants, especially the seniors, by arranging for tea and breakfast the next morning.

View all posts by Sohrab Jesia →