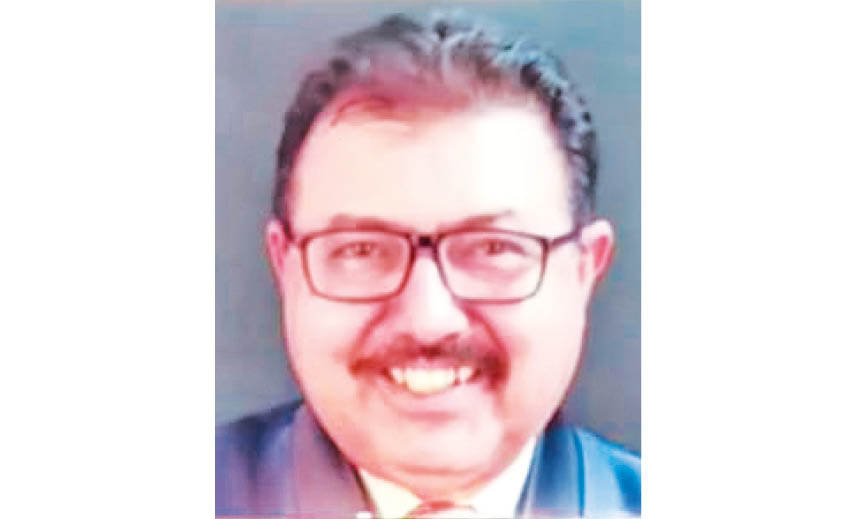 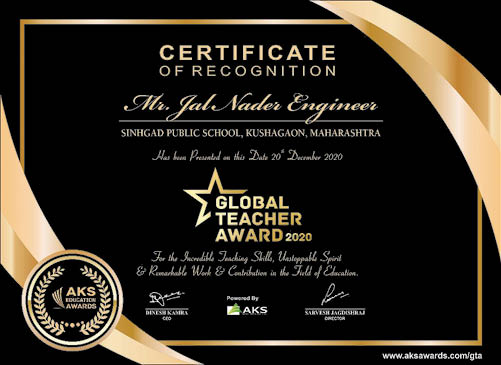 Jal Nader Engineer of ‘Jal Coaching Classes’, Lonavala, was recently awarded the prestigious ‘Global Teacher Award’ for 2020, at the AKS Education Awards event, which confers global recognition onto select teachers from across 110 countries worldwide, for their contributions in the field of education.

58-yearold ‘Jal sir’, as he is popularly known as in Lonavala and the little villages around there, has been a dedicated teacher for over four decades, and has constantly also grown as a learner, decorated with innumerable degrees to enhance his teaching experience. An M. Ed. from Pune University, Jal completed his M Sc. in Mathematics at the age of 50, to become a double master!

Earlier in 2005, he joined the Sinhgad Public School (Lonavala) as a trained Graduate teacher, imparting mathematics to the secondary level students. His hard work and dedication towards his students was highly appreciated by Smriti Zubin Irani, who was then a Minister of HRD, GoI. She personally wrote him a letter of recognition in July 2015, commending and thanking him for his commitment.

Speaking to Parsi Times about his new award, Jal was jubilant, saying, “I couldn’t believe it and I had to pinch myself to feel that I was really awarded and it wasn’t a dream!” He went on to share how his being chosen from a class of teachers worldwide really made him feel proud to know that his hard work of over forty years in the field of education had been globally recognized. He personally attended the GTA Teachers award ceremony, which was held on a virtual platform, on 20th December 2020.

He shared that he was thankful to Ahura Mazda for His guiding spirit and also expressed gratitude for the principal of his school, his wife, son, brother and to his large number of students, who have always had complete faith in his teachings.

“Teaching is an art; you appreciate it and give colorful shades to it. The output will be a colorful rainbow of pure knowledge which shines globally!” he concluded with the wise words of a true educator!