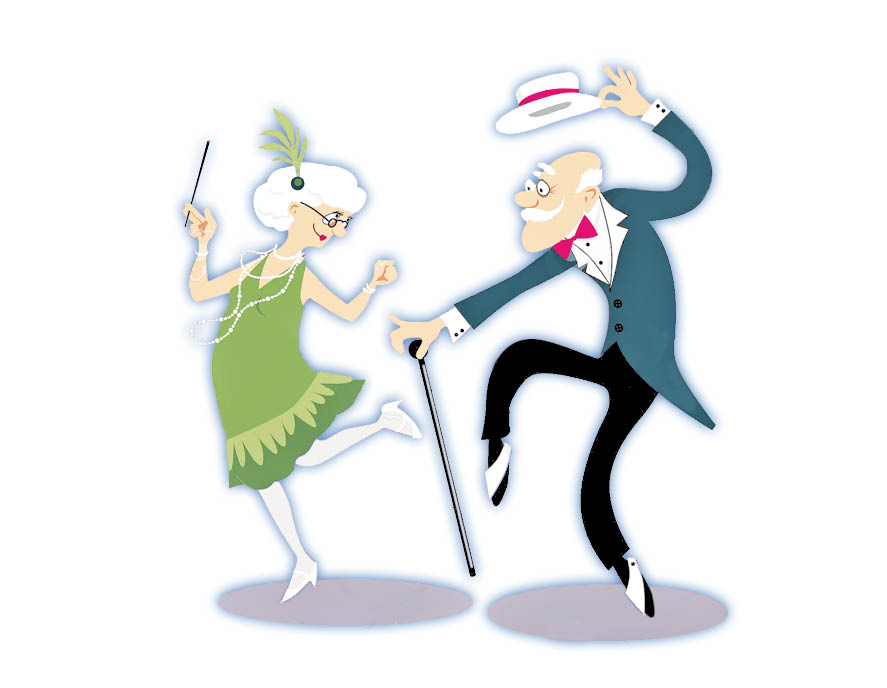 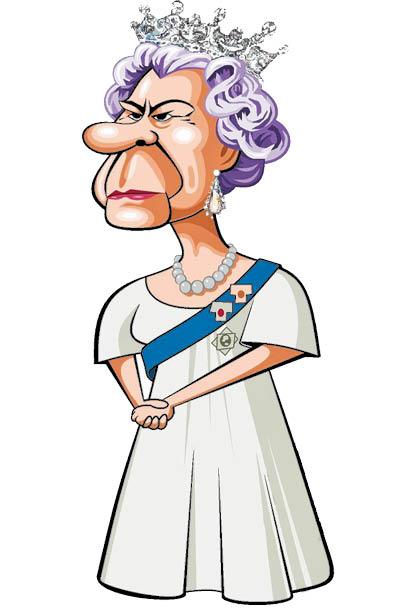 Adarji Writer, also known as ‘Adarji-the-Angrej’, steps out of his building in a once smart, but now frayed Trilby hat, atop his almost balding crown and a scarf around his neck. A confirmed anglophile and a great fan of Aapri Rani, Adarji meets his cronies who congregate near the entrance of the Baug daily.

“Aadooo! Aadar! Aadarjiiiii!” Dhunmai calls her other half, who had replied in affirmative to the officiating priest’s ‘pasand-e kardim’ (the Parsi ‘I do’) nearly forty years ago. A part of the close circle of friends in the baug’s ‘Kootla-Committee’, the pretty and amiable Dhunmai is known as Dhun-‘Bafat’ or ‘Duh’-Dhun for her unfailing ability to commit faux pas every ninth time she opens her mouth. Yet again she screeches even louder – “Aaaaaaadarjiiiiiii! Thobho, kah jaoch????”

Adarji, more British when irritated, quips, “Dash it! I say, my dear old thing, what now? I have something rather important to discuss with the colony chappies. So, for now, toodle-o n’ ta ta!”

“Oh, Tomato-tamato-tambotu, badhuj sarkhu!” Dhun Bafat is not an easy person to be distracted, “It must be about the Sunday’s races or placing bets on some cricket match. I’m sure! Now listen carefully, aapra pavilion per thi aapri colony-na secretary pass thi ek ‘Fun ‘n’ Frolicking Fourteenth Feb Fiesta no form lavjo. Bhulta-naaaaaaaaa!!” A chill ran down Aadaarji’s spine. Since the last several years, the 14th of February had played havoc in his otherwise pleasantly sabbatical life. He asked, “E-vari su che? Sano form?”

Aaderji froze mid-step. Clenching his teeth, he hissed, “Mughi bes! The word is ‘orga….nized,’ How many times have I told you not to use more than single syllable words? The Queen’s language is not your forte. And don’t shout from the window. It runs contrary to the code of etiquette of the civilized society!” pronounced Adarji pompously and shot off before Dhunmai could come up with another Malapropism.

Adarji returned a couple of hours later for lunch and was immediately accosted by Dhunmai. “Form laya ke?” asked she, purring like a cat about to pounce upon an unsuspecting mouse.

Adarji, at his prevaricating best, replied, “Sorry my dear lass, the secretary was not at the pavilion….He took the high road before I could reach his damned office. A pity!”

“Yes, a pity! A pity, indeed that you are such a liar! You are no better than that fellow Jim Curry in that movie ‘Liar Liar. A comprehensive, offhand and talented liar. Adarji tried to correct her, saying “Compulsive dear, not comprehensive and that fellow is Jim Carey, not Curry,” but Dhun was unstoppable. She went on throughout lunch, where Adarji’s favourite fried Bombay-ducks, dhan-daar and methia-nu achar turned to ashes in his mouth, listening to her tirade.

Finally, he was saved by a bell, a phone call from his Madam Editor. Her words might have been different. No Malapropisms of course, but the tone was the same as Dhunmai’s, if not colder. After a half hour of rebuke on a missed deadline, and about offending both, the clergy and the laity, the orthodox and the progressive in the same issue the week before, a feat rarely achieved by any writer before. After exhausting all the invectives and expressing doubts about Adarji’s qualifications, Madam Editor hung up.

4:00 pm marks the time for a cuppa tea – a sacred ritual to all Brits as to our Adarji. Tea is served dutifully by Dhunmai, but today no bhakras, no karkarias, no chapats and certainly not her specialty – the popatjis. None! Dhunmai is angry.

“Er Dhun, Dhanu, su che, rusai gaich? Sorry, slipped my mind to get the form. Tomorrow it will be a done thing by lunchtime. Ok?

It was now Happy Hour, Adarji’s sacred time to recline on his motabawa’s easy-chair with a glass of amber fluid. Dhunmai brings a bowl of cashew-nuts and says, “Adar, I’ll let the dead past bury its dead. Let us now plan for the ‘Fun ‘n’ Frolicking Fourteenth Feb Fiesta!”

“Fiesta, whazzat!” During times of extreme stress, Adarji sometimes lapsed into Americanese! ‘Fourteenth Feb’ struck terror in his heart. Dhunmai, a confirmed romantic, sprouted some weird and expensive ideas, “Adar, this time let’s not have expensive champagne and caviar dinner at some exclusive restaurant or travel to some exotic location. Let’s simply take part in our Baug’s Fiesta – there’s a Contest for the ‘Best Traditionally Dressed Couple’ who will dance and declare their love on the stage. Oooooooh! C’est très armoureux!!”

“Dhun, please spare French! The word is ‘amoureux’ Not armor…. we are not going to war! Darling Dhanu, you’re my valentine since four decades. Everyone knows ‘I love you and you love me’, so why make an exhibition of it?”

“Don’t interrupt! We shall dance! I am going to wear my mummaiji-no garo, with spaghetti, or is it fettuccine strap blouse, and stiletto heel shoes. You wear your new designer dagli, aapra lagan-na brown and white Oxford design-na shoes and pagri.  You always look taller in your ‘pagri’. We’ll dance to Blue Danube or Emperor Waltz. Or maybe Tango!”

“Kaun–na bawani paghri, Dhun?” exploded Adarji, a rare phenomenon. “Remember that that big-in-bulk-small-in-brain brother of yours!  Maroj premium scotch pee ne mari pagri per besi gailo. Now my Jarthosti regalia is one pagri short, the one and only pagri I ever had! That damned %^#@** nincompoop!

“Muga beso!” Every time my jee-bharu brother Jamsu’s name crops up you become historical. I will not titillate it.”

“Oh, there you go again. The word is hysterical not historical. Taro Jamsu kai Jamshed Padsha nathi. Just plain Jamsu. No historical figure. Ne aai got-pit, sot-git karvanu bund kar. Badha mari per hasech! And the other word is tolerate, not titillate! Aapri Rani would have needed smelling-salts if she heard you!”

“I can’t! My arthritic knee is playing up, maybe anohter time. Koi saro-sapormo divas joi-ne we will start. Ok?”

After several bloody days of slow-quick-quick Blue Danube and Emperor Waltz, Adarji revolted, “Dhun, this is silly. I can’t do it! The last time I danced was ages ago. I’m no longer the dashing Darab of the twinkle-toe-fame. Dash it! It’s not that I love you less, b-b-but I love my reputation more. The colony boys will laugh at me!”

“Mare-re! Why should they laugh at you? Next door-ni Tehmi and Tehempton are learning the Moonwalk. Char number na Jehengirji and Shirin are learning that Walk-like-an-Egyptian thing, Rutimai and Darabsha are going to jive, aapra courageous Kali and Coomie are going to dance a la Michael Jackson! Ane tamaro tea-addict brother-in-law Sorab and your sister Perinbanu are performing cha-cha-cha!

“That terror sister of mine, Perinbanu, could have made even Hitler do the Bharat Natyam!”

This went on for a week. Adarji, an agnostic, even started praying at night for some miracle to occur and the shindig being cancelled. He prayed for freak floods, terrifying typhoons or even a humble cyclone. Anything to stop this shindig, anything!

Come Saturday morning and like Abu bin Adam, an angel came upon Adarji too – in form of a postman. He brought glad tidings. It was an invitation to the wedding of Jamsu’s (the destroyer of ‘pagris’) wife’s sister’s daughter. She was getting married on fourteenth February, St. Valantine Day. Her marriage has been hurriedly arranged (no, not for the reason normally attributed to the hurriedly arranged marriages). Her fiancé was leaving for Washington DC for work reasons, after a few days. Now this being en famille event with no getting away from, Adarji was overjoyed, but was careful to not break into a jig. Stiff upper lip was highly recommended and so with a long face, he simply said, “Dash it Dhun, after all the dance practice, we won’t be able to participate in the Baug’s Valentine Day’s Dance Competition… coz the family comes first!”

Adarji had always compared Jamsu to the human organ – ‘appendix’ as no one knew what was its function – Jamsu’s life too had no raison d’etre (reason to exist). But today it occurred to him that even Jamsu was here for a reason… even if via his wife’s brother’s sister-in-law’s daughter’s wedding!

Dhunmai reacted to the news, “We will keep on hold our Pas de ducks till the next year.”

“Dhun! Not ducks.  It’s pas de deux! A ballet term in French, a dance for two. Not for ducks! Batak-nu-bafat na kar!  Now here’s my credit card, go and buy a new saree for the wedding. It’s going to be a Happy Valentine’s Day after all!”

“STOP! Leave French alone! No Bokhu, no dantwallu, no Munchi, no Muncher! I’ll thank you for that. It should be ‘Merci beaucoup ma chère’. Anyway, all of you ‘Passez une joyeuse Saint-Valentin’!, he said assuming his Brit personality, “Or as Aapri Rani would say to her Prince Consort, “I say, Phil old chap, have a Happy Valentine’s Day, wot!”