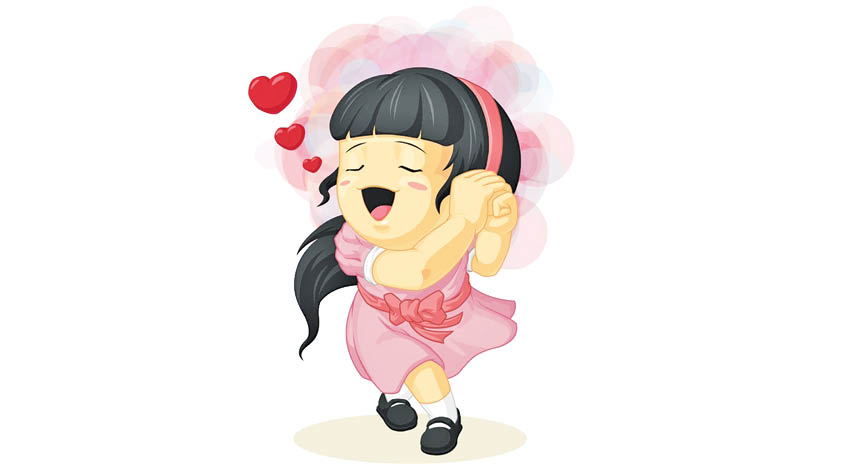 So, it’s Valentine’s Day tomorrow… we’ll have those packs of love-crazed wolves howling at the moon, all ready to jump off cliffs, swim the deepest seas and climb the highest mountains – all in the name of love. These love junkies have you wondering where that magic and blush of first love has disappeared. While the teeny-boppers and the youth ride the skies on Aladdin’s magic carpet, you wonder years later, cleaning that carpet (now nothing but a dishevelled worn-out, old rug) where that fervid appeal simply vanished! Those rose-tinted glasses, long replaced with those bifocal’s, have cleared that tunnel vision, all the while questioning this hype about love and its mushy-gushy effects!

It’s true – the initial stage of love is all about falling madly in it! It’s a veritable phenomenon, pretty damned hard to explain. Have you seen that young infatuated couple walking around every evening? That idiotic prance, that silly dance they do, then that vexatious a dozen by-the-minute shrill laugh by the girl with those goofy eyes? And to top it, that annoying liturgy – their daily ceremonial ritual, while turning the corner to say their respective goodbyes to each other, sort of remind you of those knee-knocking moments, hidden deep somewhere in the foggy recesses of your clouded brain.

They all seem to live in this bubble – these pairs of new found lovers, making their moves and animated gesticulations that appear nothing but borderline ridiculous to anyone who is a spectator to their weird public displays! Unaware, unnoticed they make their bold moves in the only way their hormone-infused emotions know how, slowly but energetically advancing to the grandest vision of that love universe they seem to cohabit solely and exclusively. Somehow, new-found couples in love have no regard for public propriety; their amorous advances fall insensitively on less-fortunate and more-disillusioned souls!

Yes, blame this lovesickness on the mood, the moon, the spell, the chemistry… but no matter what, sooner or later it gets you tied up in knots, turns our wits and senses upside down, makes fools of the wise and wises up long-standing fools! Romantic infatuation has you swinging from vines proclaiming to the world, “Me Tarzan – You Jane!” Besotted and beguiled, many have fallen astray to its primal call, while it alters the brain chemistry, making smitten lascivious fools of us all.

The thought of being without it makes even the stoic heart crave its unbalanced charm. All love is fuelled by a secret desire for fusion, validation and aliveness. There’s nothing on earth that can make you feel more alone, unworthy, dead and numb, in one swift stroke, like unrequited love can. Corny love songs and poignant poems soon become the order of the day. Heartbreaks are almost as upsetting and frequent as broken pieces of well-loved, delicate crystal-ware… the morning-after the party.

Lovesickness is a serious disorder. You cannot deny its power to destabilise and distort. It’s funny how love mimics all symptoms of mental illness. Recklessness, agitation, irrational behaviour, just some of it, has perfectly reasonable people suddenly going crazy in love! Catch that lover with a cleanliness fetish suddenly going all gung-ho about sharing his lover’s toothbrush! And what is it about love that makes it really fine to use that same razor as your man to shave your legs? Where does it say in that love manual that all personal hygiene flies out the window, when love walks through the door? And what is this penchant with these lovelorn girls with broken hearts, of stealing their boyfriends’ Tees and shirts, to then aimlessly amble around the house in them, wearing off carpets and floors, wondering how it all went wrong! 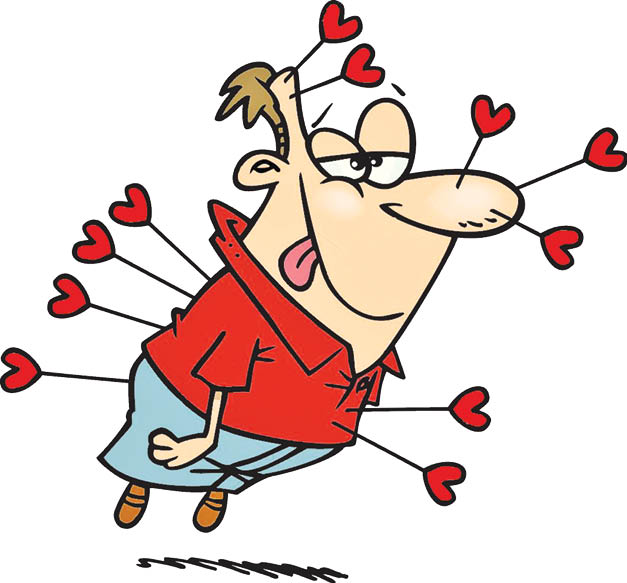 I have often asked where does love begin and common sense end? When does it become ok to lose all sense of self, so that a steak dinner with fries is now your Sunday favourite, along with reruns of the Avenger series, fast becoming  your weekly tradition! How and where did  the colour pink surreptitiously creep into a large part of your attire, where previously it was regarded as a wardrobe malfunction! And then, you have that stage where the two are so enmeshed, they complete each other’s sentences, communicate without talking, refer to each other by ridiculously corny love names that could make you barf every time you hear those saccharine-sweet, sugar-coated endearments! None of them remotely appealing or strangely befitting. And way better suited to some furry animal, stout vegetable or plump fruit!

That inane desire to please the object of your affection has the most sensible of women behaving like foolish, vacuous schoolgirls, all giggly and ridiculously enamoured, making you believe that save for those pigtails and braces, she could well be one. And the men, on the other hand, will jump through ridiculous hoops, trying to win over the ladylove, keeping the wine and the credit flowing, as much as those first flushes of love!!

Oh yes, people in love do some ridiculously stupid things… give up identities, change names, relinquish independence. As though that were not enough, you merge your assets, move base and move home, adopt all kids and pets, change friendships, quit jobs… but worst of all, put blinders on. Lovesickness causes a severe case of atrophy to every living, breathing, coherent, rational part of the human brain. While love has long been claimed to be blind, deaf and dumb, and falling in love may yet be the hardest thing you do remember, it’s not gravitation that is responsible for people falling in love!

About By Veera Shroff Sanjana

View all posts by By Veera Shroff Sanjana →