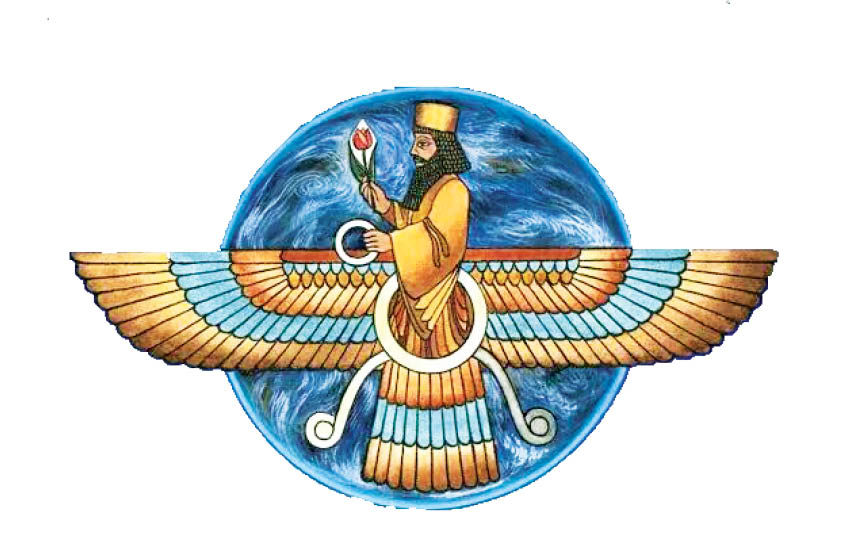 Evil stalks the world and human life is an incessant war against evil to the death. Betide what may, men and women have to fight unflinchingly their battles against evil and to bury the evil that crawls upon the ground.

Angra Mainyu, the Evil Spirit, has vowed vengeance upon mankind. His eyes dart hatred. He lies in ambush for his victims. He dogs their steps. Powerful is the enemy and hard is the battle ahead.

Zarathushtra, the prophet of Ahura Mazda, unfurled his banner of righteousness and sounded his trumpet call. Soldiers are we all in his army that is marching against the forces of evil.

We will put on the armor of virtue and with the mace of truth in our hands, will fight the foe upon the battleground within our hearts and without. We will fight with the vigor of the body and firmness of the mind and the strength of the soul.

Every generation of men and women, in the seven zones of the earth, are moving onward despite setbacks and winning victory after victory. Let us fight the battles against falsehood and vice and wickedness in our days and day by day cover more and more ground from the archenemy. Let our children do so in their days. Let mankind never rest until Angra Mainyu and his evil brood of unrighteousness are vanquished.

King Tehmurasp, at the gray dawn of history, says tradition, rode Angra Mainyu for his steed with valor. The father of Evil and his legions fled in terror before Zarathushtra. Our fathers of old valiantly fought the foe. So shall we. Long is the war, but we will not lose heart and with dogged persistence and tenacity strenuously fight evil wherever we meet it and in whatever form we confront it, we will do battle to it. We will rest not till we put him to route, Ahura Mazda!