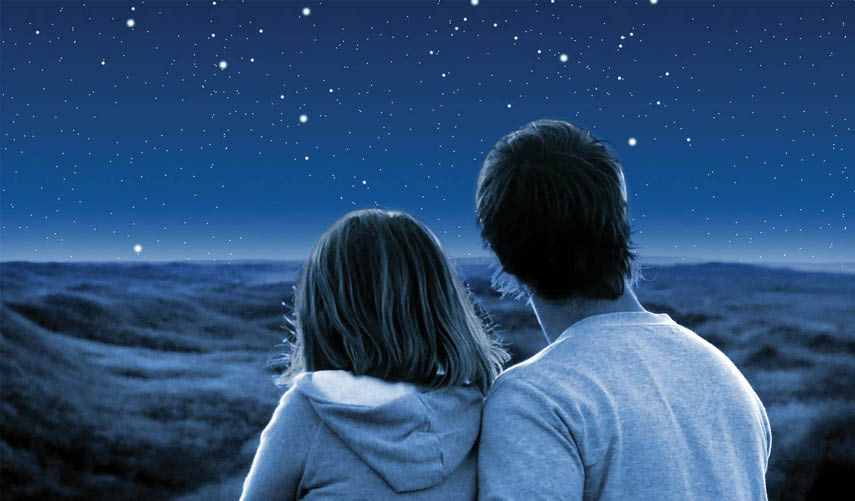 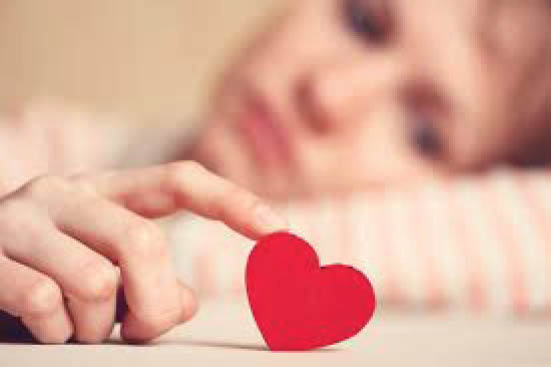 Naval was boarding the first flight out of Mumbai to Delhi. He was a frequent flyer, especially on this sector. Professional engagements required his traveling to Delhi regularly. He did not quite like the city, much less some of its people. But this cold February morning, he was flying on this sector after a gap of nearly seven months. He wasn’t carrying his laptop and briefcase, instead, he just clutched a box of salted caramel chocolates in one hand and his boarding pass in the other.

He preferred the aisle seat, but made an exception today, requesting a window seat, wishing not to be disturbed. He hadn’t slept the night and was hoping to catch some sleep. But sleep eluded him. His mind was cluttered with myriad thoughts, anxieties.

The aircraft had taken off smoothly… he was obviously not traveling on business. In fact, until dinner-time yesterday, he didn’t even know he’d be making this trip! There was an emergency and he had put everything aside to make this trip. It all started with a frantic phone call from his to-be mother-in-law, Rati, saying in a palpably chocked voice, “It’s about Mahafrid!” A cold shiver ran down Naval’s spine. What could it be? Had Mahafrid decided to break it off with him? A life-time of thoughts passed through his mind in a matter of seconds. “Mahafrid is ill and I thought I should tell you about it”, he heard the voice at the other end say. “What happened?” he asked, nearly relieved that his fears hadn’t realized. Yet, little did he know what he was about to hear would turn out to be worse than a nightmare…

“Mahafrid is in coma and …” the voice at the other end began to crack and then completely broke down. “What? When? How?” Naval asked almost in one breath. A male voice took over. Naval recognized it to be Firoze, his to-be father-in-law’s. “After Mahafrid’s bout of asthma a month ago, the new prescription has thrown her into what doctors call, a state of hypoxia. She does not recognize anyone. She is in a coma-like state and her heart and lungs aren’t functioning too well,” Firoze explained.

“And you are telling me about this now?” Naval retorted in grief and rage.

Mahafrid had asthma since childhood and it flared when she was stressed. The new prescription had had an adverse effect, blocking oxygen supply to her brain and leaving her in this miserable state. Naval hadn’t spoken with Mahafrid even once in the past seven months. His pride and self-respect wouldn’t allow him. He wasn’t unduly cussed or stubborn. But he’d had put up with enough humiliation and accusations in the past. He was determined not to give in this time; well, at least not till he received the call last night.

Hot breakfast was being served on board, but Naval had no appetite. His mind raced back to that fateful morning, seven months ago, when he sat at his office desk, grappling with the shock of Mahafrid leaving him – for good. He’d found a sealed envelope on his desk, containing a hand-written note and the ring she’d put on her finger when he had proposed to her. The note eluded more than a hint of finality, as he read, “I am fed up with you. I am fed up with life. I am fed up with everything. I am ending this relationship for good …. for my own good … please don’t bother to communicate any further …. I am done … I am through … I am not interested.”

Mahafrid was hot-headed and judgmental, but her other redeeming qualities attracted and mesmerized Naval. They’d been colleagues sharing a palpable chemistry. Mahafrid was meticulous, focused and independent-minded; Naval was multi-faceted and had diverse interests at work and in life. They’d often relax after work at Starbucks over coffee and croissants. She preferred cappuccino while he enjoyed Americano. She’d do most of the talking, Naval enjoyed her banter. It was music to his ears… even though some days she’d just whine! Sometimes, they’d also unwind at the Marine Drive sea-face… hopping across tetra-pods to find a comfortable niche when the tide was low, to just sit silently and watch the sun set. The roaring sea calmed Mahafrid. On one such eve, Mahafrid looked into the sky and exclaimed, “Naval, look! It’s Venus, the star of love, always the first in the evening sky!” Naval had lovingly smiled and responded, “Yes, but it’s too far away. My evening star, which is always the first in my life, is sitting right besides me!”

Touched, Mahafrid still wanted to tease him. “Will you get me that star?” she asked with a glint of mischief in her eyes. “I will give you something better,” Naval had said and held her face in his hands, tenderly kissing her on the forehead, her eyes and finally her chin. “There!” He’d told her, “I’ve traced out a star of kisses on the face of my evening star!”

Mahafrid was stumped as two tiny tear drops rolled out, saying, “You’ve such a way with words!” But Naval didn’t think so. He felt the language of love is silent. Words can express only partially. Love is best expressed through acts of tenderness and understanding, and by forgiveness towards the person you love. That was the eve when Mahafrid silently decided to spend the rest of her life with Naval.

Their relationship, unfortunately, was against her parent’s wishes; Naval always felt uncomfortable in their presence. He dreaded and shunned her family’s functions like the plague, making some health or work-related excuse. Being Delhi based, Mahafrid spent most of her childhood here. When she received a Bombay-based promotion at work, she was reluctant. But, a helpful colleague helped her find a temporary accommodation with a sweet old couple in Colaba.

Orphaned while still in school, Naval had no siblings. He’d lived in Mumbai all his life and always teased Mahafrid about her mood swings being akin to the extremes in climate that her city was famous for. The first few courtship years were exciting since they worked together too. But later, this became a sour and sore point in their lives. It seemed they had too much of each other 24/7 and needed some respite.

Mahafrid would visit her parents over long weekends and almost every festive occasion; Naval was good with that as long as she did not compel him to join her. He’d get lonely without her but the discomfort of loneliness was preferable over the discomfort of cold company. Mahafrid always returned from Delhi with a degree of sadness. She loved her parents dearly, as they adored her. But they could not stand Naval – Mahafrid’s father believed his daughter deserved someone better than Naval.

With time, Mahafrid’s mood swings increased in frequency. She’d judge every decision Naval would make at work or in his personal life. She’d even taunt him at the office in front of colleagues. At company retreats, she would sit grumpy and complain about everything – making it difficult for either of them to enjoy.

Seven months ago, one such evening marked a turning point for the worse. While Naval was enjoying the evening, Mahafrid had tuned off. Naval thought it best not to force her and leave her be. Mahafrid was angry and feeling let down and neglected. Naval had booked an Uber to drop Mahafrid at Colaba, but they had a major showdown during the ride. There was a barrage of bitter accusations and pent-up feelings were tearing away at every strand of their relationship.

The next morning, Mahafrid didn’t show up at work. Naval thought she would soon cool off. After all, this wasn’t the first time she’d threatened to end the relationship. Previously, when she wouldn’t communicate all day, Naval always called and apologized, even if he was not at fault. He valued his relationship deeply. But this time he was in no mood to compromise. “Why should I always keep apologizing, especially when I’m not at fault?” he argued with himself. Two days later, he found Mahafrid’s envelope on his table and the head of human resources had received a copy of her resignation.

A sudden thud jolted Naval out of his light sleep as the aircraft landed in Delhi. His heart was pounding. Mahafrid’s dad had come to pick him up and was waiting just outside the terminal. They hugged, a bit warmly for the first time. It seemed ironic that it took such a disaster to thaw their strained relationship. The ride to the hospital lasted an hour, but to Naval it felt like ages as he was dying to see Mahafrid. When he saw her, a part of him died – she looked frail and lifeless lying on the bed, surrounded by various medical equipment and accessories. Her eyes were half open with an empty look. “She’s been this way for almost a month,” her mother said, between uncontrollable sobs.

As per the doctors, only one in a hundred patients ever wakes up from this ‘sleep’. They were advised to keep talking to her, just in case… Naval sat by her bed and held her hand. “I’m sorry. I’m so sorry! See I got you a box of your favourite chocolates,” he said, as tears streamed down his cheeks. It felt like he was talking to a corpse. Overcome with grief and guilt, he refused to eat anything through the day. He paced around the room, tried talking to her but to no avail.

Around four in the evening sleep got the better of him and he dozed off … still holding Mahafrid’s hand. When he woke up it was dusk. Mahafrid’s mother was sitting at the far end of the room with a prayer book in her hand. Naval washed his face and walked upto the window – a flock of birds were flying in the crimson sky. A faint spot of light in the sky caught his attention. It was Venus – the star of love, the first in the evening sky. Overcome with nostalgia, he took it as a sign from above. He went to Mahafrid and whispered, “Look, Mahafrid, its Venus, the star of love… should I get it for you?” No reaction.

“It’s no use – she can’t hear or understand”, Mahafrid’s mother lamented. But it was Naval who was not listening. Gently and with all the love flowing from his heart, he took her pale and lifeless face in both his hands and tenderly kissed her – first on the forehead, then her eyes and chin. Tears rolled down his face as he repeated the same lines, “There! I’ve traced out a star of kisses on the face of my evening star, the first in my life.”

Mahafrid’s eyes faintly blinked and two tiny teardrops appeared to stream out of her lifeless eyes! Were theses her tears or Naval’s that had fallen on her face? No one really knew but there was a flutter of excitement in everyone’s heart. “She’s responding! She’s responding! She blinked! I saw her tears!!” Mahafrid’s mother cried with joy.

The doctor wasn’t particularly impressed. “Her pulse and heartbeat are weak and she’s still not out of the woods,” he declared grimly. But Naval had mastered the art of turning a deaf ear to what he didn’t want to hear or believe! In his heart, he knew Mahafrid had responded, and if he could revive their love in her, she would also revive from her deep sleep.

For the first time, Mahafrid’s mother hugged Naval with warmth. “You think she has recognized you?” she asked. Naval smiled at her saying, “I’m not sure if she recognized me, but this much I know… she has felt my love and my sincere gesture of forgiveness. Yes, indeed, my evening star, always the first in my life, has sensed and silently resonated with the language of love!”