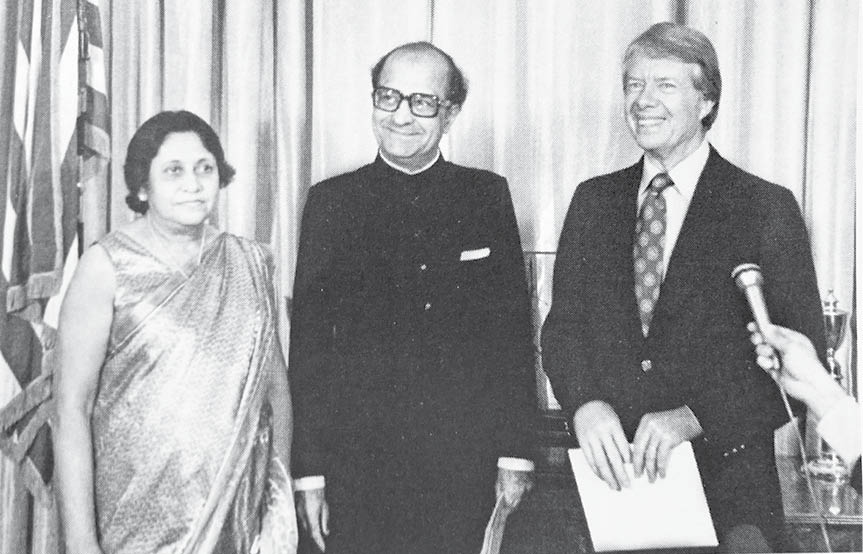 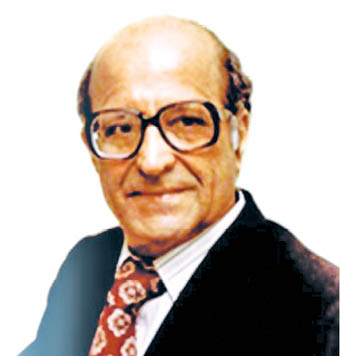 In addition to being a lawyer, Jayakar, who considers Nani Palkhivala his mentor, is also an ardent art collector and creator and curator of the Bombay High Court museum. He is a strong advocate of getting the GoI to posthumously award the ‘Bharat Ratna’ to late Palkhivala and has started a campaign, supported by the Attorney General of India.

Padma Vibhushan (late) Nani Ardeshir Palkhivala was an eminent Jurist, a courtroom genius and a compassionate lawyer, respected and adored by the Indian law fraternity. He was India’s ambassador to the US. Blessed with an exceptional oratory skill and eloquence in his writings, his convocation addresses, budget speeches and memorable lectures are reckoned absolute masterpieces in thought and content. He had co-authored the famous ‘The Law and Practice of Income Tax’. Palkhivala left behind a rich legacy of not just brilliant work ethics and exemplary court craft, but also of being humble, kind, intelligent, generous. His inspirational life journey leaves an indelible mark on all who get to chance it.

The webinar commenced with the WZCC Chairman, Mumbai – Tehemton Dalal welcoming the attendees from India and abroad. He shared how the WZCC has been increasingly facilitating networking, enhancing trade and most importantly, promoting the interest of the Zoroastrian community worldwide. He went on to introduce the speaker, renowned personality – B’bay High Court solicitor – Rajan Jayakar, and his varied achievements.

Jayakar delivered a comprehensive and excellent speech covering the life of Nani Palkhivala… Born on 16th January, 1920, to parents Sheherbanoo and Ardeshir, Palkhivala hailed from a middle-class Parsi family in Mumbai, with older sister Amy and younger brother Behram. Like many Parsi surnames, Nani’s too was derived from the vocation his ancestors practiced – making ‘palkhis’ (palanquins). He studied in Proprietary High School, Master’s Tutorial High School and liked reading books. He’d give tuitions to junior students and play the violin at Parsi weddings to earn money to buy books.

His love for philosophy, art, history, literature and science increased with age. His favourite authors included Macaulay, Emerson, Gardiner, Chesterton, Johnson, Shakespeare and Dickens. To overcome his impediments of a stutter and the writer’s cramp, he participated at the age of 11, in an elocution competition, speaking on the topic, ‘Try and try until you succeed’, for which he won a special mention for effort.

Having completed his matriculation in 1936, BA in 1940 and MA (English Literature) in 1942, Nani started his practice in the chamber of Sir Jamshedjee Kanga, after finishing his LLB in 1944. Sir Kanga’s teamed with established senior advocates including Hormasjee Seervai, Marzaban Mistry, Rustom Kolah and Kharshedji Bhabha. Since Kanga’s practice mainly comprised taxation laws, Nani would draft opinions to be given by Kanga, most of which would be delivered unchanged by Kanga.

Nani married Nargesh Malbar on in 1945 (Albless Baug, Mumbai). In 1950, he wrote the Magnum Opus – ‘The Law and Practice of Income Tax’. Though the authors were mentioned as Kanga and Palkhivala, Kanga publicly shared it was out of respect that his name was added and the entire work was to Nani’s credit. He wrote a series of popular books and authored several articles for prestigious publications.

He represented over 1,500 major cases, including cases under Taxation laws, Constitution and Company Law. He was also offered the position of Attorney General of India and also direct elevation to the Supreme Court of India but refused both positions, saying that he would serve the citizens better by remaining an independent advocate. Nani represented India in 1966-67 in the Boundary Dispute near the Rann of Kutch against Pakistan before the Indo-Pakistan Western Boundary Case Tribunal. In 1971, he represented India against Pakistan in the Indian Airlines hijacking case before the International Civil Aviation Organization at Montreal. In 1972, also represented India against Pakistan in Indian Appeal to International Court of Justice. He argued numerous historical cases in India and abroad, including the IC Golaknath V/s State of Punjab-Fundamental Rights Case; Madhav Rao Scindia V/s Union of India-Privy Purse’s Case; RC Cooper V/s Union of India-Bank Nationalization Case; including the eminent HH Kesavanand Bharati V/s State of Kerala-Basic Structure case and the HH Kesavanand Review Case.

His oratory skills were not limited to the court room or the diplomatic arena. He was acknowledged as India’s foremost public speaker on taxation and fiscal policies of Government. His oratory analysis of the Union Budget held the public spell bound. Nani’s first budget meeting was held in March 1958 in Mumbai with A D Shroff and M R Pai. Due to space shortage, Nani’s budget speech was shifted from two venues to the CCI East Lawns to accommodate the public! But as his mesmerizing speeches gained greater clout, even this venue had to be changed to the Brabourne Stadium (1983) with over one lakh attendees! He continued delivering his speeches here till his last speech in 1994. The guests would include personalities including Field Marshal Sam Maneckshaw, Lord Roll of Ipsden, Vijay Merchant and Madhav Apte – the President of CCI.

The legal adviser to the entire Tata Group and the right-hand man of the Chairman JRD Tata, Nani served as Chairman of TCS, ACC, Voltas and TATA Exports and Vice Chairman of TISCO AND TELCO, Director of Tata Sons, SKF Bearings and NOCIL. He was also on the board of RBI, ICICI, Press Trust of India and several overseas companies and was also elected as a Hon. Member of the Academy of Political Science, New York. In 1977, he addressed the United Nations General Assembly against the apartheid policy of South Africa, asserting the principles of human dignity, equality and freedom. A year later, he was conferred the Hon. Degree of Doctor of Laws by Princeton University (USA).

Palkhivala received great recognition and honour from academics, academic institutions and the government. In 1993 he was honoured as ‘Person of the Year Award’ by the Limca Book of Records. In 1998, he was conferred with the degree of Doctor of Laws by the Bombay University and in the same year, was conferred the Padma Vibhushan by the President of India. In 2000, he was also conferred the degree of Doctor of Laws by Manipal Academy of Higher Education.

Jayakar described Nani as a perfectionist, completely dedicated to his work, an exemplary time-manager who was always compassionate, loyal and considerate towards his colleagues and friends. He loved India and appeared for the Government pro bono. He was blessed with a photographic memory. A devout Zarthosti, Nani practiced the tenets of Good Thoughts, Good Words and Good Deeds, while respecting all religions. A generous and charitable soul, Nani donated 10% of his net income yearly to Bharatiya Vidya Bhavan. He bequeathed shares worth Rs. 51.61 lakhs and fixed deposits worth Rs.2 crores to the Medical Research Foundation of Sankara Nethralaya (Chennai).

Unfortunately, Nani suffered a paralytic stroke in 1996 and had to eventually free himself of his professional commitments. While his wife passed away in June 2000, Nani breathed his last on 11th December, 2002. Postage stamp and First Day Cover in Nani Palhivala’s honour was released on 16th January 2004 by then PM Atal Bihari Vajpayee.

A Q and A session with the audience post Jayakar’s the speech, was followed by the vote of thanks given by Percis Dubash.