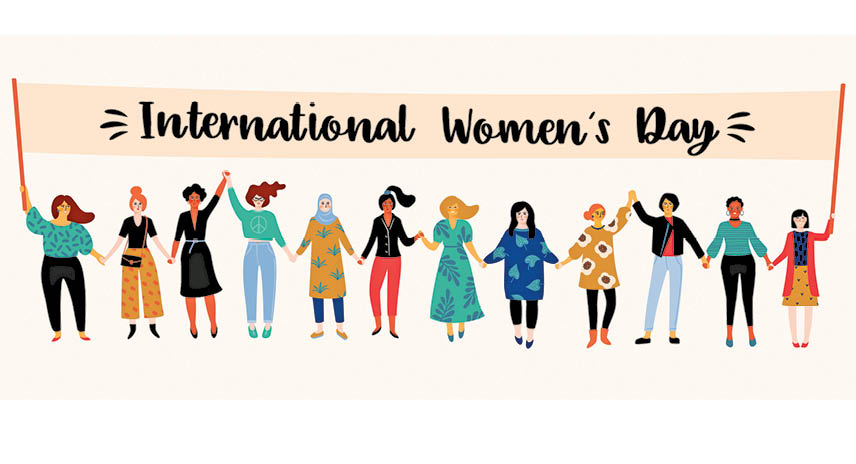 Ah yes! Every year March 8th is celebrated as International Woman’s Day, solely dedicated to the more or less 3.82 billion women that make up the population of the world, according to a 2019 census. By the number itself, a celebration is certainly in order, keeping in mind how female infanticides prevailed rampantly across India and in numerous places worldwide, till not too long ago. Women have, since, certainly come a long way, baby!

International Woman’s Day is a story dated back to 1917, after women gained suffrage (the right to vote) in Soviet Russia. March 8th, since, became a national holiday, predominantly celebrated by communist countries until it was adopted in 1967 by the Feminist Movement. In 1977, the United Nations recognised the day and started celebrating it as ‘International Women’s Day’.

While women are seen as a personification of love, beauty, grace, resilience and strength, it naturally follows that women should be celebrated on a regular basis in honour and appreciation of their contributions. Aimed at spreading awareness about women’s rights and gender equality, this day celebrates social, economic, cultural and political achievements of women, the world over.

The theme for International Women’s Day 2021 is simple yet powerful – ‘Women In Leadership: Achieving An Equal Future In A COVID-19 World’. Women have stood at the front lines from the beginning of the pandemic, doing their best, working shoulder to shoulder as health-care workers, caregivers, innovators, community organizers, etc. They’ve displayed exemplary and effective leadership in combating this challenge. The crisis highlighted both – the centrality of their participation, as well as the disproportionate burdens that women carry. This year will underline the tremendous contribution by women and girls, around the world, in shaping a more equal future and their involvement in the recovery and healing from the COVID-19 situation.

International Woman’s Day is a once-in-a-year chance to remind governments, businesses and everyone else that women have rights too. Gender equality is imperative. While some women may have not encountered discrimination or harassment, or faced systemic barriers on their way to success, it’s certainly not the experience of all women. In fact, these women should take on the pivotal role of supporting their less fortunate sisters. International Woman’s Day is an opportunity for all to acknowledge this disparity, not only among genders but within it as well. We have faced compounded challenges because of colour, creed, disabilities and discrimination. Now is the perfect time to shed these old delusions of gender-disparity. The time is perfect for partnership, not polarity.

Woman’s Day serves as the perfect opportunity for women to be mobilized to action by conversations surrounding sexual harassment, equal pay, threats to reproductive healthcare and more. It doesn’t seem likely to lose flavour or momentum any time soon. While days like International Woman’s Day are indeed times to celebrate the gains that have been made and to measure how far we have come, it’s equally important to see that there are many more steps to handle the challenges ahead.

International Women’s Day is a time to reflect on progress made, to call for change, to celebrate acts of courage and determination by extraordinary women. There are also silent contributions by everyday women too – the mothers, sisters, daughters and caretakers. They toil and struggle without a word or a whimper. These women are also heroes, having played roles towards the history of their countries and communities.

The world has undoubtedly made unprecedented advances, but no country or nation can truly boast of achieving complete gender equality. Fifty years ago, we landed on the moon; in the last decade, we’ve discovered new galaxies and stars.  We’ve even photographed a Black Hole and sent NASA rovers and a Lander to Mars. But in the meantime, legal restrictions have kept 2.7 billion women from accessing the same choice of jobs as men. Less than 25% of all parliaments have women even today. And as of 2021, one in every three women still experiences gender-based violence.

Women, today, are the real architects of society. They have a goal here and while we rebel and struggle endlessly against gender bias and discrimination, we need to remember as well, that the most important thing women can do for another is expand her sense of possibilities. Feminism isn’t about making women strong. Women are already strong. It’s all about changing the way the world perceives that strength. There is really no limit to what we as women can accomplish. In the words of one such great woman, Margaret Thatcher – “If you want something said – ask a man; if you want something done – ask a woman!”

There is something so fierce about a woman who dominates in a man’s world. It takes a certain grace, strength, intelligence fearlessness and the nerve to never take no as an answer. Women should not wish to have power over men, but over themselves. Every woman’s success story should be an inspiration to another. Women are strongest when they cheer each other on. Celebrate this year as a woman. We need to live in a world that idolizes womankind everywhere, a world that loves, cherishes and respects woman everyday, in every way.

Happy Woman’s Day to all you terrific, splendid women out there!