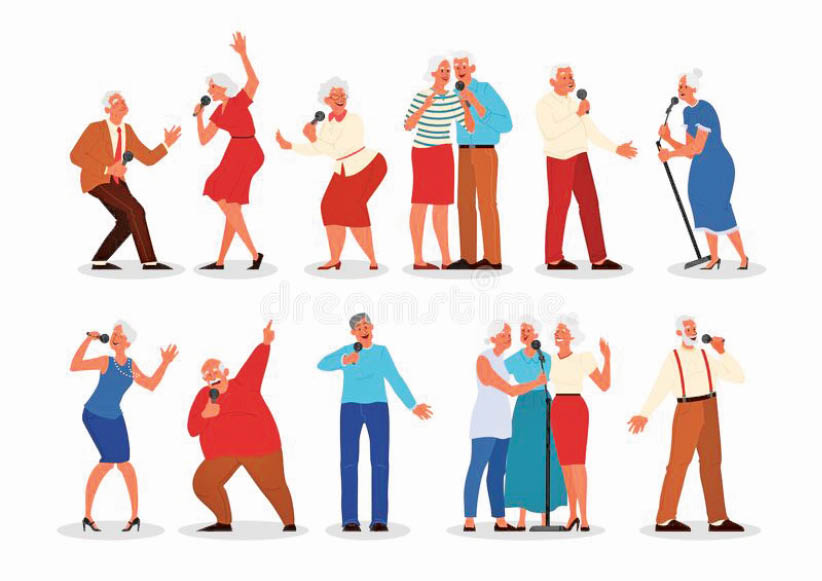 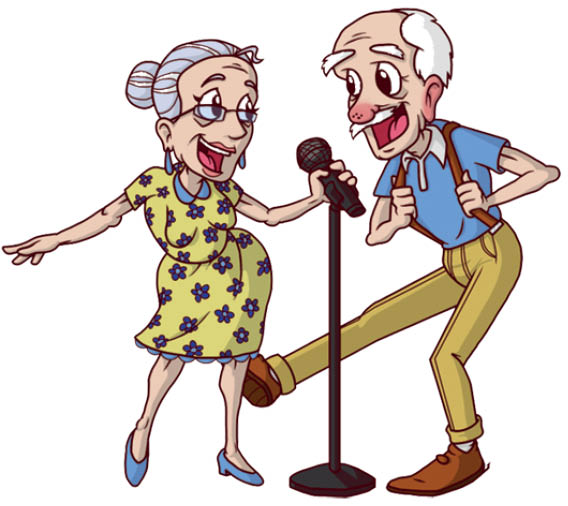 Meherbai’s Mandli had grown up on a staple diet of Hindi movies and Hindi film songs. They could sing any song from any era with great enthusiasm in their usual besura musicality. They had no gyaan of raag, soor or taal, but their love for music was unmatched! Meherbai Mangeshkar suggested a musical evening at her house and her ever-supportive husband of 54 years, seconded her, saying, “If music be the food of love – play on!”

Meherbai: Farida, my darling, I shall order the choicest Japanese food from ‘Origami’ restaurant at Powai plus an authentic Tiramisu with coffee-liquor from the President Hotel for us!

Themul: Hormusji ney consolation prize aapyu. I don’t like Soli because whenever he does a koti (embrace) to woman, his hands go up and down, from side to side like an octopus!

Chibavli Chadan: Maybe he was an octopus in his last life!

So finally, the musical evening started at Meherbai’s, with everyone gathered in her spacious hall. Soon, the door-bell rang. Farida ran to open the door shouting, Japanese food has come! She opened the door saying, “Mushi Mushi,” bending from her waistline (actually a waste-line) like the Japanese.

Farida: I know the answer to this riddle – its’ Dara Khodaiji who writes in Parsi Times!

Meherbai: It’s not a riddle, you akkal ni dushman! My Mehloo is starting the musical evening. Who will sing first?

Abbhan Aban: Marerey! Her Jiya, Jaan, everything is burning! These are symptoms of high fever!!

Keki KK: Forget film. I’m singing this song because I am suffering from insomnia.

Silloo Sexophone: No film. She’s telling us about her old forgetful husband who always leaves the tap open.

When Tansen sang this song in Emperor Akbar’s court in the darkness of night, thousands of lamps lit up! When Homi sang ‘Diya Jalao, Dhobi Talao…’, the lights in Meherbai’s house suddenly went off! Meherbai brought in a lot of scented candles and lit them. As a result, the atmosphere became romantic, even as some members asked Homi, “Tu Tansen ni aulad che soo?”

Soona Sample: This reminds me of my brother Faredoon who sings this every time his wife runs away to her mother’s house!

Meherbai: Ok-ok! I’m serving the food in a few minutes.

Clever PT readers know who ate the most? Bingo! Farida, the super-Khadhri. She also ate up a lot from poor Hormusji’s plate!

Aimai Einstein: Havey bas! Enough! Any more Japanese food and our eyes will become chinky too and we’ll all look like Choochi-aankh wala Japlas and Japlis!

On this note, the Mandli did Kisi-koti, Ta-ta, Bye-bye, God Bless You and left Meherbai’s house, singing, ‘Sayonara, Sayonara’, from the 1966 film – Love In Tokyo!