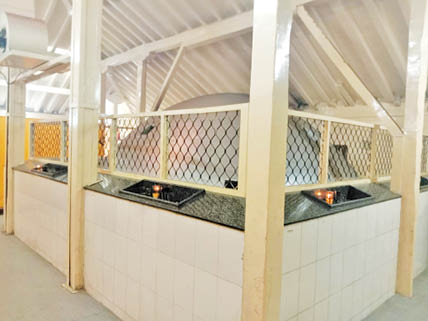 On April 21st, 2021, Adar Mahino – Adar Roj, Banaji Limji Agiary celebrated its 312th Salgreh, in Mumbai. It was built in 1709 by Banaji Limji, a migrant trader from Surat who grew to become a wealthy ship-owner and rose to the status of Davar (dispenser of justice) and later treasurer of the Parsi Anjuman. Banaji Limji Agiary is Mumbai’s oldest surviving repository of the Flame; through three centuries, the Fire has been nurtured undisturbed within the Agiary’s spartan, quiet, precincts – protected by encircling fortress-like walls, cupped in the hands of purpose and devotion of a procession of Trustees from the Banaji family, and nurtured by the ministrations of devout Panthakis.

Banaji Limji Agiary was destroyed in the great fire of 1803 and rebuilt by the Banaji family, with the sacred Fire re-enthroned on April 15th, 1845. Subsequently, there have been periodical repairs and renovations to the edifice and internal structure.

The Agiary re-opened to the Zoroastrian community with a re-enthroned fire, after a hiatus of almost two years spent in major repairs and renovations (severely delayed by the Covid-19 pandemic) thanks to the generous grant of Rs 50 lakhs from devoted patrons of the Agiary – the sisters, Arni and Mani Daruwala, in memory of their late parents – Goolbai and Pirojshaw Jeejeebhoy Daruwala. The Agiary has been newly painted internally and externally; the Dadgah room is tiled; Electrical fittings and fixtures have been revamped with new LED lights, ceiling and exhaust fans and water pumps; Bathrooms have been modernized; fixtures have been replaced and polished; the Gumbaj area has been renovated and the roof has been repaired for all leakages; the Agiary’s main entrance has been given a facelift. 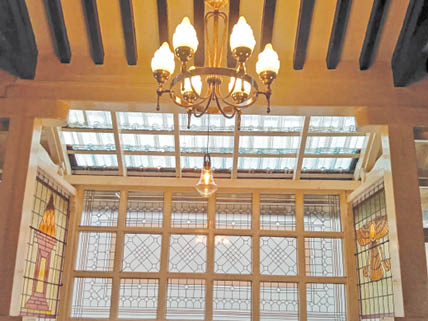 When the total expense outlay exceeded the munificent benefaction received from the gracious Daruwala sisters by almost Rs 20 lakhs, the Agiary providentially received another magnanimous donation from a donor who prefers to remain anonymous. To all these personages the Trustees Adi Burjor Banajee, Jamshed Dady Banaji, Burjor Edulji Banaji and Noshir Adi Mehta humbly offer their deepest gratitude.

The Trustees regret not being able to hold a valedictory function to express their deep-felt appreciation of the donors’ handsome gestures, and also of the quiet and sincere services to the Agiary, especially of its current incumbent Panthaki, the noble and amiable Er. Hoshedar Godrej Panthaki, who has held the post most capably for the last 12 years, and of the other staff of the Agiary and Trust, notably the office manager – Mr. Mama. 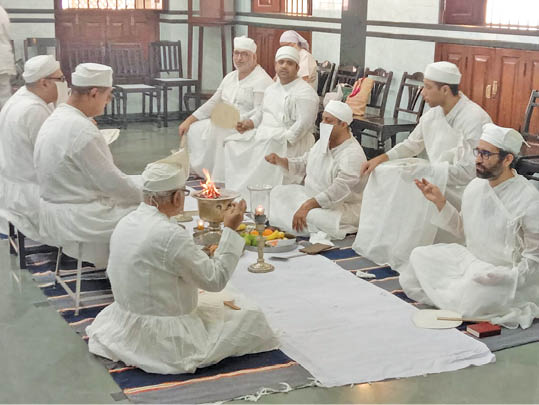 The Trustees also remember with gratitude the services to the Agiary and Trust of the past Panthaky, late Er. Godrej Rustomji Panthaki, who served as Mobed for 48 years, 25 of these as Panthaky. Similarly, the Trustees also prayed for ex-Trustee, late Hoshang Nadirshaw Wania, an ineluctable member of the Trust for 40 years.

May the Zoroastrian community be forever guided by the light of the holy fire of Adarian Saheb, and may it fulfil its work within the necessities and conditions of our common human destiny, safeguarded by the perennial and sacred presence of ancient institutions like the Banaji Limji Agiary.