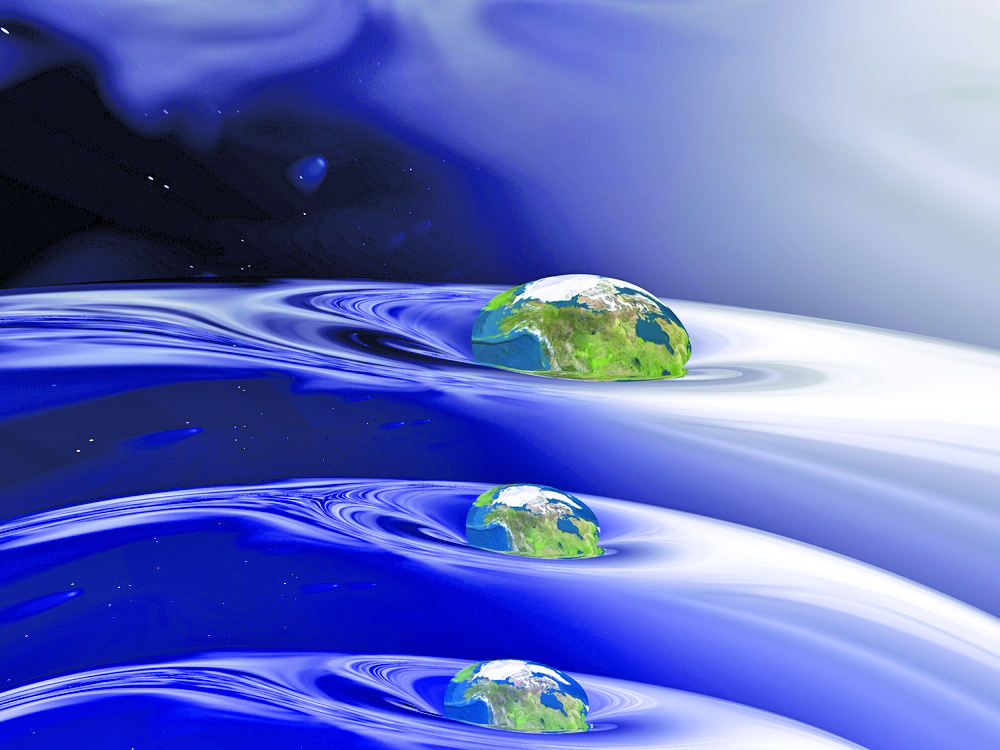 With every 206 bones in our narcissistic bodies, as humans we are made to believe in the singular, exclusive reality of our existence, not only on the earth, but within and outside the realms of our universe. So, is our universe really unique? Are we to conclude that life, existence and all our realities began with the Big Bang and proceeded to where we stand now? Or do you believe ‘the possibility of alternate probabilities’ as well?

For some time now, from science fiction to science fact, there’s a concept brewing that strongly suggests there could be other universes, besides our own… that your choices made in this life have and can be played out differently, altering realities. Oh yes! The idea is pervasive in comic books, video games, television and movies. They’ve depicted time-travel and finding oneself in a reality that either reflects the past, the future, or even a completely convoluted version of the present!

This idea of a ‘Multiverse’ (multiple universes) didn’t just get thrust onto society by simple imaginative and supercharged sci-fi writers alone. It’s been born of other premises including the String Theory and Quantum Mechanics. A multiverse is believed to be teeming with other universes that could be nearly identical to ours or unimaginably different. Either way, the realms of parallel universes open up tremendous amazing and mind-boggling possibilities for scientists and sci-fi buffs alike.

The most concentrated element arousing curiosity and piquing interest is the existence of our doppelgangers (look-alikes) in it. Would this alternate version of you, in an alternate universe or reality, experience and behave differently? Would you exhibit the same mindset or physical attributes (say a limp or a lisp) or would it be an entirely different physical reality? Would the laws of nature be necessarily the same or different?

According to MIT mathematician and cosmologist – Max Tegmark, a Parallel Universe could be of four kinds:

Even as we contemplate the concept of a Multiverse, many scientists have dismissed it completely, based on the assertion – If you can’t leave our own universe, then there is actually no premise to prove other universes exist. So how can we prove then that we may be living in a multiverse? If our universes collided with each other, it would certainly offer some evidence – though surviving such an encounter would be highly improbable! Another possibility could be a tear in the fabric of space and time – What if we discovered a portal that allowed us free entrance and exit from our universe into another and back? What would we see, experience and believe?

There was a time when universe meant ‘all there is’… everything. The very idea of multiple universes – more than one everything – would be a contradiction in terms and a paradox! Yet, a range of theoretical developments has gradually qualified the interpretation of universe. To a physicist, it largely depends on context. Sometimes, ‘universe’ still connotes absolutely everything; at other times, it refers to only those parts of everything that someone (like you or I) could, in principle, have access to and believe. Sometimes, it’s applied to separate realms, which could be – partly or fully, temporarily or permanently – inaccessible to us in this sense, where the word relegates our universe to a membership of a large, perhaps infinitely large, collection.

With its hegemony diminished, ‘Universe’ now has other terms to capture its wider comprehension. Whether it’s Parallel Worlds or Parallel Universes or Multiple Universes or Alternate Universes or Metaverse, Megaverse or Multiverse – they’re all synonymous and embrace not just our universe but a spectrum of others that could be out there.

So, what actually constitutes a world or a universe? What criteria distinguish realms that are distinct parts of a single universe from those classified as universes on their own? Perhaps someday our understanding of multiple universes will mature sufficiently for us to have precise answers to these questions. In the end, labelling one realm or another parallel universe is merely a question of language. What matters, what’s really at the heart of the subject, is whether there exist realms that challenge convention, by suggesting that what we’ve long thought to be the universe, is only one component of a far grander, perhaps far stranger, and mostly hidden reality.

Is Heaven, then, really a realm, a possibility of a universe that exists in reality? A universe where our infinite soul (the conversion of energy from physical to an astral being) seeks to return? Are we on some level, as human beings, subconsciously aware all through the ages about this? Are our lifetimes simply a travel from and to different universes? It is not impossible to envision our universe as part of an unexpectedly larger whole. But the complexity of that whole and the nature of the member universes differing sharply, may yet be incomprehensible to the human mind and spirit.

Parallel universes, we believe are separated from us by enormous stretches of space or time – while some think they’re hovering millimetres away, for others, the very notion of their location proves parochial and completely devoid of meaning. Why then, can we not believe a similar range of possibilities in the way they can manifest by way of the laws governing them or the nature in which they exist? In some, the laws and nature could be similar to ours with perhaps a shared heritage, and in others, a form and structure unlike anything we can begin to understand, imagine or ever remotely believe. Therefore, the question really should be – not whether parallel universes exist, but rather, how and when will we be able to prove that they actually do!

About By Veera Shroff Sanjana

View all posts by By Veera Shroff Sanjana →