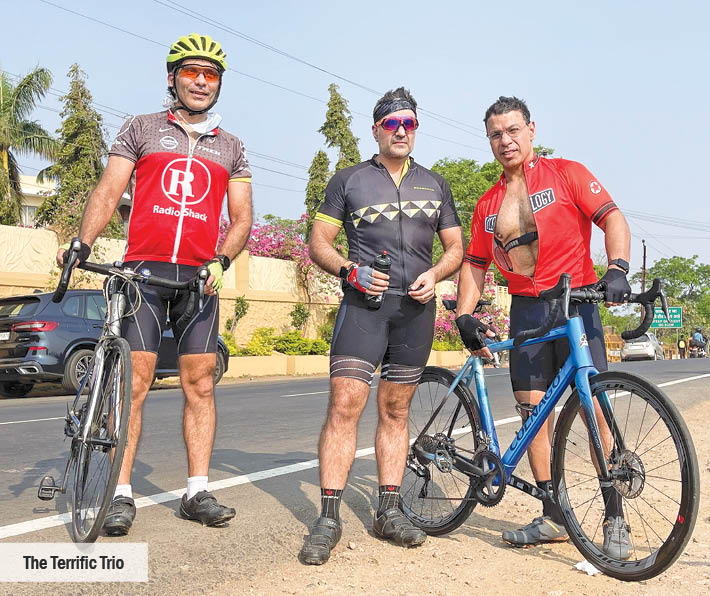 Oftentimes we wonder what is it that sets apart a few great men from the rest? … How do they do things differently? … What can we attribute their resounding success and achievements to? … Does greatness beget greatness? Maybe we can find some of the answers to these questions in an account shared with us by Dr. Cyres Mehta – India’s foremost eye surgeon, globally celebrated for his path-breaking achievements and research in eye care – as he joined his compatriots – Dr. Ashish Contractor – the nation’s foremost Cardiac Rehab and Sports Medicine legend, and Jamshid Pandole – Fitness icon and heir to the iconic Duke’s empire. 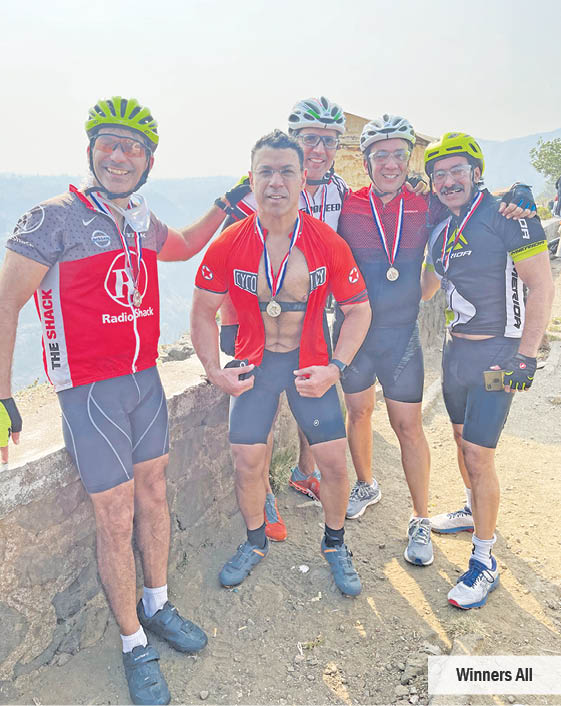 On 21st March, Jamshedi Navroz, most people get up late, eat breakfast and head to the Atash Behram to say their prayers.

However, on 21st March this year, Dr. Ashish Contractor, Jamshid Pandole and I met at 3:45 am in the early morning darkness and began cycling with a group of friends – heading to Khandala – a distance of 101 km from Colaba, Mumbai.

We had been practising under Dr. Ashish and Jamshid’s able guidance for four months before this, and since I had never cycled at all, this was quite a challenge! Ashish had said that getting to Khopoli would be easy, but climbing Bhorghat on tired legs could prove to be challenging! Well, the challenge was set; and our band of merry men set out to best it!

As part of our practice and training we had risen early on countless mornings, and from 5:00am to 7:00am, worn out the Mumbai roads on our trusted steeds!

On the D-day – we set out together and we reached Khapoli by 8:00 am. Now began the climb! I can honestly say that this climb was the hardest thing I have ever done physically, in my 50 years that I’ve lived on God’s green earth!

It took a good 40 minutes to traverse the 8 odd km, shedding blood, sweat and tears! But finally, like the peak of Everest coming into view, we were relieved to have summitted our challenge!

I believe that if you want anything bad enough and if you try hard enough, anything is possible!

I had the good fortune to be in stellar company, which helped too… Jamshid Pandole is the 43-year-old scion of the famous squash players of India and heir to the Dukes empire. He’s also the founder of Fitness Tech App Kratos AI. He loves to challenge himself every year with something new and exciting, and works towards achieving those goals regardless of the difficulties or sacrifices required. It’s inspiring that he never complains about waking up early or the potholes or darkness…. ‘that’s just life,’ he believes and takes it all in his stride…. and thrives on it!!!

When I mentioned in passing that it looked like it was going to be rather hard, he said, in his characteristic tongue-in-cheek style, “So what! If it were easy, everyone would do it and no articles would be written about you!”

Dr. Ashish Contractor needs no introduction – he is Head of the Cardiac Rehab and Sports Medicine at HN Reliance Hospital. Nothing less than a legend in the field, he has completed countless Iron-Man triathlons and the full 42 k Marathons!! It’s hard to believe that he is 50 years old, like me! He became even more popular when he personally undertook the cardiac rehab program for India’s then Prime Minister – Shri Manmohan Singh, in Delhi, with whom he stayed for weeks. We could not have asked for a better advisor and coach-cum-teammate!