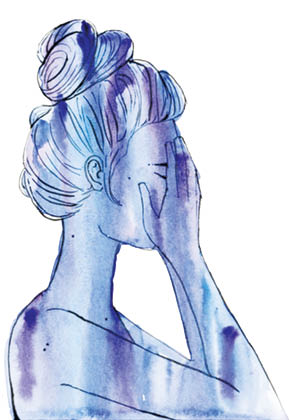 Forgive and Forget! Easier said than done. But come to think of it, unless you forgive and forget and move on with your life, you’ll be emotionally handcuffed to that person. The choice is entirely YOURS. Do you want to remain emotionally handcuffed to the past or move on with your life to seek more love, creativity, mutual-respect and friendship with other people who can enhance your life?

God expresses Himself as harmony, peace, beauty, joy and abundance through you. This is called the ‘Will of God’ or the tendency of life, which plays no favourites. God is life and this Life-Principle is flowing through you at this very moment. If your mind resists the flow of Life, the emotional congestion which builds up in your subconscious mind will lead to all sorts of negative and destructive thinking, for which you have to take the responsibility yourself – God has nothing to do with it! Our negative and destructive thinking brings about these conditions.

It’s common, almost habitual, to set up mental blocks by blaming God for all the sins and sufferings of mankind. Even the pains, aches, loss of loved ones and accidents are blamed on God – in fact He is supposed to be responsible for all aspects of one’s misery. As long as these negative aspects of God are entertained, the sub-conscious mind will really start believing in it. Such people do not know they are punishing themselves! They need to see the truth and find release, and give up all condemnation, resentment and anger against anyone or any power outside themselves. Otherwise, they cannot go forward into a healthy, happy or creative activity. The moment these people entertain a God of love in their minds and hearts, and when they truly believe that God is their Loving Father who watches over them, guides them, sustains and strengthens them, this concept and belief about God or the Life-Principle will be accepted by their sub-conscious mind; they will find themselves blessed in countless ways.

Just look at what happens when you cut your finger accidentally. Life forgives you – the subconscious intelligence within you sets about immediately to repair it. New cells build bridges over the cut. Should you take some stale food by error, life forgives you and sets things in motion to protect your health. If you burn your hand, the Life-Principle gives you new skin, tissues and cells. Life holds no grudges against you and is always forgiving! Life brings you back to health, gives vitality, harmony, peace, if you co-operate by thinking in harmony with nature. Negative, hurtful memories, bitterness and ill-feelings will clutter up and impede the free flow of the Life Principle in you.

There was a man who worked every night well past midnight, paying no attention to his two small boys or his wife. He was always too busy, working hard thinking people should pat him on the back as he worked so arduously. He developed high blood pressure because of guilt. Unconsciously, he was punishing himself by extreme hard work. A normal man does not do that. In fact, no normal man would shut his wife out of his world. His Parish priest asked him the reason for his working so hard. It turned out he nurtured deep guilt towards his brother with whose wife he had an affair.

Then his priest explained to him that God does not condemn or punish anyone, and that all his suffering was due to the reaction of his subconscious mind to his own negative and destructive thinking. He had cheated on his brother at one time, and the brother had now passed on. Still, he was full of remorse and guilt. The priest asked him, “Would you cheat your brother now? He said, “No”. “Did you feel you were justified at that time?” His reply was “Yes”. The priest added, “You have a greater reason and understanding now. Forgiveness is to forgive yourself. Forgiveness is getting your thoughts in line with the divine law of harmony. Self-condemnation is called ‘hell’ and forgiveness is called ‘heaven'”. The burden of guilt and self-condemnation lifted from his mind and began healing. Soon his blood pressure normalised.

The same Parish Priest told his congregation of another incident he’d come across. A man who had murdered his best friend many years ago came to him and confided he was suffering great mental anguish and torture believing that God would punish him. He explained that his friend was having an affair with his wife and he had shot him on the spur of the moment. This had happened twenty years ago. In the meantime, this man had married an American girl and had been blessed with three lovely children. He was in a position where he helped many people and was a transformed man but still suffered from massive guilt.

The priest explained to him that physically and psychologically he was not the same man who shot his brother, since scientists inform us that every cell of our body changes every eleven months. Moreover, mentally and spiritually – he was a new man. He was now full of love and goodwill for humanity. The ‘old’ man who had committed the crime twenty years ago was mentally and spiritually dead. Actually, he was condemning an innocent man! This explanation had a profound effect on him – a great burden had been lifted off his mind and he was ready to rededicate himself, with even greater vigour, to the good he was doing to others and society in general.

Indeed, it is such a liberating experience when you learn to forgive yourself, let your burdens go, and step into a new path of promise and possibility!