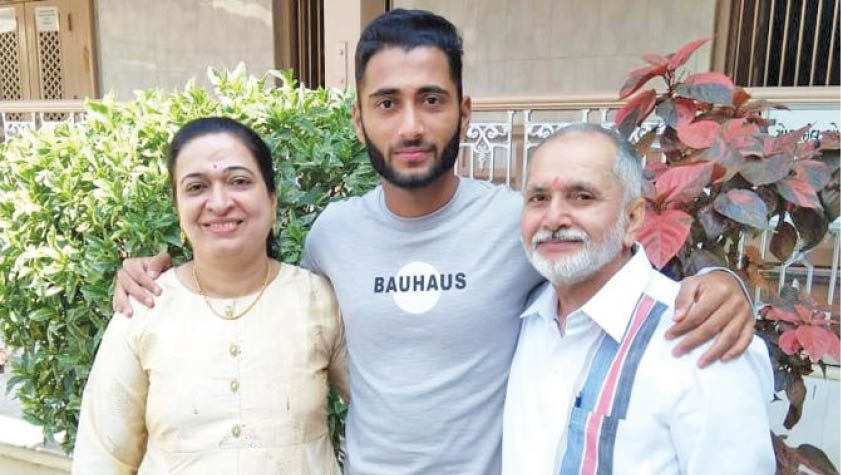 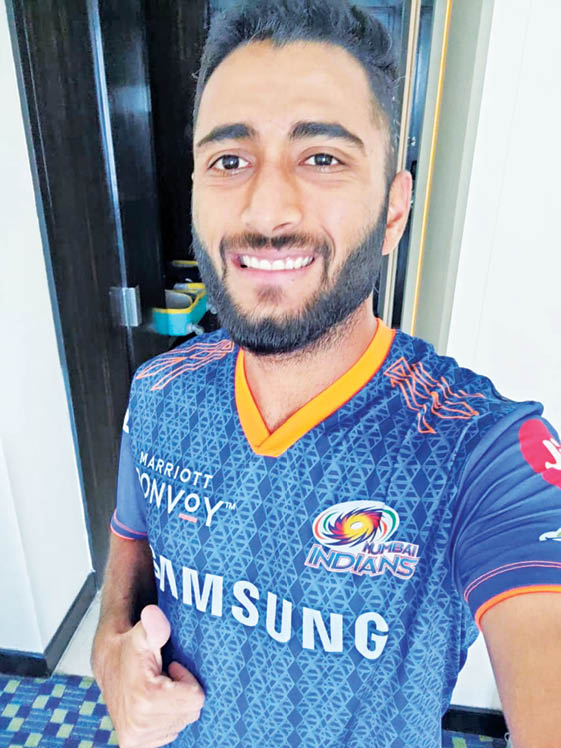 7th May, 2021 proved to be a day of great jubilation and happiness for our community worldwide – and probably one of the happiest days in the lives of Nargol’s Nagwaswalla family – since our very own, young and talented left-arm pacer from Gujarat – Arzan Nagwaswalla was selected as part of the Indian Cricket Team!! The community is elated to see a Parsi in Team India after 28 years, with ‘apro’ ever-so-popular Farokh Engineer having played his final Test for India in 1975, while Diana Edulji’s last game in the Women’s team came in July 1993.

It is a major breakthrough moment for 23-year-old Arzan Nagwaswalla, who made his first-class debut for Gujarat back in 2018 and has picked 62 wickets in 16 first-class matches so far. Arzan was selected as one of the four stand-by players for Team India by the BCCI, which announced the 20-member squad for the upcoming tour of England for the World Test Championship finals against New Zealand in Southampton; followed by the Five-Test series versus England.

Arzan has produced top class cricket for Team Gujarat across all formats, especially in the last two years and has been rewarded for his performances. He picked 62 wickets in 16 First Class matches at an average of 22.53, while in List A games, he snapped up 39 wickets in just 20 matches; and in his 15 T20s he grabbed 21 wickets.

Speaking to Parsi Times on his Team India selection, Arzan said, “I was told earlier in the day that I’d be receiving a call with good news. Honestly, I had no clue what it would be. I was on my way home after IPL was called off, at Baroda, when I got the great news of my selection into the India squad. I was thrilled! I didn’t expect the call up so early – it was a surprise. The first thing I did was call up my parents and brother Vispi – they were elated and all had tears of joy and pride!”

As a left-arm pacer, Arzan’s presence will be advantageous for Team India, in keeping with his spot-on bowling angles and his ability to swing the ball both ways. His opponents fear his lethal bouncers due to his accuracy.

Former India cricketer and Arzan’s Gujarat team coach, Sairaj Bahutule has been instrumental in grooming Arzan. Speaking to PT, he told us, “When I joined, Arzan had just entered the team and was trying to cement his place in Gujarat. He always bowled well and created a space for himself to get selected. In the last two years, he’s done brilliantly in the Ranji Trophy and in white-ball cricket, growing from strength to strength with his skill sets and being a team player. I’m delighted that he has got this opportunity. He I,s self-driven with excellent work ethics. He’s sincere and dedicated with his game and his approach to life. We lovingly call him ‘Bawa’. He will undoubtedly be an asset for Team India in the coming years. I wish Arzan the very best – success is his for the taking!”

Further talking about his wonderful learning experience, being a part of the Mumbai Indians (MI) camp as a net bowler during IPL 2021 while rolling his arm to the likes of skipper Rohit Sharma, Pollard, Surya Kumar Yadav and Quinton de Kock, Arzan shares, “I had great interactions with them all at MI during nets and training. I got good exposure bowling to these greats of the game. All the cricketers were very approachable and would always guide us.”

Beaming with joy while speaking about his idol – Zaheer Khan, and having closely worked with him in Mumbai Indians, Arzan said, “When I met Zaheer Sir for the first time, I had no words and was completely in awe of him. It felt like he had just come out from the television set and was standing in front of me! He told me that my basics are strong, I have nice bowling action and advised me to concentrate on my training and fitness. He is very approachable and always shared his valuable and honest opinions regarding my performance.”

On creating history and carrying the rich Parsi legacy forward after 28 long years in Team India, Arzan said, “Carrying forward the Parsi legacy is an absolute honour and I really hope now that other youngsters from our community will start playing the sport. I just want to focus on my process because I believe that the results will automatically follow. I need to leave a good mark in the UK with my bowling abilities. I thank and request all our community members to continue supporting and showering your blessings on me.”

Even as aapro Arzan looks forward to joining Team India and continue practicing and bettering his game, we at Parsi Times are proud and privileged to have been a part of his journey since the very beginning! Here’s wishing Arzan all the very best – we keenly await to see him don the Indian colours soon!