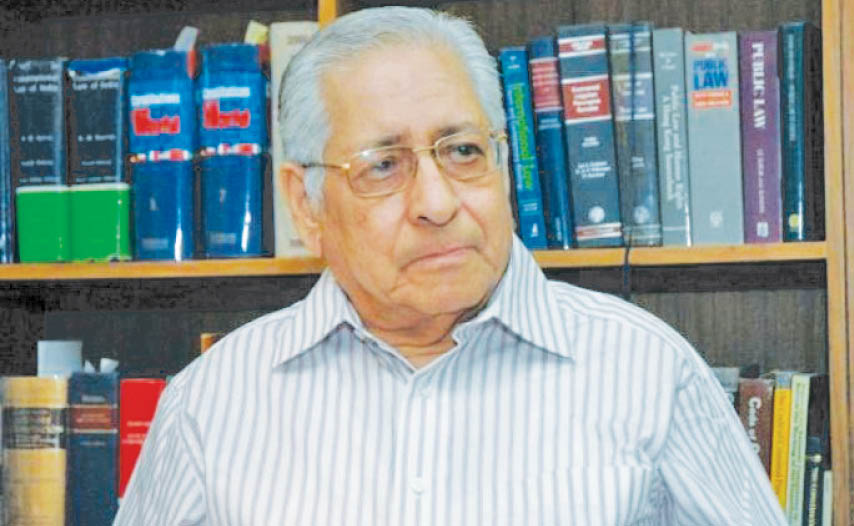 Veteran advocate and India’s former Attorney General, Soli Sorabjee, passed away on 30th April, 2021, after contracting Covid-19, at the age of 91, in a private hospital in Delhi, where he was admitted for treatment.

A Padma Vibhushan recipient, Soli Sorabjee was born in 1930 and served the legal profession for nearly seven decades. He enrolled at the bar in 1953 practicing at the Bombay Hight Court and was designated Senior Advocate by the Bombay High Court in 1971. He served as the Attorney General for India across two tenures – from 1989-90 and from 1998 to 2004 during the tenure of the first NDA government.

He was appointed by the United Nations as a Special Rapporteur for Nigeria in 1997 to report on the human rights situation there. He went on to become a member and later, the Chairman of the UN Sub Commission on the Promotion and Protection of Human Rights (1998 to 2004).

As per Chief Justice of India N V Ramana, Soli Sorabjee’s legal work was defined by his “humane and compassionate approach.” In a statement condoling his passing, CJI Ramana wrote, “Shri Soli J. Sorabjee served the office of Attorney General of India twice with great distinction. His body of work, spread over nearly seven decades, in defending the fundamental rights and human rights is of international repute. He will be remembered as a legend who added strength to the pillars of democracy. I pay my deep respect to the departed soul. Condolences to the family, friends and fans.”

Sorabji was honored with the prestigious Padma Vibhushan award – the second-highest civilian award in India – in March 2002, for his defence of freedom of speech and protection of human rights.