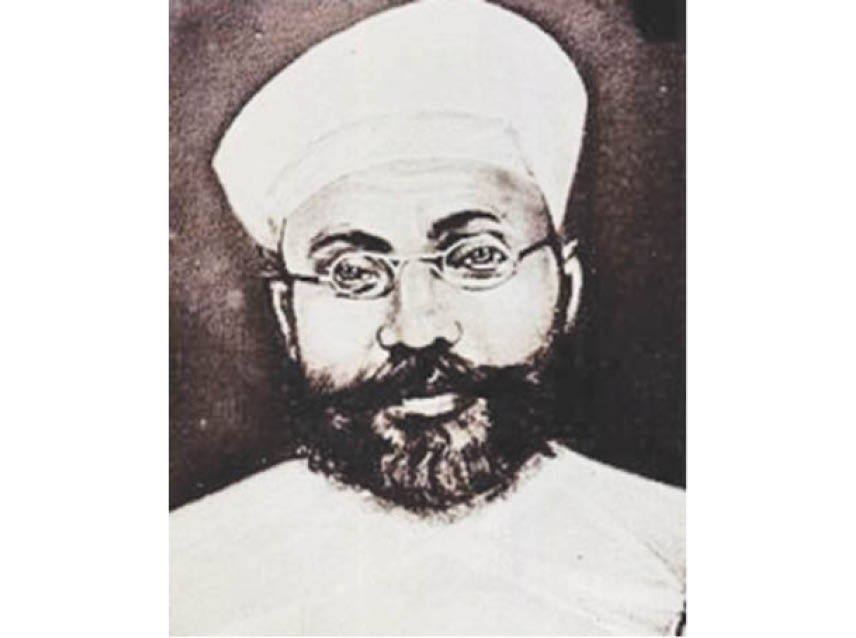 26th May, 2021 will commemorate the 190th birth anniversary of the saintly Zoroastrian priest, healer, astrologer and alchemist – Dasturji Jamshed Sohrab Kukadaru. He was born in Surat on 26th May, 1831 (Mah Ava, Roj Zamyad) and passed away on 5th September, 1900 (Mah Fravardin, Roj Behram) of the Shahanshahi Yazdezardi calendar. Even after close to two centuries, Parsi Zoroastrians remember him fondly and his portrait adorns several homes and places of worship.

Greatness Lies In Simplicity: One of the first lessons we learn from his life is simplicity. He could have amassed enormous worldly wealth with the powers that he possessed but chose to live his life with austerity, piety and frugality. He was Panthaky (Managing Priest) of the Kapawala Agiary and commanded the respect of his peers and the Behdin (laity). He washed his own clothes and ate only one meal a day which consisted of rice and ghee (clarified butter) which he used to cook by keeping a vessel filled with rice under the rays of the sun and reciting sacred Avesta verses. He was a vegetarian by choice and spent most of his time offering prayers.

Although the title of Dastur (High Priest) was conferred on him posthumously, the Behdins regarded him as a Dastur even during his lifetime. Whenever he attended a wedding or navjote, the whole gathering would stand up as a mark of respect. Indeed, the greatness of this saint was in his simplicity!

Priest, Not A Pedant: Kukadaru saheb had comprehensive knowledge of Avesta and Pahlavi. He served as a teacher at the Seth Jijibhai Dadabhai Zend Avesta Madressa at Fort, translated certain volumes of the Pahlavi Dinkard and contributed regularly to the journal – ‘Yazdan Parast’. He also brought out various booklets, one being ‘Khoasa-e-afringan’, where he advocated reciting the ‘Tao ahmi nemane’ karda.

Kukadaru saheb is also reported to have participated in the famous Mazagaon Navjotes. Reportedly, in 1882, a group of poor dock workers living and working in the Mazagaon Docks appealed to various priests and also petitioned the Bombay Parsi Panchayet (BPP) to be admitted as Parsi Zoroastrians, despite being born of mixed parentage (Parsi father and non-Parsi mother). About two hundred prominent Parsis collected funds and eminent priests (including Kukadaru saheb and Dastur Jamaspji Minocherji) performed the mass Navjote ceremony, in the presence of a large gathering, on 26th June, 1882. Eleven navjotes were performed and this event was duly reported in the Mumbai Samachar, Jam-e-Jamshed and Parsi Prakash.

Accuracy In Astrology: Kukadaru saheb is believed to have accurately predicted the day and time (to the hour) of Dastur Peshotan Sanjana’s death as also the death of Queen Victoria and Sir Dinshaw Petit. Once, when a marriage procession was passing through Chira Bazaar in Mumbai, Dasturji sent word that the procession should halt for about an hour. No one paid any heed. Shortly, there was an accident where the bridegroom died on the spot.

The lesson we draw here is about Kukadaru saheb developing qualities of clairvoyance as a result of certain tarikat (spiritual discipline), amal (ritual power), manthravani (prayers) and leading a life of ashoi (righteousness).

Healer With A Heart Of Gold: Kukadaru saheb with the power of his ashoi (holiness/ righteousness) and manthravani (prayers), healed numerous ailing and suffering persons. For instance, when Jehangir Karkaria, a teacher at Bharda School, was just three, he developed severe jaundice and the doctors had given up hope. His grandmother took him to Dasturji at the Agiary. He made her sit at a certain spot with the ailing child in her lap. Dasturji sat at some distance and began praying after placing a brass bowl filled with clean well-water between them. As Dasturji prayed, the water in the bowl began to turn yellow and the child began to recover. The child grew up to be a well-regarded teacher and mathematician and died at a ripe old age.

Among spiritual healers it is a well-known fact that a healer’s power stems not from any special ability, but from maintaining the courage and awareness to embody and express the universal healing power that every human being naturally possesses. We can all heal.  In the words of the Nobel laureate Dr. Alexis Carrel: “When we pray, we link ourselves with inexhaustible motive power that spins the universe. Whenever we address God in fervent prayer, we change both soul and body for the better.”

The moral of this story is religion and spirituality should be faith fortifying and a source of comfort, peace and inspiration in community living.

The miracle for which Kukadaru saheb is most renowned is connected with the establishment of the Anjuman Atash Behram. Reportedly, Kukadaru saheb transformed an ordinary mud brick into a large bar of gold by chanting Avesta prayers through the night. This was on request of Zoroastrian devotees to cover a shortfall in funds required for constructing the Anjuman Atash Behram building at Dhobi Talao, Mumbai. Kukadaru Saheb requested High Priest – Dasturji Kaikhushru Jamaspji, to go to the next room and sell the item he would find there. The item was a gold brick, which, in those days, fetched a handsome sum of Rs. 10,000/-

It is likely that Kukadaru saheb was well-versed in the science of alchemy. We know today, in the light of modern science, that when the number of protons in the nucleus of an atom of any element is changed (i.e., increased or decreased) the element itself can change from one to another. Perhaps Kukadaru saheb with his ashoi and manthravani had the power to alchemize metals.

Amazing and extraordinary as this ‘miracle’ may appear, the famous English Scientist, Alfred Russell, believed, “a miracle is nothing but certain laws of Nature which we neither know nor understand.” Mystics like Dastur Azar Kaiwan, Dastur Meherji Rana and Dastur Kukadaru understood and knew these Laws of Nature and used them for benevolent purposes.

The lesson we learn from this episode is never to abuse the knowledge or power one is blessed with. Use it for the common good of others and not for selfish gain.

May Dasturji Jamshed Sohrab Kukadaru saheb’s blessings be showered upon one and all and may we continue to remain inspired with the stories and lessons of his pious life!