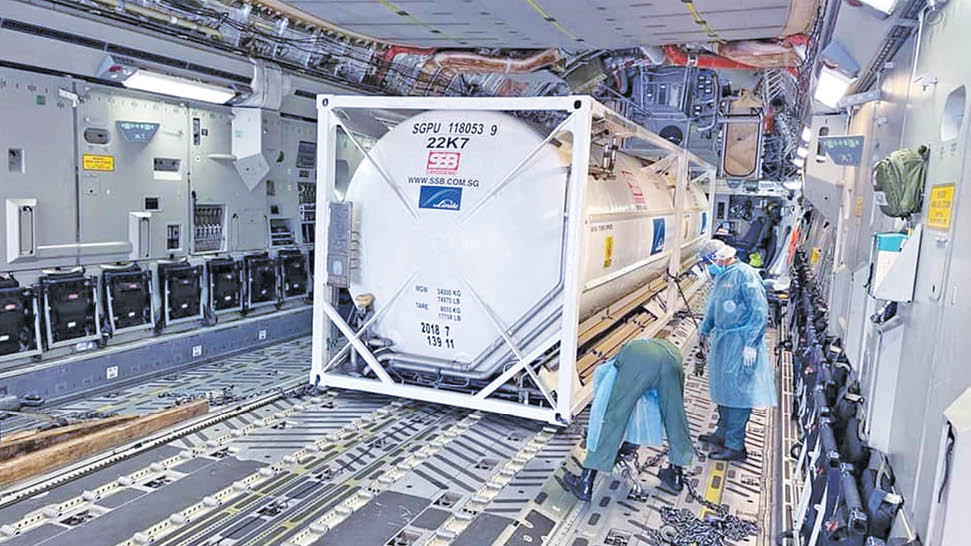 – Will Airlift 60 Cryogenic Tankers From Abroad –

As per news reports, the ever-philanthropic Tata Group is set to airlift 60 cryogenic oxygen tankers from abroad to build 400 oxygen generating units, for the use of hospitals in smaller towns during the pandemic. It has also made 5,000 beds available for COVID-care with its multiple firms putting up a concerted front to battle the second COVID wave. Tata Group is also re-skilling some of its employees, especially from Indian Hotels, which has converted many of its hotels into COVID-care facilities, to make good the shortage of support staff for patients.

Tata Sons President – Infrastructure, Defence & Aerospace and Global Corporate Affairs, Banmali Agrawala told the Press Trust of India, “We are making available around 900 MT of oxygen per day, that is Tata Steel alone.” With Tata Steel having identified the transportation bottleneck, there is a need for special cryogenic, unavailable in India. Hence these are being airlifted overseas. “We have identified and are under process to bring about 60 such containers. Around 14 of them have already come in, and there are more on the way,” he added. Agrawala also lauded the government for providing planes from the Air Force to bring in some of the containers.

He shared the two-pronged nature of the current oxygen-challenge, stating one as logistics and the other as the generation of oxygen in smaller places – Tier II and III villages where they would need local modes and methods of oxygen generation for hospitals. For this, he said the group has partnered with DRDO to take the latter’s design to generate oxygen using Pressure Swing Adsorption (PSA) technology to build oxygen generating units.

“Each one of those units is about a 1,000 litre per minute capacity. We will be making 350 to 400 of those, if required we will make more. We have started work on this already. We are hopeful that we should be able to get 80-90 of those done within this month and give it out as quickly as possible,” he said, adding each unit could cater to a 100-bed facility.

“The most impact we can create is when we come together as a group, cutting across our company lines, and working horizontally. Of course, while individual companies continue their participation, I think working horizontally brings about an even bigger impact,” he said.

Tata Group is also re-skilling a part of its Indian Hotels staff to make up for the shortage of support staff for COVID patients, in anticipation of future events, across the nation, not just Delhi and Mumbai. In 2020, the Tata Group had pledged Rs 1,500 crore to combat the outbreak of the pandemic in India. Though there are no numbers announced this time, the Group has been actively addressing the challenge head on, and leading the way into solving the overwhelming oxygen crisis and the deadly second wave, under which the nation continues to reel.