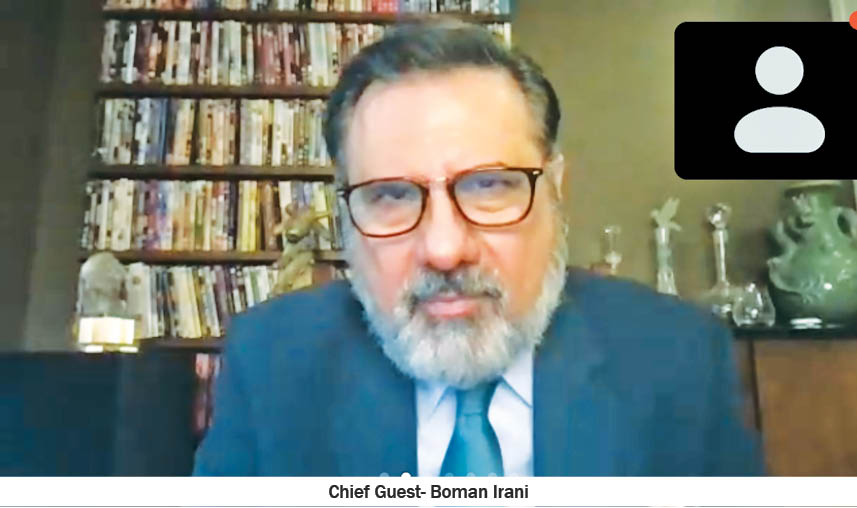 The 34th valedictory function of the Holiday Programme for Youth (HPY) was held online on 5th June, 2021, with over 195 well-groomed teenagers, set to enter a new world full of opportunities. Through their 10-day exciting adventure camp, the youngsters emerged confident, participating in competitions and building special memories, and by the end of it, looking to meet their new friends in the ‘real world’.

Performing Arts Overall – Zaara Dastur, Literary Arts Overall – Ayesha Mehta and Sports Overall -Jehaan Carnac hosted the function with much elan. The evening commenced with Er. Ramiyar Karanjia invoking the blessings of Ahura Mazda. “For all these wonderful days that have been spent together, we are grateful and indebted to God and all the people who have inspired us to become better. In turn, may we help others with good thoughts, good words and good deeds,” he said.

Participant Yazishni Dubash shared her experience at HPY 2021, greatly praising the team for all its efforts, saying, “HPY is a guiding light during the threshold of our lives as we are molded into better individuals… We are enlightened about avenues we never even knew existed. It gives a platform to everyone to explore their talents.” This was followed by the rendition of the HPY anthem – written by Raika Guzder and composed by Hormuz Ragina and Peshotan Kapadia.

Chief Guest and actor extraordinaire – Boman Irani, appreciated the HPY team and shared inspirational words, “This is almost like graduation day for each of you. It’s like saying, ‘World here we come!’ One needs to have a ‘want’ to become the best version of yourself. As you become successful professionals, do not lose your innocence. Enjoy what you do and most importantly be happy, excited, passionate and grateful!”

The winners of various competitions like fitness, turncoat debates, frame by frame drama competition, JAM, online fashion show, creative writing, talent competition-singing and dancing were announced; followed by awards given to acknowledge those who stood out in their respective groups, presented to them by their parents since the awards were sent to their homes. , but this time with a slight twist as the children’s awards were sent home and presented to them by their parents.

BPP Trustee Noshir Dadrawala addressed the attendees and spoke highly about HPY’s founding stalwarts. He stressed on the importance of having the right attitude in life, the positive and negative attitude in one’s behavior and how one deals with various situations. He explained how learning is a lifelong process, and that success was a journey, not the destination, and how one must believe in their dreams and never give up.

Jehaan Carnac gave the Vote of thanks as singing sensation Hormuz Ragina took over the entertainment section. Next, a video screening glimpses of the ten days gone by and a toast was raised to HPY 2021. The function concluded with renditions of ‘Chahiye Hame Zarthosti’ and the ‘National Anthem’.