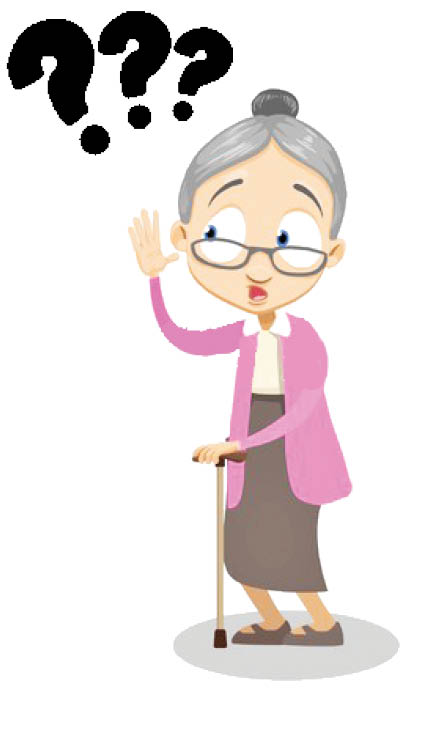 We all know, that to keep the brain razor-sharp and prevent dementia in old age, one needs to be aware, read more and have a good IQ. It was with this in mind, that Meherbai’s Mandli held a General Knowledge Quiz evening. Meherwanji requested everyone to listen to Meherbai as she explained the rules.

Baji Bachelor: Let’s change the rules. Change is the only constant in life. In fact, I want to change the world!!

Faredoon Fituri: Dikra, if you want to change the world, do it while you are a bachelor because after marriage, you will not be able to change even a TV channel without your wife’s permission. Since 45 years now, I watch only what my wife likes – only Hindi channels as she doesn’t know English!

Baji: Be brave Faredoon, you are a man, not a mouse. We men are not scared of cockroaches and horror movies (like women).

Rarto Rohan: But are certainly scared of the four missed calls from the wife.

Rohan’s wife, Hathi Hilla: Marriage is like a game of chess….

Baji Bochyu: Correct!! In chess, you understand the status of the poor husband. The King can take only one step at a time while the Queen can do whatever she likes!

Meherbai: Enough of this nonsense of playing the victim. I’ll start the game with French History. When was Napoleon born?

Abbhan Aban: On the day he celebrated his birthday every year.

Meherwanji: But which day, month and year? Aban, my jaan, use your brain!

Aban: How should I know? If you are going to ask me such difficult questions, I quit.

Banoo Batak: In which battle did Tipoo Sultan die?

Soli Sales-Tax: In one of the fights with his fourth wife.

Aspi Aspro: It’s common sense. He died in the last battle he fought.

Aimai Einstein: Now for some American History. Where was the Declaration of Independence signed?

Cyrus the Virus: At the bottom of the page, where else? What an easy question!

Coomi Kajwali: What is the main reason for divorce?

Bomi Bevdo: Marriage. There’s no other reason. Do I get a Prize?

Meherwanji: This is becoming ridiculous, like watching Mind your Language series. Meherbai, let’s take a break!

Meherwanji: No! Some cool beer and starters. My Meherbai has made some lovely crispy fried prawns and her friend Kamal has brought along some awesome dips!!

Romantic Rutty: We all love prawns, but we leave something for others – not like you, polishing off everything! Meherbai, please serve the chicken nuggets I’ve brought along with beer and prawns. What have

you brought Farida, my dear?

Farida: I have brought Soli Sales-Tax along as always so that everyone can enjoy his sparkling company!

Bomi Bevdo: Salo Soli Mafatyo! Is there no food in his house or what? Invites himself to every party and comes

Soli Sales-Tax: We come into this world Khali-haath and die Khali-haath, so I go to all parties Khali-haath!

Meherbai went to the kitchen to put finishing touches to the chicken dhan-saak she had prepared for the Mandli.

Mani Mathematics: How will you divide ten mangoes among seven people?

Jabri Jaloo: By making the ten mangoes into a milk-shake!!

Meherwanji: Speak for yourself – I am not happy! If I see your face early morning, my whole day is spoilt!!

Farida’s husband Hormusji: Mine too! But what to do? Ten O’clock in the morning, the besharam comes to our third floor flat in Rustom Baug to plonk his behind on our black and gold sofa and like a maakar (bed-bug), he gets stuck there!!

Coomi Kaajwali: Soli, you gherbhagu!! Why don’t you find yourself another girlfriend instead of breaking-up

Soli: Farida and I are adjusted so well since years and we are in a such a comfortable rut that jem chalej tem chalva deo!! If Hormusji wants, he can marry again.

Banu Batak: No! No! The law doesn’t allow a second marriage.

Abbhan Aban: Why doesn’t the law permit a second marriage?

Hormusji: Because according to law, no man can be punished twice for the same offence!!

Coomi Kaajwali: Hormusji should know because his jabri wife doesn’t allow him to speak to anyone. Even

when the poor chap opens the door for the kachrawala, eedavala and doodhwala, he hides behind the door like a criminal so no one can see his Chaudhvin-kacChand jevi taalki!

Meherbai: Come on Mandli – lunch is served! Soli Sales-Tax and Faredoon Fituri pushed each other to go first like KG children at the Annual Sports Day!!