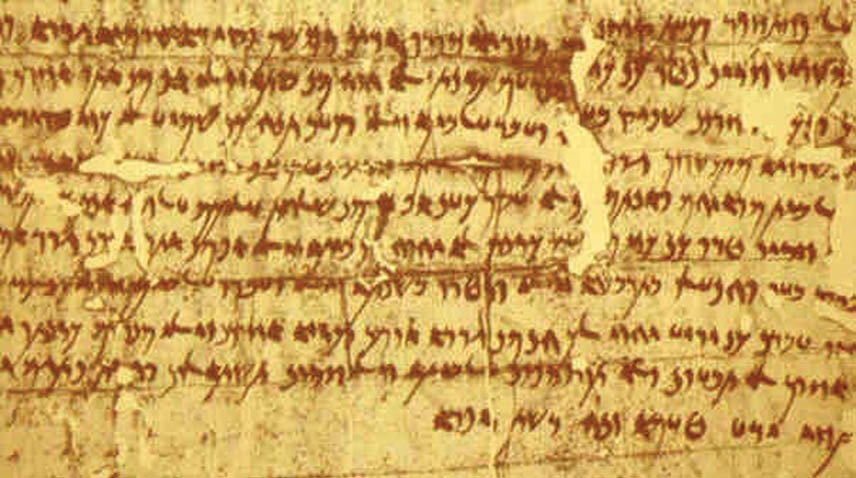 Among ancient Zoroastrian sacred texts, the Vendidad is probably the most significant – both historically and liturgically, and yet, it is condemned as an outdated ‘Zoroastrian Penal Code’ and the work of babbling Magi priests obsessed with imaginary demons and magic. Even today, many question the historical significance of the Vendidad. Let us understand that it is the only Nask or volume, out of the original 21 Nasks of the Avesta, which has survived to this date in entirety.

The 21 Volumes were based on the 21 words of the Yatha Ahu Vairyo prayer. The first volume was called Yatha, the second was called Ahu and so on. Over time, 20 volumes have disappeared or can be found scattered only in fragments. We know about these volumes because the Pahlavi Dinkard (compiled in 9 AD) provides a summary of all the 21 volumes, including the Vendidad (which is believed to be the 19th volume of the 21 Nask).

The Vendidad is the book of the Zoroastrian Religious Code. It is neither a work of philosophy nor a liturgical manual. It broadly covers religious teachings and religious observances, practices, punishments and atonements. It has 22 chapters which are referred to as Fragard or Pargarad. These chapters are of varying length and focus largely on laws of sanitation. Here’s a brief look into each of the following 22 chapters:

Chapter 1: Describes the 16 cities of Iran created by Ahura Mazda, and to which the Ahriman brought various calamities.

Chapter 2:  Describes how Shah Jamsheed expanded the then known world in pre-historic times.

Chapter 3: Describes how and when earth rejoices with happiness (because of agriculture or industriousness) or feels tormented when dead bodies are buried in it.

Chapter 4: Deals mainly with contracts, promises and consequences of not keeping a promise.

Chapter 5: Explains the concept of ‘Nasu’ or the forces of decay and decomposition.

Chapter 6: Is devoted to the merits of agriculture, keeping the ecological balance and hygiene.

Chapter 7: Is devoted to ancient medicine and infections caused because of dead matter, and how to contain the harm that emanates from dead matter.

Chapter 8: Deals mainly with different purification rituals including the Bareshnum.

Chapter 10: Elaborates the spiritual benefits of reciting prayers and how prayers can drive away the forces of evil.

Chapter 13: Is entirely devoted to different types of dogs and their care.

Chapter 14: Deals with ‘Udra’ or the otter/water-dog and its work in nature.

Chapter 15: Describes various sins including the sin of forced abortion.

Chapter 16: Deals with segregation for women during the menstrual period.

Chapter 17: Discusses how to dispose nasu like hair and nails.

Chapter 19: Broadly describes heaven and hell and how Ahriman tried to tempt even Zarathushtra.

Chapter 20: Describes various forms of healing with prayers, herbs and even the knife (surgery).

Chapter 21: Explains the healing power of rain on earth.

The Vendidad Ceremony: is a ritual performed after midnight, during the Ushahin Gah (12 midnight to 36 minutes before sunrise). It is performed without a break for six to seven hours at an Agiary or Atash Behram. It calls for great mental and physical stamina by the performing priest. The ceremony involves recitation of the Vendidad text, as also the Yasna (Ijashne) and Visperad, which are intertwined in the course of the ceremony. Performed after midnight, when the forces of darkness and evil are at their peak, the Vendidad ritual is aimed at destroying these negative forces.

The Vendidad is usually performed in memory of a dear departed one, preferably on the fourth day after death (Chahrum), but can also be performed on any day, post paidast. When Vendidad is performed in memory of a dear departed, the belief is that the spiritual merit or benefit of destroying the forces of evil, through this ceremony, is accrued by the soul of the departed. This ceremony may be performed once or repeatedly. The Vendidad ceremony is also among the rituals necessary for consecrating an atash-ādarān or atash-behrām. It is also performed when a priest is initiated as a Maratab, as also on concluding the Nirang-din ceremony.

The Vendidad–Sādeh: Sometimes, families go through a series of sudden, unexpected and unprecedented tragic events (sudden loss in fortune, a series of prolonged illness, several accidents, etc.) and ascribe this to negative energy at home or the workplace. To eliminate any ‘resident evil’ or negative energy, the Vendidad-Sādeh may be recited at home or at the workplace by a single priest. This is not a ritual or ceremony in the strict sense of the term, because a higher liturgical ceremony must always be performed at a place reserved for such rituals at an Agiary or Atash Behram.

For the Vendidad-Sadeh, the house or workplace should be thoroughly cleaned and a fire should be kept burning. In the Ushahin gah, after midnight, the priest begins to recite the Vendidad text after performing the kushti, Farazyat or the obligatory prayers, recitation of the Ushahin gah and with the khshnuman (invocation) of Sarosh Yazad.

For devout Zoroastrians, the Vendidad continues to remain a valued and fundamental, cultural and ethical moral guide. Many a mandate of the Vendidad today is observed in the breach. However, the text still serves a constant reminder that a Zoroastrian must abhor all kinds of pollution and live as far as possible from it, and in sync with the Laws of Nature.

The Vendidad is also a text which encourages devout Zoroastrians to attain peace, prosperity and progress by living a righteous, prayerful and industrious life. Take for example the following precept in Pargarad (Chapter) 3 of the Vendidad:

Zarathushtra questions: “O Maker of the material world, Thou Holy One! Which is the place where the Earth feels most happy?”

Indeed, with an ideal environment like that, not only the earth, but, earth’s creator and all those created by the creator, would rejoice with happiness!