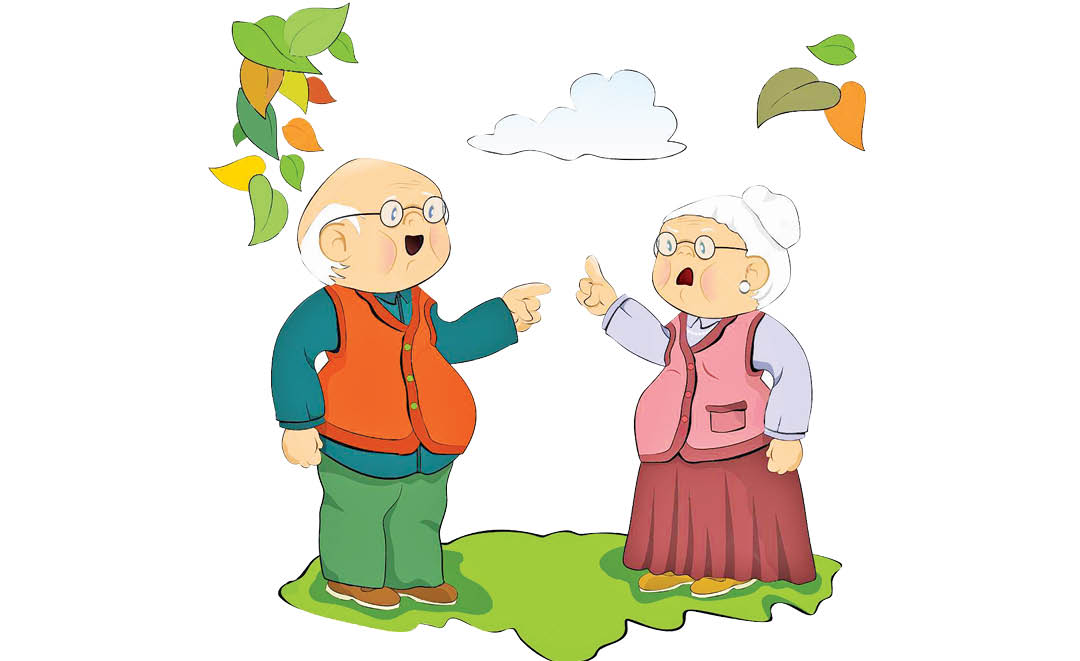 Aaderji Writer steps out of his house. Remember him? Adarji the Angrej, an absolute anglophile, more British than the Brits! He notices Sherry, the colony’s adorable arm-candy and ‘Miss Parsi Colony – 2012’ approaching him. Adjusting his behesti papa’s Tootal tie, he tries buttoning up his tweed jacket that was de rigueur, way back when he was a cub reporter. But the button and the button-hole cannot meet – a la Rudyard Kipling’s famous lines – “and never the twain shall meet!” He takes a deep breath, pulls in his paunch and greets Sherry. “I say, my dear girl! Long time, no see, wot!”

“Hello Adar uncle! Where are you off to? You’re looking quite spiffy. I must have a selfie with you!” And with Adarji still holding his breath in, they selfie! Almost breathless now, Adarji say, “Oh, I’m going to my club to discuss an urgent matter.”

“Arre kai nai re! Urgent matters saani?” came a spectral voice from above. It was the cold voice of his better half – Dhunmai, leaning out the window. “They infest the club to discuss whom to bet on in the T-20 matches, who will score a ‘Centenary’ or who will get out on ‘LGBT’ or …”.

Before Dhunmai can continue unleashing her unlimited malapropisms, red-faced Adarji corrects her, “It’s ‘century,’ not ‘centenary’! And one gets out by LBW and not LGBT! Bafat na kar!!”

Adarji gives up. Gallantly tipping his hat to Sherry, says, “toodle-oo” and walks away.

Turning beet-red with embarrassment, Adarji pretends he hasn’t heard anything and keeps walking, mumbling, “English ni avi-tevi kari nakhech!! ‘Forgive!?!’ For the cold-blooded murder of the English tongue? Hah! And a brunch of Kothmir??” He murmurs something else too but PT being a family newspaper, disallows me to quote him verbatim.

“Beer!” says Adarji meekly. “Remember, my doctor has advised me to drink beer daily before lunch as it’s good for the kidneys.”

And… all hell’s let loose!

“Beer in the afternoon is good for your kidneys! Whiskey at night promotes longevity! Taari in the morning makes you healthy, though certainly not wealthy and most certainly not wise!! What does your brain need? Vodka! Gin! Taquilla! What? How about mahvru?” screams Dhunmai.

When William Congreve coined the phrase, ‘Hell hath no fury like a woman scorned’, he too must have forgotten about bringing home the veggies to his wife after a visit to the local tavern to quaff down a stein of ale!

Dhunmai continues, “If that Sherry had asked you to do something, you would have run at ‘Mack 3’ to do it. Yes, but then home chicken is equal to just the ordinary daal!”

“Antoon! Stop! Halt! Not another word! Don’t correct me. My mamavaji used to say, ‘Mari Dhanu will toe ek divas  become a professor or lawyer… like that Pesi Manson.”

“Stop and halt, I understand. But I fail to understand where aapro Antoon comes in! Antoon is the friendly neighborhood, nakaperno soda-lemonwallo.” Adarji is confused. “Also, who the hell is Pesi Manson?”

“The German said ‘Achtung’, probably meaning stop or attention. And I think the lawyer you’re speaking of is Perry Mason, a character in the novels of Earle Stanley Gardner not Pesi Manson! Manson was the cult killer. And the word is memory, not memorial! I have a fairly good memory!!”

“Chalo bus karo, mister know-it-all. No papeta, no kanda, no tamota, kothmir and marcha… that means mori daar, rice and that ‘bafenu’ that my Jeebharu brother Jamsu brought from Navsari.”

“#@%*) for which he asked for Rs. I50/-. A very expensive bafenu it turned out to be! Having no change, I gave him a note of Rs.2000/ and he did not return the balance on the pretext that he too had only two thousand rupees notes! The damned scamster, crook, karoo!” Adarji reserves some very strong epithets for this Jamsu.

Hearing here brother being called derogatory terms for overcharging Adarji didn’t go down well with Dhunmai. The atmosphere at lunchtime was somewhat akin to the mealtime of the Trappist monks. So, at tea-time, there were luscious chaapats as a gesture of reconciliation. Adarji might have been forgiven to an extent, but he definitely didn’t deserve popatjis after his selfie imbroglio with Sherry earlier that day. Even at happy hour, he wasn’t given his favourite salted cashews – only sev-mumra!

Dinner too would have been quite somber had Dhunmai not discovered a couple of credit cards propped up between the bread in the breadbasket! Adarji, with a twinkle in his eyes, told her to buy the saree she was drooling over in the show-window the other day. “Go the whole hog, buy whatever you want for New Year!” It had been a bleak year with the pandemic playing havoc! This was no time to be angry or petty.

Dhunmai’s face glowed as if it were her wedding day! “We rarely stepped out of the house for over a year. We can’t go to the theatre or a restaurant, but we could invite few friends and relatives to dinner. Our house is spacious enough to observe social distancing. We will wear party masks too with our party caps!”

“Chalo, I will plan a dinner and the guest list.” said Dhunmai enthusiastically. We’ll invite my Jamsu – he’s always the life and soul of any party!”

“Um… errr, of course! What the hell! It’s time to be jolly and generous! And I’ve been saving a bottle of single-malt! Let’s do it! Maybe we can invite aapri sambhe ni Sherry. She’s all alone,” suggests Adarji precariously.

Dhunmai reflects. “Ok, let’s invite her, but if there’s any selfish, I should be in it.”

And all was hunky-dory again between adorable Adarji and his volatile wife.

Saal Mubarak to all and may the coming years be tickety-boo for us as we live in harmony with each other and with respect for our beautiful planet!