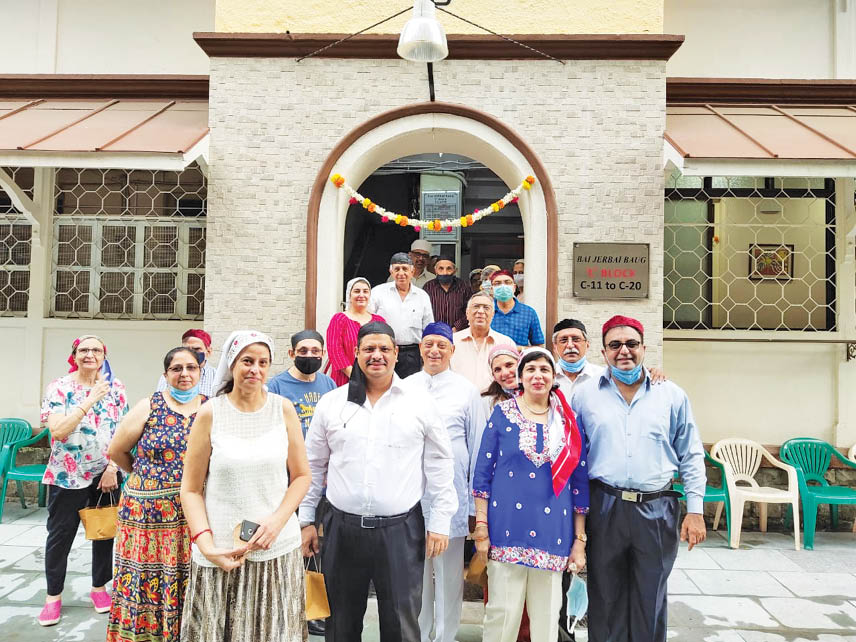 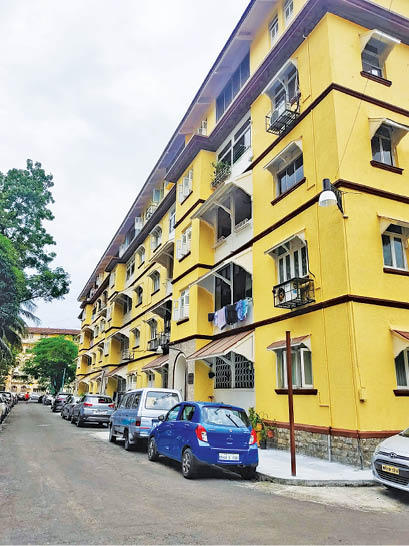 The community is grateful for the munificent Wadia family building colonies and providing crucial accommodation for Parsis across Mumbai, for the last hundred years. The Jer Baug Block-C residents decided to do their bit in turn! With the colony buildings being old but not worn off, to sustain them for the next gen, the baug’s Block C committee decided to upgrade their building and strengthen it.

With Wadia Trust’s co-operation, the Block C tenants formed a committee which took on the task of rehauling their building’s exterior structure, painting, new replacements of water pipes and other repairs. After much discussion, debate and effort, not to forget the impact of the pandemic which slowed things down, the building work was completed, and on 21st August, 2021, on auspicious Khordad Saal, a Jashan was performed by the block’s Dasturjis – Kerman Sukhia and Zeus Navalmaneck, commemorating the occasion. The Jashan was attended by BPP Trustees Kersi Randeria and Xerxes Dastur, as well as Percy Siganporia, Secretary, N N & RN Wadia Trust.

The work put in by the committee members, along with MAHDA Contractor – Vijay Chillekar and his team was appreciated by all. Having prioritized the safety of tenants and keeping with the rules and regulations, the repair work of the building was done in parts. A special note of thanks goes to Zubin Fouzdar, the brain behind the revamp, as also to Aspi Tantra and kudos to committee members and cooperative tenants on this achievement!