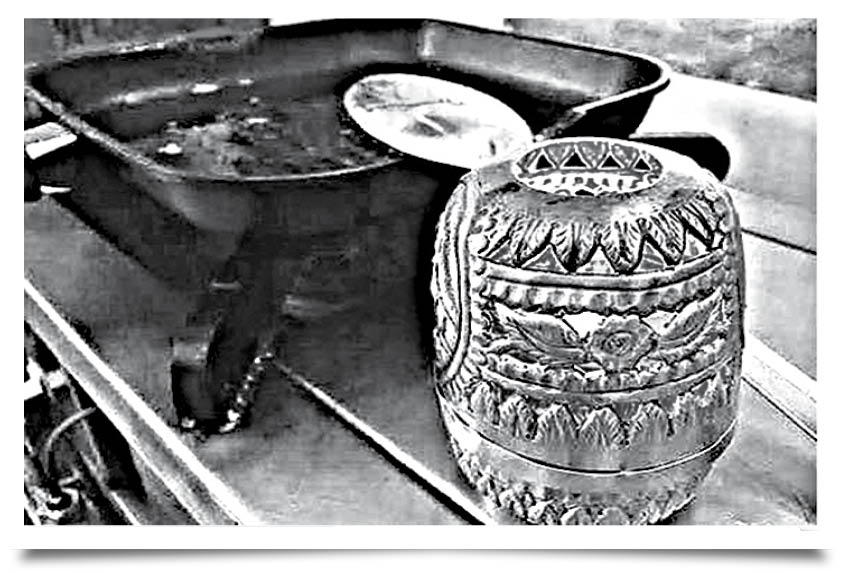 In ancient times, whenever a Zoroastrian built or acquired a new home, he would arrange for a prayer room or a prayer corner to be prepared and before occupying the house, he would arrange for fire or Ardibehesht to be brought home. The entire family would pray before this fire day and night. Bringing Ardibehesht home symbolically meant bringing home truth, righteousness and divine order.

Even today, when we light a diva (oil lamp) at home we should visualize ushering the energies of truth and righteousness in our lives and divine order in our homes. Above all else, Ardibehesht is a healing and life-giving force. Hence, keeping a fire at home, even if just an oil lamp means keeping the energy of life and good health flowing at home.

Truth – A Fundamental Zoroastrian Precept: Ardibehesht is the embodiment of God’s Truth, and in the Zoroastrian religion, truth is considered as the highest virtue. In fact, Rasti (truth) and Radhi (charity) go hand in hand. It is only through truth and righteousness that Ahura Mazda’s friendship can be attained.

Ardibehesht Yasht – A Healing Prayer: The Ardibehesht Yasht is one of the best prayers for healing all kinds of physical ailments. There is also an old healing tradition of ‘Ardibehesht ni Picchi’, where a priest or even a lay person, after a bath and performing the farazyat (obligatory) prayers, recites the Ardibehesht Yasht, running a clean white handkerchief or a clean muslin cloth from head to toe of the ailing person. It is a tried and tested Zoroastrian form of healing with a high degree of success.

Translated, it means, “I like him (i.e. Ardibehesht); when I like Ardibehesht, then (he) of (all) other Ameshāspands (becomes) a helper, whom (the Creator) Ahura Mazda nourishes with good thoughts, and good words, and good actions. The Garothmān (Paradise) is Ahura Mazda’s own abode. The Garothmān (Paradise) is for righteous persons.” The essence of this verse is that only a righteous person can be in the abode or presence of Ahura Mazda.

Airyaman Isho: The Ardibehesht Yasht also refers to the prayer of Airyaman Isho, which is actually Yasna 54. It is very efficacious and powerful should be prayed just before the chanting of Ardibehest Yasht. Airyaman Yazad is a co-worker of Ardibehesht Ameshaspand and therefore, it is considered very meritorious and beneficial to recite this manthra before the Ardibehesht Yasht. Yasna 54.1 is recited 4 times. It has the power to drive away diseases, physical, mental as well as spiritual. Part of it is composed in the Gathic dialect and it is affirmed that this specific Yasna 54 will be recited at the time of the future restoration of the world.

Faith, of course, is very essential. A Master had once observed, “In spiritual life, faith comes first, then knowledge and then experience. Faith begins where reason falters; faith falters where there is attention without intention. Faith is necessary for gaining wisdom. Faith should not be confused with blind belief. It is rather the aspiration of the soul to gain wisdom. If faith is constant, it takes the devotee to the realization of wisdom. Indeed, the way to wisdom is through faith.

May this Holy month of Ardibehesht increase faith and righteousness within our community! May there be increased harmony through the healing powers of Ardibehesht and may there be peace, progress and prosperity through Asha, the Divine Order!