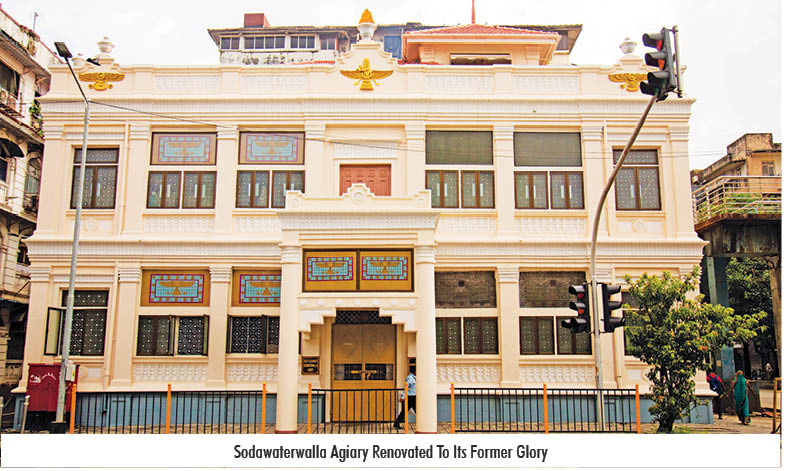 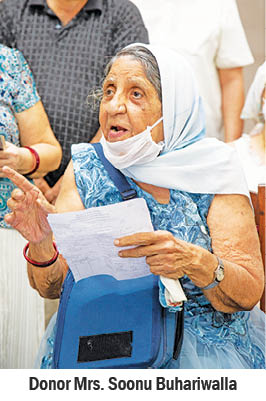 The J D Amaria (Sodawaterwalla) Agiary, at Marine Lines in Mumbai, was in need of urgent repairs and restoration for a while. Plants were seen growing from the walls, causing big cracks. Heavy leakage had corroded the beams and windows were broken. The interiors were gloomy with peeling paint, plaster fallings at places and columns with cracks. A few years ago, the Trustees put out an appeal for funds to renovate the Agiary, but the response was insufficient to undertake any major repair.

In 2020, through the good offices of Karyesh Patel, the Agiary received a substantial donation of Rs. 38 lakhs from munificent donor – Mrs. Soonu Buhariwalla. She had lost her beloved husband, Hoshang, in July 2020, and had started donating to many institutions and causes, in his memory. After hearing from Karyesh Patel and Anahita Desai, a Trustee of the Agiary, about the condition of the Agiary and how the trustees were trying to raise funds for a long time, Mrs. Buhariwalla decided to donate towards the repair of the Agiary. Initially, she made a donation of Rs. 30,000/- and soon upped 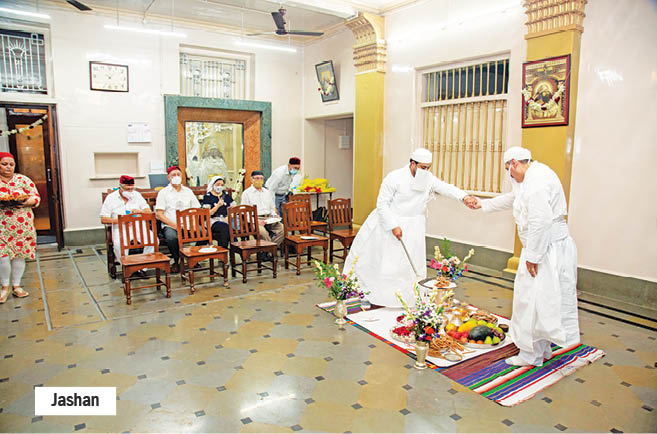 it to a phenomenal Rs. 38 lakhs, that allowed for the Agiary to be fully repaired and restored! The Trustees received a further Rs. 15 lakhs from Mr. Jal Sethna, through WZO, and these donations collectively enabled the Trustees to restore the Agiary to its former glory!

On the salgreh of the Sodawaterwalla Agiary (Farvandin Roj, Farvandin Mah) the transformed Agiary was inaugurated by principal donor – Mrs. Soonu Buhariwalla, in the presence of the Trustees, the Panthaki and a few devotees, after a celebratory jashan performed by Er. Pervez Karanjia and his son, Arzan. Jal Sethna was unfortunately unable to attend due to ill health. On the auspicious occasion, Mrs. Buhariwalla donated a gold chain with a diamond and ruby pendant for Kukadaru saheb’s picture. 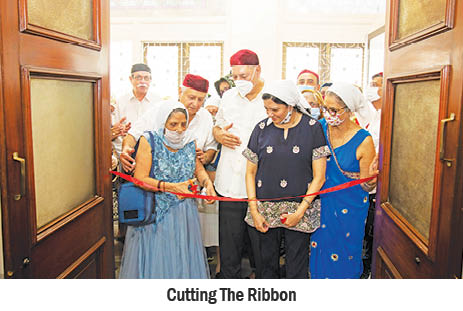 The entire restoration work was executed by contractor Khushru Sukhadia, who faced various unforeseen challenges during the repairs, but he handled it very efficiently with practical, affordable solutions.