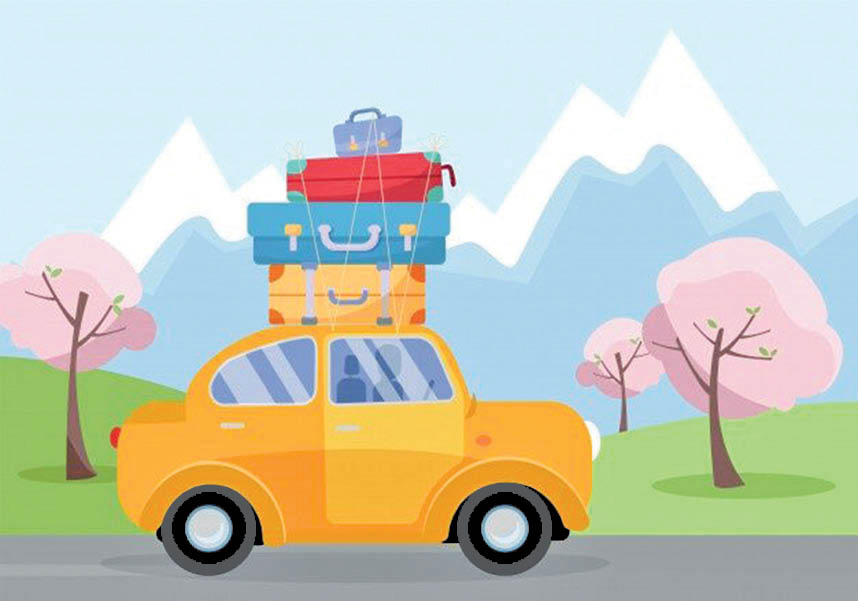 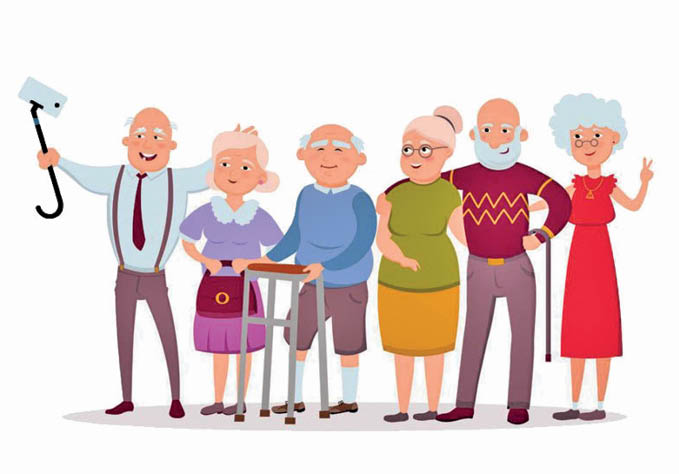 As soon as the lockdown was partially lifted, Meherbai’s Mandli, which was totally pent-up and frustrated confined to their homes, arranged a short trip to Lonavla. They met early morning at the designated place in Dadar Parsi Colony, where their cheer-leader Rusi-the-rock-star awaited them.

Dhanji had worn a ganji and shorts to look natty. Farida-fuiji was bursting out of her tight jeans as well as her white keds. The ride was bumpy and poor Hormusji, Farida’s bitter-half was jumping up and down in the car’s rear seat like a jack-in-the-box. All the Mandli cars automatically stopped before entering Lonavla. Why? Because they saw a Food Court and were hungry since they only had pora-pao, ravo, mava-cakes, chicken pattice, wafers and cheese-puffs before starting and all these toh hajam (digest) thai gaila!

The Parsi khanar-pinar-morcha entered the mega food court and demolished steaming hot batata-wadas; washing them down with tea. Refreshed, they got back into their cars and arrived at the hotel for a welcome drink of fresh lime-juice.

Jimmy Jam-Box: Su jamano ayoj!! Look at the irony! These days they give synthetic lemon syrup in fresh lime and real limboo in a finger-bowl to wash our hands!

Thrity Trim-Tarak: Remember our Panchgani trip when Hormusji drank-up the finger-bowl water thinking it was lemon-soup? And Soli Sales Tax had stolen a fork and spoon, calling it a ‘Souvenir’!

Polly Popto: Soli has a showcase full of ‘Souvenirs’ from all his travels in India and abroad.

Piloo Popti: Marerey! Keep your wallets and handbags safe when Soli is around!!

Lunch arrived soon and disappeared even sooner. At tea-time, a couple who was married for many years but unfortunately couldn’t stand each other and were always at odds, were sipping tea, sitting side by side.

Banoo Batak: If a husband and wife like you guys can have tea peacefully, then even a tiger and goat can!

Alamai Eienstein: Probably, that Wagh-Bakri Chai was named after this couple!!

Rarto Rohan: My house is not spic and span although my wife is home all day.

Rohan’s wife, Hasti Hilla: And we are always short of money, though Rohan works in an office all day!

Suddenly, someone announced that it was Kanjoos Keki’s 78th birthday and the Mandli chorused, “We want a treat. We want ice-cream!!”

Keki: Sure!! Who wants ice-cream?

Dolly: He spends more time now looking at the menu-card than the pretty waitress when we go abroad. Also, he sits on the sofa all day long.

Dola: I sit on the sofa and do Yoga all day long. It’s called SOFASAN. It was taught to me by Ramdev’s brother Kamdev.

Dolly: Dola is obese not because obesity runs in his family but because nobody runs in the family!

Abhan Aban: Someone please teach me how to go on ‘Facebook’.

Abhan Aban: Where? What? How?

Firdos Fituri: Just look up! What do you see? I can see it on your phone!

Abhan Aban: (Looking up) Yes, I can see the ceiling fan.

Dhanjisha Dhapmaru: Aban Mai, rehva deo! Tamaru kaam nathi! If you put your face on ‘Facebook’, people will be shocked.

Firdos Fituri: Don’t lose heart – I can teach you how to use INSTAGRAM!

Abhan Aban: Mareray! The days of telegram are over and now you’ll teach me another ‘gram’!

Aimai Eienstein: Don’t ask him. 90% of the husbands don’t know why their wife is angry!

It started raining and Meherbai put a general question to the Mandli – ‘Where does it rain the most in India?’

Abhan Aban: On the ground!!

The Mandli members didn’t know whether to laugh or to cry! Since rain was imminent, religious Rutty lit an agarbatti to invoke the divine while her husband Edulji brought out an Odomos coil and lit it to ward off the mosquitoes. Both turned out to be useless – since God never comes and mosquitoes never go!! Soon the ‘boys’ (all around 80 years of age) discussed whose wife cooks best.

Baji Bunpao: I admit – my wife is a lousy cook. Last week she gave some leftover food to the beggar across the road and the next morning when we were going to the bazar, the beggar presented me with a second-hand cook-book and said, Saab, how do you eat such lousy food? I pity you!

Soon it was time for ‘cheers’ with beer and wine, followed by grilled crabs, fried pomfrets and prawn curry-rice for dinner. After dessert of Butter-Scotch ice cream, the Mandli chatted, did Shair-o-Shairi, cracked jokes, played Antakshri and retired for the day… tired but happy!!