Born in Bombay and settled in Sydney, Kersi Meher-Homji is a retired Virologist. He has published 16 books on cricket in Australia, and has been freelancing for top newspapers and magazines in India and Australia. He shares an amusing account of his talks with Sydney’s cabbies! 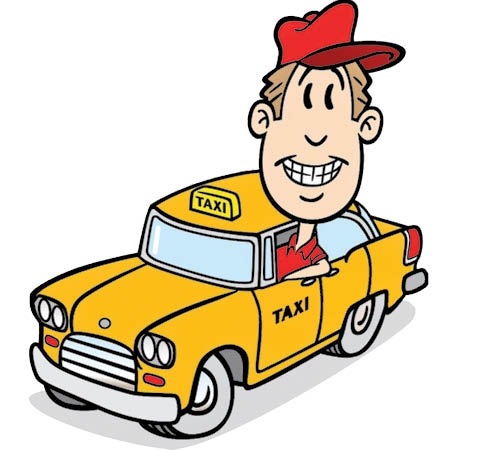 Like most Australian cities, Sydney is cosmopolitan. When shopping, visiting a doctor/dentist, attending or teaching at school, going for your job, visiting friends or just walking on the streets, you run into Chinese, Pommies (Englishmen), Kiwis (New Zealanders), Indians, Pakistanis, Sri Lankans, Iranians, Japanese, Koreans, Malaysians, Yanks (Americans), Africans… and of course, us Parsis!

For an authentic conversational experience with Sydney’s inhabitants, one should hire a taxi at night. I worked for the Sydney Red Cross Blood Transfusion Service (to detect HIV, AIDS and Hepatitis virus from blood and organ donors) and was on call duty for a week, every five weeks. For this, I received taxi conveyance to go to work late at night or in the early hours of the morning to detect viruses from the blood of organ donors, who had passed away in road accidents. This involved interesting conversations with taxi drivers on my way to and back from work.

The last one to take me to my laboratory in the middle of the night, was an accountant from Hong Kong. In his mid-twenties, he had been in Sydney for 18 months now and drove taxis because he could not find a job in his field. Pleasant and honest, he stopped the fare metre, when filling his petrol tank.

“It would not be fair to charge you for this delay,” he said. He hoped to get a job soon, else would return home.

The cabman from India had no problems. Anything I said, he replied with, “No problem!” or “No worries!” in a fake Australian accent. A biochemist with a BSc degree, he decided to drive taxis.

“Waiting for the recession to end?” I queried.

“No, no. Plenty of jobs for my intellect. But these Aussies know little of Biochemistry and try to teach me, teach ME! Ha! I left them in a huff, no worries. Plenty of money in taxi driving, no problem! I go back to Delhi every year with my family. This is my own cab and I earn more than your boss!”

“I know many Pakistani cricketers including Imran Khan, now our Prime Minister. Do you play cricket?”

When I replied, “Yes, but only at social level”, he handed me his card, requesting me to organise a social cricket match.

“Lots of politics in Pakistan”, he added, singing ghazals nostalgically, interrupted by my frenzied, “Look out! Red light!!”

The Iranian taxi driver was a philosopher. “Australians drink too much – even teenagers! Very few sober people on Friday and Saturday nights.”

Somehow the conversation turned to religion. “I’m a Christian from Iran but don’t believe in nonsense of Moses cutting the ocean in two or Jesus coming back after dying. Just excuses for holidays – if you ask me….. People killing each other for religion – bad! Work – my religion! I work six days a week, twelve hours a day, to make little money. Not much money in taxi driving these days. People not have money for taxis, but have plenty to drink in pubs!! I made my children Christians. But my God is not Jesus. The scientist who finds cure for cancer, AIDS and COVID is my God!”

View all posts by By Kersi Meher-Homji →