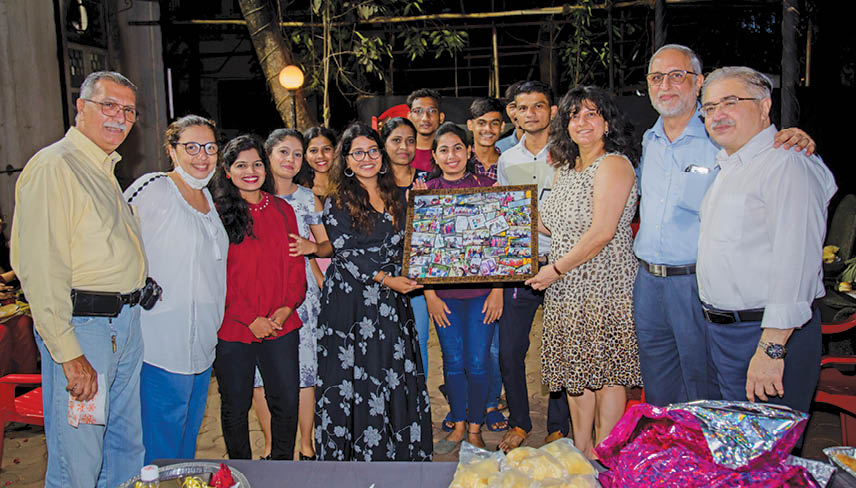 The F/N Health Dept team, under Dept Head – Dr. Palve, co-ordinated whole vaccination process. The  DPCG Vaccine Centre in collaboration with MCGM is providing the service of Free of Cost Vaccines to all communities. The DPCG  Vaccination Team of Trustees, managing committee and members co- ordinated the daily affairs at the centre, which was run for four and a half months and vaccinated 12,675 beneficiaries, including seniors and residents across  various Baugs and Colonies of Mumbai, Doongarwadi staff and others from surrounding areas of Dadar, Matunga, Wadala and Sion. Various Govt. Staff also benefited from the Centre.

DPCG deserves kudos for allowing use of its premises for this humanitarian initiative, as do the DPCG Manager Mehernosh Bamji and staff for the smooth operations and great service given to all – the young and old, the wheelchair bound, beneficiaries who came from all corners of Greater Mumbai from Colaba to Virar , Nalasopara, Diva, Titwala and Mumbra! Some even queued up from 4:00 am in the morning to collect their tokens! The families of the home-vaccinated were thankful, as were those who arrived in ambulances from across Mumbai.

The Dadar Parsee Colony did yeoman service, bringing smiles to 12,675 faces, with much thanks to MCGM for its support in terms of vaccines, logistics and staff. The Centre was featured in the media and applauded for its arrangements and discipline in conducting this crucial procedure with great success.