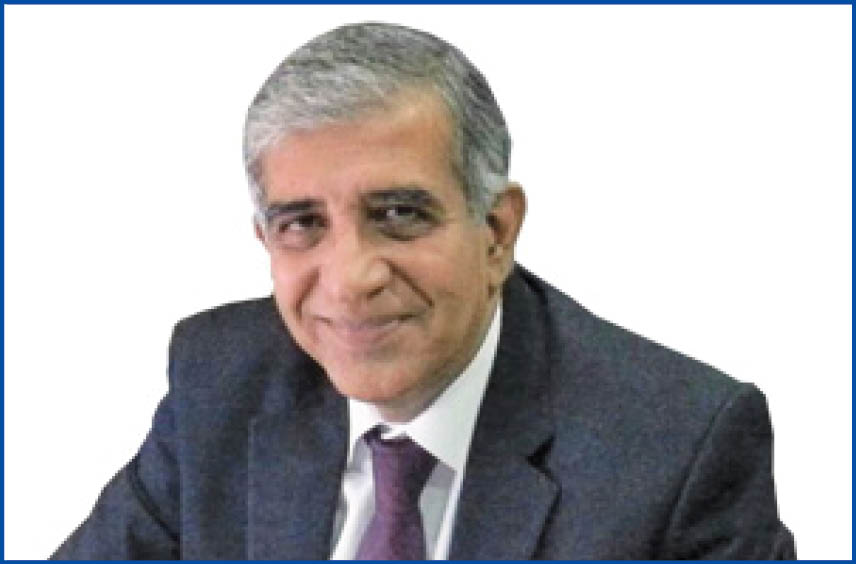 Even as it goes against my grain to speak up at variance with my fellow trustees, especially Chairperson Armaity Tirandaz, my greater loyalty lies in being transparent with the community and hence, I am putting this forth in the public domain…

This Tuesday, 11th October, 2021, was the final nail in the coffin. Ten days ago, 13 beneficiaries came to the Trust requesting us Trustees to hold elections as per the Scheme of Elections, in line with the Court orders.

What was apparent to everyone in the room was that Chairperson Armaity Tirandaz was not allowed to answer any question or give any justification to the queries, because before she could say anything, Viraf Mehta would brazenly whisper in her ear, which was embarrassing for not just her, but everyone in the room. It seemed she was unable to independently speak her mind, constantly barraged with Viraf’s unsolicited prompts. Given the flow of the discussion, sometimes, to not antagonize Viraf, she was forced to write notes on her pad and show it to him, and he would reply in her ears. In front of all!!!

Finally, towards the end of the meeting, when she was cornered and specifically asked to give her independent view, she had to say, “I want to ponder”.

In the week that followed, Dinshaw Mehta went all out to create pandemonium, as he is wont to do. He got his usually lackeys together in desperation and put together a group, headed by his puppets! The group, obviously under the instruction of the Mehtas, kept incessantly hammering that the elections be postponed, so that the new incoming trustees (and here they mentioned Hoshang Jal and Anahita Desai) should not be allowed to have a 7-year term. This appeared to be the single-minded, limited agenda of the group.

Any discussion of issues other than this one-point agenda – like reducing the number of terms to 2 instead of 3, Code of conduct, etc – were unceremoniously brushed aside by the spokespeople of the group, since obviously, their very purpose was to ensure that no other discussions take place other than this limited, one-point-agenda!

The arguments put forth by Tirandaz is exactly what Viraf Mehta, and his father, Dinshaw Mehta, have been saying, this far. She is not allowed to express her independent thinking – but accept and promote (as if it were her suggestion) the ridiculous argument being that we now postpone the elections till the tenure of the trustees is reduced from 7 to 5 years!!!

I clearly remember Berjis Desai telling me a short while ago, that Dinshaw Mehta’s reason for postponing the elections – as told to him by Dinshaw Mehta himself, was: “give me a year and I will destroy Anahita Desai’s reputation.” Sadly, the entire disharmony in the community is focused on this perverse and limited agenda of one person – Dinshaw Mehta.

After this sham was over, the original group of beneficiaries came in and Tirandaz just couldn’t answer their basic and very valid queries – and so the group was asked to go out. What shocked me was, as soon as the community members were asked to step out, there was an insistence on putting this issue to vote.

When I pointed out, that on an issue as important and critical as this one, we would do well to defer this item so that we could discuss it when Xerxes Desai was also present. Fearing or knowing that Xerxes would have, in all probability, not voted with them, they pushed for casting votes without his presence.

Now, why did they think that?

The answer lies in the BPP minutes of the meeting held on 21st September, 2021, which was the last meeting that Xerxes was able to attend, in keeping with his professional commitments and the health concerns of his father and son. The following is an excerpt is quoted from the BPP’s official minutes of the meeting, proving that Trustee Xerxes would have voted for the elections:

It was effectively clear Xerxes wouldn’t have voted with Viraf and Tirandaz. Viraf, being aware of this pushed for casting the vote, which was tied at 2:2 (Viraf and Armaity opposing Noshir and I). Then, they put it to vote despite my insistence that we wait for Trustee Xerxes Dastur to come before the voting is done. But Tirandaz refused to wait, and used (or maybe it would be more appropriate to say ‘abused’) her casting vote to take this forward, and once again they got away with abusing their power of majority, to the unfortunate loss of the community. Then she announced that elections would be postponed to October 2022, after Viraf had yet again whispered in her ear.

Her weak explanation quoting excuses like finances, etc., without reference to any law or fact, were indigestible and embarrassing for all. It is as outrageous as it is shameful that a major community issue, as curcial as this, is being decided by just two Trustees!!! It is akin to two people snatching the democratic rights of the entire community, and neither allowing them to vote for its leaders, nor allowing the Board to gain its rightful and full strength of 7 trustees!

Also, the fact that this deadly fiasco is stage-managed and manipulated, is obvious from the fact that Viraf, out of the blue, for the second time, suggested the legal firm called ‘DSK Legal’ – an organisation which has never appeared for the BPP before. By doing this, he has ignored the respected solicitor Yazdi Dandiwala from the old and prestigious firm of Mulla & Mulla.

Earlier, they had tried to bring in J Sagar Associates, where Berjis Desai was a partner and where Hormuz Mehta (brother of Viraf and son of Dinshaw Mehta) works. Since I had questioned the legality of their appearing for the BPP, they were forced to go to another firm, which has no record of ever having represented the BPP or even being vaguely aware of our Trust!

I’m informed of the close proximity of some of the lawyers in this firm to the Mehta family and Berjis Desai, personally. To appoint a legal firm, only to facilitate the manipulation of the system, is shocking and unacceptable.


What saddens me most, is having to place on record the fact that Mrs. Tirandaz, who has not been allowed to participate at all or ever voice her views on this very major issue of elections, was, I believe, compelled to say just the one sentence – “I think we should postpone the elections to October, 2022.”

Neither the records nor the minutes, nor the discussions, will be able to shed any kind of light on this convoluted and perverse decision, and as to why it was taken.

Immediately thereafter, Viraf jumped in, seconded her proposal and dictated the already prepared resolution. After this internal discussion between the trustees and this ridiculous resolution passed by just 2 trustees, the first group of original protesting beneficiaries were called in. To say that they were shocked, would be putting it mildly!

This exceedingly embarrassing position led to Trustee Noshir Dadrawala – who has from day 1 been committed to and a staunch ally in working towards the welfare of the community – getting very emotionally upset, visibly. He wrote out his resignation and handed it to Tirandaz. In his resignation, Noshir mentioned he didn’t want to be guilty even by association with people who didn’t respect the law and had no interest in the welfare of the community, apart from their own personal agendas.

Thereafter, Noshir’s resignation went from hand to hand – and Tirandaz said she doesn’t have it anymore! Noshir was so visibly upset that he read out the entire resignation in front of the assembled community members.

However, despite all the name calling that Noshir Dadrawala has undergone, let it never be doubted for a moment that he is one of the few trustees who truly and selflessly has the best of the community at heart. He is not into dirty politicking and he would rather walk away from this outrageously unethical situation, than be a part of it.

We have been requesting him not to hand BPP on a platter to people with questionable credentials.


LET IT BE CLEAR TO THE COMMUNITY THAT NOSHIR DADRAWALA’S RESIGNATION HAS YET TO BE DISCUSSED BY THE BOARD AND REJECTED OR ACCEPTED, AND TILL SUCH TIME, HE WILL CONTINUE TO BE A TRUSTEE AND WELL WITHIN HIS RIGHTS TO DEMAND AND SEEK LEGAL REDRESS AND/OR HOLD BACK DISCUSSING HIS RESIGNATION, TILL SUCH TIME AS THE LEGAL VALIDITY OF THIS ILLEGAL RESOLUTION AND ITS IMPLICATION ON THE COMMUNITY IS DISCUSSED AND RESOLVED.

I personally believe, that for the sake of the community, Noshir must complete his term and not allow people like Dinshaw Mehta, and his son, Viraf Mehta, to completely ruin the BPP and its legacy. Noshir Dadrawala and I will pursue the legal process, as we are legally bound to, in the interests of the community, as its elected leaders sworn to its welfare.

When the community members asked all the trustees step down for fresh elections – Noshir and I immediately agreed. But it was sad to see Armaity Tirandaz refusing to step down, not just now but also in October 2022 – a mere 6 months before end of her term!! She simply refused to answer!! And someone said, let’s cross the bridge when we get there. Such is the duplicity of standards of the majority Trustees.

I say this for the first time on record and with great disappointment, that Armaity Tirandaz has failed as a Trustee, leave alone a Chairperson. She seems to have no will of her own. All she does is say yes. This extremely embarrassing situation has further ruined the glory of our 350-year-old Trust.


I request the community members to participate and insist that ALL TRUSTEES STEP DOWN IMMEDIATELY, AND HOLD FRESH ELECTIONS ONCE AND FOR ALL – FOR ALL SEVEN TRUSTEES. If Armaity Tirandaz, Xerxes Dastur and Viraf Mehta step down, we can have the new elections in 2 months and spend just Rs. 40 lakhs (instead of crores) we will have a whole new board of 7 Trustees in place.

This so-called modification excuse of getting the Trustees’ tenure down from 7 to 5 years, to postpone elections is nothing but a farce. They want to go to court with only one point. For the record, I have requested, on numerous occasions, in writing, that we discuss the amendment of the Scheme of Elections. But while they were pretending to be concerned, they ignored not one, but two drafts I had put forward for the Trustees to be discussed.

A Scheme can’t be amended on just one clause! In total, there are many issues that need to be amended – like Co-terminus elections reducing the number of terms to 2; having a legally binding Code of Conduct; addressing the issue of specifying or limiting the amount of money per candidate in elections, especially given the fact that 2 of 5 trustees have spent 25-50 lakhs during elections, despite the stated limit of Rs. 3 lakhs.

I am well aware that Dinshaw Mehta’s propaganda tool – Parsi Junction – will be used to attack Noshir, me and the activists, in its usual vicious manner, filled with falsehoods and lies. However, it’s a challenge I will overcome and I say this for the record, because I owe it to the community and its welfare and to the faith instilled in me as your Trustee.


“Tirandaz’s behaviour has left me aghast – particularly when it came to a claim made that Tirandaz was instrumental in providing medical facilities at Khareghat Colony! Nothing is further from the truth!

Over the last so many months, Cyrus Dastur has been requesting for the same. I was the only Trustee who helped in getting the medical facilities going at Khareghat Colony. Viraf Mehta and Armaity Tirandaz actually opposed this, tooth and nail, in different ways, trying to scuttle the scheme. But when they finally had no choice but to say yes, they turned it around to make it look like it was their initiative!!!”