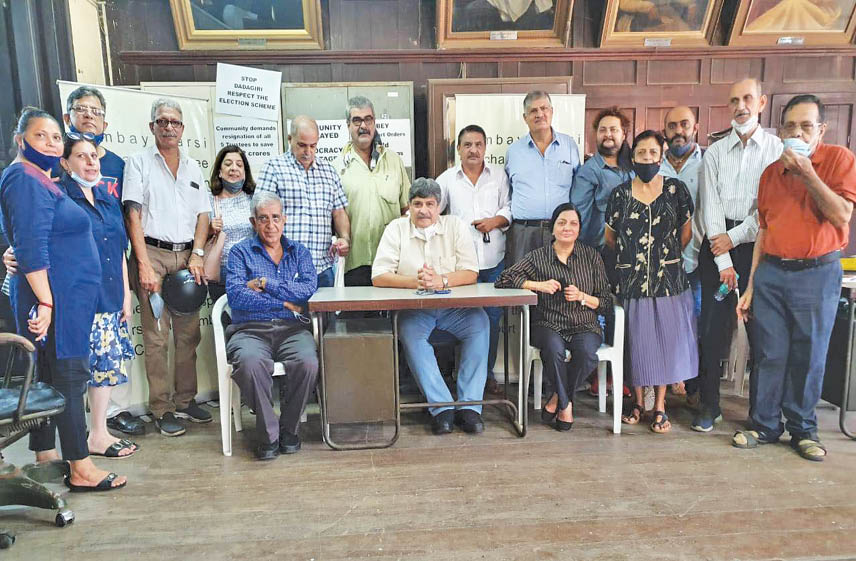 During last week’s BPP meeting, held on the 12th of October, the resolution for postponing the BPP elections yet again, this time to October 2022, passed by just two Trustees, would have resulted in the further and continued disenfranchisement of the community.

Chairperson Armaity Tirandaz and Trustee Viraf Mehta passed this resolution, in the absence of Trustee Xerxes Dastur, with the usage of the Chairperson’s privilege of an extra casting vote – as a 3:2 majority, against the stand that Noshir and I had taken, which was in staunch disagreement of postponing elections.

My request to wait for Trustee Xerxes Dastur to cast his own vote went unheeded and Chairperson Tirandaz, instead, chose to use her casting vote, yet again playing up the majority card.

Things had been coming to a head for a while, and this resolution seemed like the last straw as it not only denied the community members their right to vote, but was in violation of the Court Orders.

On 15th October, 2021, as Noshir and I tried to figure a way to resolve this now chronic situation, we came to the conclusion that the solution perhaps lay in organising a peaceful protest backed by the community.

Noshir proposed the idea of a Hunger Strike and we decided that this would be the most peaceful and honourable way forward to voice our dissent against the gross violation of the due democratic process, based on how the elections were being unethically and illegally postponed. We hoped this would finally set the ball rolling in the right direction in the interests of both – the community and the BPP.

As a result of this genuine way forward, we succeeded in convincing our fellow Trustees to take the next step and elections will be held in March next year. Though I had pushed for an earlier date, so that the new Board could start with the auspicious Navroze on 21st March, that was not agreed upon. All five trustees have now unanimously agreed for the elections to be held on the 27th of March, 2022.

The end, in this case, surely justifies the means. It is now a matter of record that all the trustees have unanimously decided to act in the interest of the trust and the community. Simply put, all is well, finally, at the BPP Boardroom.

I would like to put forth an important criteria, as the Trustees will now get into election mode. I propose that a partial Code of Conduct be put into place. This would also mean the stoppage of any Sale of Flats, with immediate effect. Allotment of houses for those in genuine need and the deserving, can continue, in strict adherence to the guidelines as laid out in the Allotment Scheme, till the year end – 31st December, 2021. Post this date, houses should be allotted only on an emergency basis, more as an exception than a rule, to ensure no foul-play.

This Code of Conduct must be enforced and implemented by the Board of Trustees fairly, and without the use of any loophole or intent of getting away on a technicality.

Here’s looking to this Board’s exit marked with a sense of achievement and service to the community, as opposed to being remembered as one known for its ceaseless infighting, personal/collective attacks and washing its dirty linen in public.

I earnestly request all my fellow trustees, friends and community members to resist and desist from attacking Trustees over Social Media.

Shakespeare has famously quoted, “The evil that men do lives after them; the good is oft interred with their bones.” We look forward for our last five months on this Board, to be spent in positivity, continuing with our constructive work in service of the community, so we can leave with our heads held high.