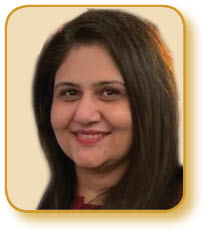 The success and prosperity of every collective unit – be it a family, a society, a community or a nation – depends on each member doing his/her bit. While the roles of different members, assuming different positions in these units, are interchangeable, the responsibilities are not. For instance, in a family, different individuals could cater to necessary responsibilities like bringing home the bread, house-keeping, cooking, educating and bringing up the children, et al. These responsibilities are non-negotiable if the family has to function successfully.

And so it is in a community which comprises religious heads, elected leaders, community members who vote in these leaders, and the media. Each has a crucial role to play towards the welfare and upliftment of the community. It would be an understatement to say that our community has, for a while now, been wanting in terms of stalwart leadership. Of course, I’m speaking of the Bombay Parsi Punchayet – the BPP – meant to be the apex institution of our community, comprising leaders or Trustees that we, as a community, voted in, to ensure the protection of the community’s interests and welfare, as also the perpetuation of our glorious Parsi legacy.

While each chosen Trustee, in the current BPP Board, has shown great potential and promise to serve the community, as a collective Board, they’ve proven rather uninspiring. It’s unfortunate that our Trustees, who are elected to sort out community issues, seem to be focusing most of their time and energies on all the in-fighting and the in-litigations, as opposed to real community matters.

For over a year now, the BPP Board, which is meant to comprise seven trustees, remains at the compromised number of just five trustees. And, even this diminished Board is fractured by ‘majority politics’ – with three on one side! It gets even worse, when we add to that, the rife allegations of an external element controlling the three in majority! Which means that crucial community decisions are being made for the entire community by just three Trustees – who may have shared loyalties!

The community needs a full Board of seven trustees and we need it now. The elections seem to keep getting postponed with no good reason. What’s most reprehensible is the blatant disregard for the crucial guidelines, as laid down in the Scheme of Elections, which form the cornerstone of the BPP in guiding the Trustees towards doing right – by their positions and by the community. Nope, our leaders are not doing their bit as a Board.

Community Elections is the need of the hour. Our front-page story champions this need. The Parsi press is doing its bit. We hope this awakens the community towards doing its bit – be it taking a more genuine and active interest in community affairs and helping set the scales right; or simply coming out to vote during the next elections (whenever that may be) and voting in the right candidates.