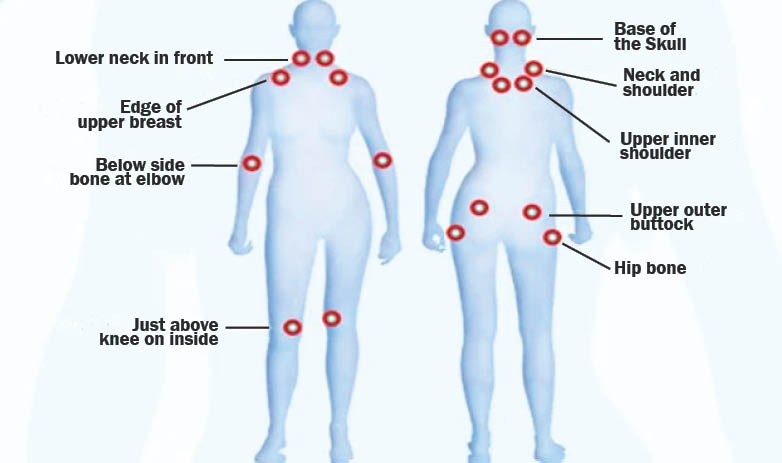 Dr. Danesh D. Chinoy is a leading Health and Wellness Coach, Sports Physiotherapist and Psychologist. He is dedicated to helping all to heal holistically and remain fighting fit for life. Providing eye-opening and ground-breaking insights into Wellness, Dr. Chinoy’s two-decades’ rich expertise has won him innumerable awards, nationally and globally. You can connect with Dr. Chinoy at: daneshchinoy@gmail.com .

Some years ago, Zeenia started experiencing severe pain throughout her body. As her symptoms worsened, she sought help from numerous specialists, but no one could diagnose her condition. “I was told they didn’t know what was wrong with me; the blood tests came back good, x-rays and other scans were clear too. They kept shuffling me to different specialists,” she said, having consulted rheumatologists, neurologists, orthopaedics, internists and even blood specialists! But there was no answer.

After over a year, she was finally diagnosed with fibromyalgia, a chronic and debilitating condition that causes severe pain throughout the body. Fibromyalgia is a condition that’s characterized by widespread pain involving the muscles, the joints, and in fact, any area of the body. In addition to pain, individuals with fibromyalgia often experience fatigue, sleep issues and difficulties with memory and concentration, among other symptoms.

Fibromyalgia is one of the most misunderstood and misdiagnosed conditions these days. An increasing number of patients suffering from fibromyalgia find life getting very difficult as nobody really seems to understand their pain. Accounts of chronic pain states and rheumatologic conditions – those affecting the joints or connective tissues – go way back. Theories on what caused muscular rheumatism echoed through lecture halls for nearly a century — muscle spasms were the cause, or nerve dysfunction, possibly muscular calluses — until one took hold, that the condition was due to inflammation of fibrous or connective tissue in the muscles. As a result, muscular rheumatism came to be called “fibrositis” for the better part of the twentieth century. Despite the widely accepted description, the diagnosis remained vague; the pathological findings inconsistent or non-existent. And soon another theory added to the confusion – that fibrositis was rooted in the psyche (psychological).

Now functional imaging allows scientists to look at how different areas of the brain function when people are given painful stimuli. What they found is that for the same amount of damage or inflammation in the peripheral tissues, a fibromyalgia patient would feel significantly more pain than the average person. Surprisingly, patients with fibromyalgia can also experience pain throughout their entire body even without any damage or inflammation of the peripheral tissues. Pain is always a subjective matter, but everything that we can measure about the pain in fibromyalgia shows that it is real. Thus, the belief that fibromyalgia is purely psychological is a misconception.

While the presence of tender points (painful on touch) is no longer the gold standard to diagnose fibromyalgia, it’s still very important in functional diagnosis. There are 18 tender points (refer diagram) throughout the body, each about the size of a new one-rupee coin. Fibromyalgia tender points are located in clusters on both sides of the body, both above and below the waist. These clusters are located around the neck, chest, shoulders, elbows, hips and knees.

For a point to be considered tender, the spot should produce localized pain when pressed on with enough pressure. A point that tests positive for tenderness would be painful only on the exact spot where pressed. One of the defining characteristics of fibromyalgia is that the pain is usually flirting in nature. It may come and go, move around, or vary widely in intensity from day to day. At home, you might have tenderness in all 18 tender points. Next day in the physiotherapist’s clinic, you may only have tenderness in three of them. Over the years, many with fibromyalgia have gone undiagnosed because they didn’t have tenderness in 11 spots at the time of their physical exam.

A tender point test is still a very helpful guidepost for physiotherapists, but expanding the diagnostic criteria has helped more people getting the right diagnosis. People with fibromyalgia are typically more concerned about full-body aches and general tenderness than specific tender spots.

If you have fibromyalgia, you probably think most about the symptoms that interfere with your daily life. These may include – Morning Stiffness; Difficulty in Moving; Pain during handshakes and hugs; and Painful knots in your muscles. These painful knots are often myofascial trigger points. Trigger points are hard, knotty lumps that form in taut muscles. Unlike tender points, which produce only localized pain, trigger points produce both localized and referred pain. Referred pain feels like it shoots or radiates to a different part of your body. Trigger points are far more common in people with fibromyalgia than they are among the general population. However, anyone can develop them.

Research supports two types of therapeutic massage that significantly help women with fibromyalgia. Manual lymph drainage therapy is a massage technique that moves fluid away from areas where lymph vessels are blocked or damaged. Connective tissue massage is an intense massage technique that focuses on manipulating myofascial tissue. Both techniques lessen pain, improve quality of life, and increase pain thresholds. Other forms of myofascial release and mobilisation techniques are immensely beneficial.

As for Zeenia, maintaining a positive attitude and acknowledging the disease has helped her immensely. Regular sessions of physiotherapy involving myofascial release and soft tissue mobilisation has helped her with a near normal life.

[You can connect with Dr. Chinoy at: daneshchinoy@gmail.com]