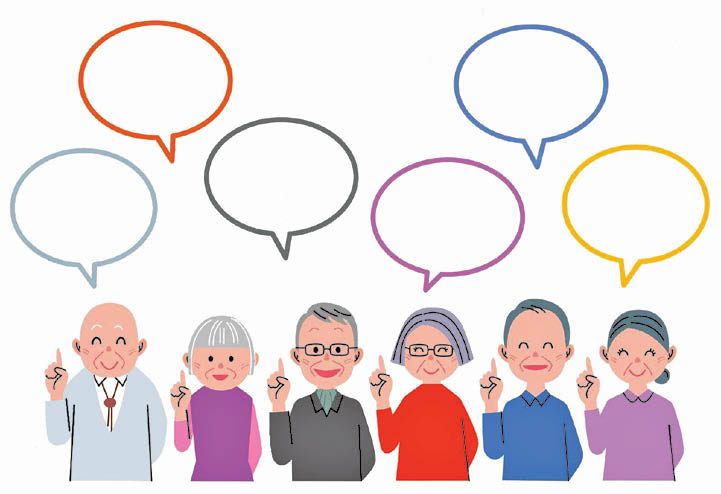 Meherbai’s Mandli recently had a ‘Marriage pe charcha’ on the controversial subject – marriage!

Henpecked Hormusji: If I had murdered my wife, Faridafui, 14 years ago, I would have been out of jail today after serving my full term of imprisonment! Now its life-imprisonment! Mahri tabyet lathri gaij because of my unhappy marriage!

Firdos Fituri: Go to your family doctor for your health!

Henpecked Hormusji: I would have been a healthy person if I had never gone to this doctor. You see, he finds fault with me every time I visit him – once it’s BP, then it’s an overweight problem, later it’s diabetes! I’ll be healthier if I stop visiting him altogether! Even my bank balance will look healthier!

Dolly Ding Dong: My Dolla should be grateful to me for saying ‘Yes’ to an arranged marriage, without even seeing him. Becharo derka jevo laagej!

Dolly’s Dolla (actually Dorab): That’s because she knew that I had a lot of family wealth. In fact, she should be grateful to me for saying ‘Yes’ to her, even after seeing her photo!

Entire Mandli: Why? Why?

Piroj Pehelwan: Mahri mai! You are drinking my blood since 45 years – but you haven’t become red!!

Parjat Paula: My Polly has started talking at night in his sleep.

Meherwanji: If you allow him to talk during the day, he won’t talk at night in his sleep.

Freny Fatakri: Which is better? Love marriage or arranged marriage?

Fasi Gaylo Faredoon: When you are in love, you make wonders happen, but some years after marriage, you wonder what happened!

Banu Batak: Mine was a love marriage to Lovejibhai Lamboo. He used to say, I’ll get you the moon and the stars. Chand-tara tori laavas and now he resents doing jharoo-katka, bartan, vara-mori, chopping, washing, dusting and opening doors all day… things that are simpler than getting Chand-Tara!

Lovejibhai Laamboo: Hoon toh tadden fasi gayoj! Banoo stands on a stool, since she only comes up to my navel and beats me with the jhadoo, saying stand straight when I punish you!

Meherbai: Lovji bawa, why don’t you throw away the stool? Then she can’t jhadoo you!!

Lovejibhai: Mai, this is the twentieth stool she bought. Besides, in the absence of a stool, she would jhadoo me by jumping up and down like Jack-in-the-box!

Meherwanji: Actually, Adam and Eve had an ideal marriage.

Gustad the Ustad: My Google is behaving like my wife – not allowing me to complete my sentence before guessing and suggesting.

Hormusji Henpecked: I am like a lion in my office. Everyone calls me MGM!

Vicaji Vaaghmaru:  And at home? You become a mouse in the house?

Henpecked Hormusji: I am also a lion at home but Goddess Durga (ie Faridafui) sits on the lion!!

Dolly Ding Dong: My Dolla takes me to a fancy restaurant every week, but he never says a prayer before eating as he does at home!

Dolla: Thats because in an up-market restaurant, I am assured of good, tasty food; Their Chefs certainly know how to cook.

Fakarji: Please do not disturb me. I am married and already disturbed.

Mani Meaow: Last evening, I felt very giddy and sick, so I requested my husband to call a vet, but he point-blank refused!

Meherbai: Why a vet? That’s an animal doctor!

As they were talking of doctors, Pallonji Popat suddenly remembered he had a doctor’s appointment that day, as they were chatting and joking.

Pallon Popat: And say what?

Aban: Just give any excuse. Best is tell him you are sick!

Baji Bun Pao: My wife wants any excuse to quarrel. I always call her, ‘Left-right, Left-right, always ready for a fight!’ Only last night, she asked me – what’s on TV and I replied, ‘lot’s of dust!’ and ladai shuroo ho gai! This morning, she looked at herself in the bedroom mirror and said, ‘I look horrible. Short, fat, overgrown hair, triple-chin, huge stomach and wall-to-wall hips.’ Then suddenly, she turned to me and said, ‘Say something nice about me to cheer me up!’ I was speechless! So she said, ‘Mohnu kholo and kai bhaso – say something nice about me!’ So, I said, ‘Your eyesight is perfect and you are seeing well’. She charged at me like a bull in a bull-fight while I quickly hid myself behind the steel cupboard, knowing that she is too fat to come there for me!! I stayed there for two hours like a statue and finally mustered courage to creep out silently only to find that she was waiting right outside the bedroom with a velan (rolling-pin). I thought she was making chapattis, but instead she bonked me on my head as if I was a pancake. I still have a liboo on my head!

Meherbai was fed-up of her Mandli’s highly ‘intelligent’ conversations and so she said, ‘We’ll call it a day’, and everyone sau sau ne gherey sidharya.