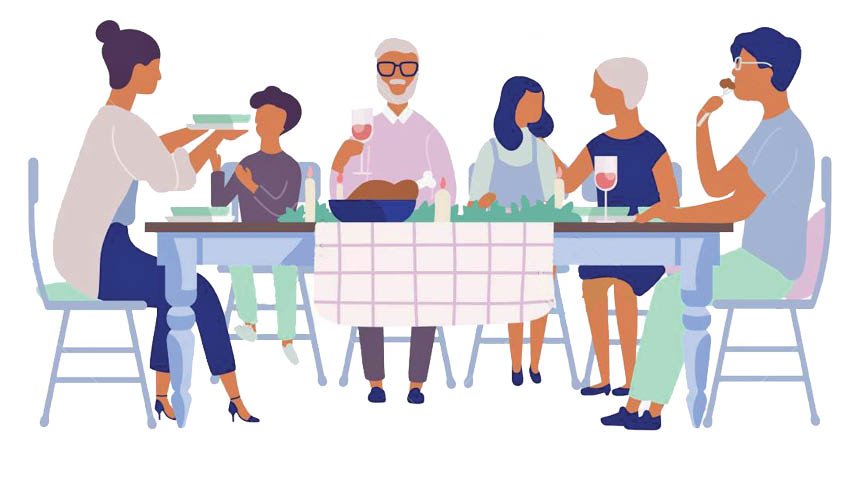 As always, the young-at-heart Mandli (all in their second childhood), met at their favourite club in South Mumbai. This time, Meherwanji’s childhood friend, Edulji Aadhaar-card and his wife Rati Ration-card were also invited.

To test their intelligence, Jhangoo-genius asked, “As far as Covid goes, tell us, which is the safest nation?”

Edulji Aadhaar: Sometimes, you have to play the fool to fool the fool who fooled you!

Coomi Kaajwali: Aban, how many times have I told you to keep your mouth shut? Every time I show you an eligible ‘boy’, you open your mouth and do ghotala-ma-gos and the ‘boy’ runs away saying, “the girl’s upper-story is empty!”

Firdos Fituri: Abanmai, now forget marriage. At your over-ripe age, women become grandmothers and even great grand-mothers and not blushing brides. Besides, where are the eligible bachelors today? All good guys are either married or happy being confirmed bachelors, like me!

Abbhan Aban: Jao jao su vaat karoj? Lots of eligible bachelors are available. Put on your chasmo and look around. Salman Khan is single, so are Ratan Tata, Baba Ramdev, Rahul Gandhi, Sri Sri Ravi Shankar… and you can’t find a single bachelor-boy for me?

Faridafui: Where are the cold-cuts? I want ham, bacon, salami and sausages!!

Polly Popat: Maiji, you yourself look like a cold-storage full of ham and bacon.

Meherbai: My poor Faridafui can’t help it if she has the appetite of four people!

Dolly’s Dolla (actually Dorab – ordering a Fanta):  When I drink a peg of alcohol, Dolly says I’am alcoholic but when I drink up a whole bottle of Fanta, she never calls me ‘Fantastic’ (Fanta-Stic)!

The breakfast arrived – Choice of eggs, toast, butter, jam, cheese, porridge, eggs kejriwal and hot tea to wash it down.

Bomi Bevdo: My wife’s choice is coffee – how silly, and he started laughing like a hyena!!

The Mandli: Why? Why?

Meherwanji: Because you are one of her choices. And by the way, Bomi you landed in court for drinking and driving last week?

Aspi Aspro: Yes. Yes. I was with him in the Court. The Judge said, “You have been summoned here for drinking.”  Bomi was his usual tipsy self and replied: Ok – let’s start ‘drinking’. The whole Court started laughing so the Judge said, ‘order, Order’!  And stupid Bomi said, ‘I’ll have ‘Whisky with soda’!! Now to save Bomibawa from ‘Contempt of Court’ charge, Aspi explained to the Honorable Judge that Bomi is ardho mad aney pono ghelo (half mad and three-fourths silly).

The Judge was perplexed and said that the mathematics is wrong – the numbers half and three-fourths don’t add up. It should be half and half. Now, while they were talking mathematics, the Judge’s wife, Sheramai-Summons came to the Court and ordered the Judge: “Gherey Chalo!! “

And the Judge became ekdum chup-chap and chicken-chaap and meekly followed her after adjourning the Court.

Aspi Aspro:  Now next week, I’ll go again with Bomi to the Court to give him moral support.

Aimai Eienstein: Idea!! I’ll go with Bomi to plead with the Judge.

Gustadji Gotla: No!! I’ll go and show my Gotlas (biceps) to the judge – he’ll get scared of me!

Jabri Jaloo: Who do you think you are with your shrunken choosela-gotlas? Rustom Pehelwan or what?

Soli Sales-Tax: I’ll go!! I am familiar with Courts.

Hormusji: Sure!! You’re familiar with lock-ups also – you forgot? Last month you were in Lonavla lock-up and demanded Maganlal Chiki and Cooper’s Kopra-pak? All you got was methi-pak, dhum-malido and biscot from Pandu Havaldar?

Jimmy Joker: I’ll go with Bomi and tell my Koila Jokes to the Judge and distract him.

Rusi the Rockstar: I’ll go with Soli and that’s it!

Meherwanji: Quiet everyone!! Is it a free Ghambar or what that everyone wants to go? Let Aspi Aspro go as he did last time.

Meherbai: See! Our Mandli is so united and supportive of each other!! When one member is in trouble, everyone wants to help!!

Soon the Bill arrived and since they were all going Dutch this time, Soli Sales-Tax quietly scooted off on his rickety-wickety scooter.

The Mandli: Joyoon Ke? Whenever we go Dutch, Soli zooms off and poor Hormusji has to pick-up Soli’s share! No wonder he is called Sales-Tax.

Hormusji: This too shall pass!