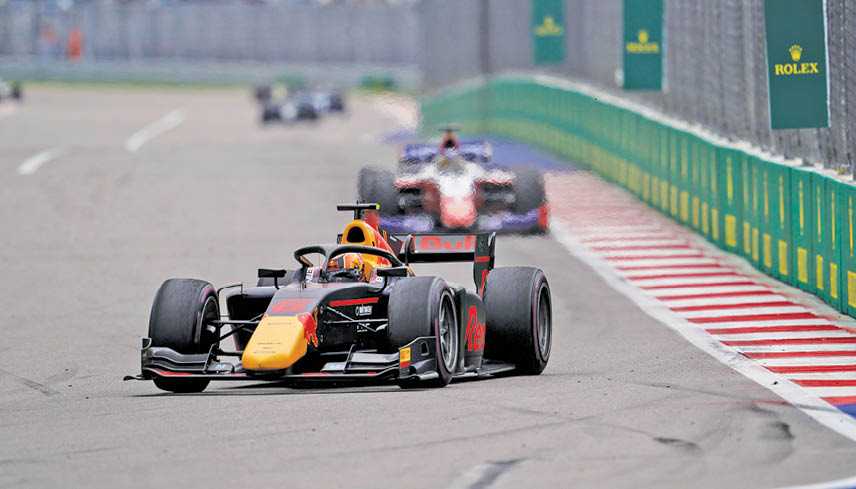 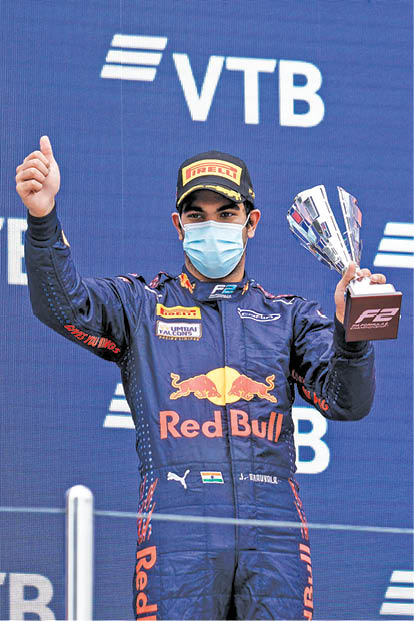 On 27th September, 2021, Indian racing star, Jehan Daruvala bagged his fourth podium this year in Formula 2 at the Russian Grand Prix weekend, at Sochi, Russia. Jehan drove a strong race to finish third in the feature race at the 5.848 km long Sochi Autodrom.

Earlier in qualifying, Jehan was on provisional pole towards the end of the session. Just before the session ended, he was pipped by championship leader, Oscar Piastri. Jehan stayed second behind Piastri. Frenchman Theo Pourchaire was third.

Rain before the race meant the race started on a track with damp sections. Unfortunately, the inside of the track was damp, meaning all those starting on the inside made a poor start. Jehan, first in line on the damp inside, fell to fourth. Once all racers were done with their PIT stops, Jehan remained fourth, behind Swiss racer – Ralph Boschung, but put in a series of quick laps to close the gap and caught him with around 10 laps to go. Jehan piled the pressure on the Swiss driver, forcing him into an error. Jehan moved up into third, but was immediately under pressure from the home favourite – Robert Shwartzman. The Russian was within 1 second of Jehan, allowing him to use his DRS, but Jehan kept his cool, managing to edge away. Jehan continued reeling off a series of quick laps to pull away from Shwartzman and crossed the line in third, behind race winner Piastri and Pourchaire in second.

“It was good to be back on the podium today. After qualifying second, I was confident that we had the pace to fight upfront. The inside line was a bit damp and I fell to fourth at the start, but was happy to fight back and get a podium. I am looking forward to coming back home as there is a long break till our next race in Jeddah,” said Jehan. His fourth podium this year in Formula 2 comes on the back of his dominant victory in Monza. Formula 2 will race again in Jeddah during the inaugural Saudi Arabian Grand Prix weekend, in early December.