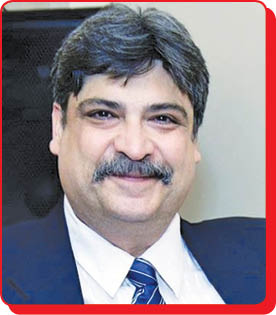 At the meeting of the Board of Trustees of the Bombay Parsi Punchayet (BPP) held on Tuesday 12th October 2021, the Chairman Mrs. Armaity R Tirandaz declared that elections to fill the two vacancies on the Board due to the passing away of Zarir Bhathena and later the resignation of Yazdi Desai shall now be held in October 2022.

This decision of the Chairman was supported by trustee Mr. Viraf Dinshaw Mehta. Trustees Noshir H. Dadrawala and Kersi Randeria opposed the decision and recorded their dissent. Trustee Xerxes V Dastur was absent. The tie of two votes in favour and two not in favour was broken with Madam Chairman applying her casting or additional vote to break the tie.

This announcement came as a rude shock to many including myself. Under the High Court framed Scheme of Elections, the BPP should have Seven elected trustees on the Board. Any vacancy on account of death or resignation must be filled with a period of ninety days.

TWO VACANCIES: Trustee Zarir M Bhathena passed away on 24th June 2020. His vacancy could not be filled due to the pandemic and lockdown and the BPP Board moved the Mumbai High Court as required under the Scheme, for extension of the time limit. Later, Chairman and Trustee Yazdi H Desai suffered a massive stroke and tendered his resignation on 23rd December 2020.

ELECTIONS PROPOSED FOR 14TH MARCH, 2021: Earlier this year, the Board of trustees unanimously and officially declared the date of elections to fill the two seats as 14th March 2021. Efforts began in January 2021 to bring in two ‘consensus candidates’ viz. Berjis M Desai and Ms. Anahita Y Desai with the full knowledge and approval of the BPP Board as also the former Chairman of the BPP, Mr. Dinshaw R Mehta.

All was going well and as one who was spearheading the now infamous ‘consensus candidate’ plan, I was looking forward to see balance and stability on the BPP Board after the proverbial ‘Ides of March’. But as the Soothsayer warned Julius Caesar, “Beware the Ides of March”!

ELECTIONS SUDDENLY POSTPONED!! At the meeting of the BPP Board held on Tuesday, 9th March 2021, three trustees of the BPP (Mrs. Armaity R Tirandaz, Viraf D Mehta and Xerxes V Dastur) decided by majority to postpone the elections. The reason (excuse) was “safety of senior citizens” during the pandemic.

IN TRUTH IT WAS AN EXCUSE TO ENSURE “SAFETY OF THE MAJORITY” ON THE BPP BOARD.

One must remember that around 14th March 2021 the number of covid cases were low and there was no lockdown. In fact, on 20th and 21st March 2021 (a week after the election date of 14th March) members of the community and particularly senior citizens with walkers and walking sticks came out in large numbers to celebrate Jamshedi Navroze and were seen from morning till late evening praying at the various fire-temples which were open and feasting with family and friends at various clubs and restaurants till mid-night.

So much for the alleged “safety of senior citizens”! But, yes, safety of the majority on the BPP Board was secured with unbelievable speed, stealth, finesse and dexterity.

A LOST OPPORTUNITY: In my opinion and that of many others, the elections could have easily been conducted on 14th March 2021 in a safe and secure manner.

All arrangements were in place at polling booths with demarcated areas for social distancing, temperature checks and checking oxygen levels at entry points, periodic sanitization etc. etc. In short more preauction were in place at BPP polling centers than what one witnessed at any place of worship or club or restaurant a week later.

In any case, to cut a long story short, by making “safety of senior citizens” a convenient excuse, the elections scheduled to be held on 14th March 2021 was postponed by vote of three trustees in majority. The Trio tasted its first triumph in terms of might is right!

NEW EXCUSES: Later when things started to improve around June 2021 the next excuse was ensuring that every Parsi should be vaccinated. Well, that too ‘came to pass’ and now there is no longer a lockdown or strict restrictions. So now what can be a new excuse to continue staying comfortable in the cozy nest for the three in majority at BPP?

A brilliant new excuse which occurred to no one in January or March or June 2021 was introduced viz. BPP must go to the court to amend the scheme of elections from the current seven years to five years.

Any Parsi of ordinary prudence would ask, why is reducing term of office such a matter of urgency and only now? Why was this not even whispered about until only now?

But it gets even more interesting. On Tuesday 12th October 2021 yet a novel excuse (like the novel Corona Virus, lame excuses continue to mutate from alfa to omega wave) was propped up – saving the BPP election expense especially because it has a shortage of funds. The question is when was BPP not facing shortage of funds?

When I specifically asked “what about Mrs. Tirandaz whose term will end in 2023?” The response was “we will cross the bridge when we come to it”. I am not sure if it meant the proverbial English bridge or the Zoroastrian Chinvat Bridge?

I also asked “what after trustee Xerxes Dastur whose term ends after Mrs. Tirandaz?” Once again, no logical answer was given.

One assumes the Soothsayer has predicted that the BPP will be flushed with funds by 2023 – perhaps with auctioning all (not just premium) charity flats.

Thus, after Covid, Vaccinations, Term of office to five years, etc. etc. It is now about saving BPP funds.

I agree with saving funds.

Suggested Solution: Let ALL TRUSTEES RESIGN (and I have taken the lead).

Let there be fresh elections for seven seats now or in October 2022. Is the Board ready?

THE REAL REASON FOR NOT CONDUCTING ELECTIONS: Three trustees have become way too comfortable with their majority. They want to enjoy that comfort for yet another year and perpetrate more wrongs starting with not holding elections.

First the excuse was Covid and protecting senior citizens. Then it was getting everyone vaccinated. Now it is reducing term of office to five years and saving election cost.

By all means reduce term of office to five years or make it three for all I care. But stop finding new excuses to postpone elections.

Apply to the court for reducing term of office. But, for goodness’ sake why postpone elections to October 2022?

Would it be wrong to say: Might has become Right?

WHY I TOOK THE EXTREME STEP?

To come back to the issue of why I had no option left but to resign, my answer is simple and straight-forward (I know no other way) – as trustee I could not even remotely or morally see myself responsible for this serious Breach of Trust and I have done what I felt was the Right, Honourable and Dignified thing to do.

To me Good Governance is not a mere subject that I teach at B-schools. It is something I believe in. Transparency and Accountability are not election slogans for me but a way of life. I did not and do not wish to be part of a team that has no respect for the law or commitment made to the court and community.

I do not wish to spend another year as Differing or Dissenting Trustee.

A MATTER OF PRINCIPLE AND CHOICE: Lord Carrington was the Foreign Secretary when Argentina invaded the Falkland Islands and he resigned as a consequence. He later explained in his memoirs: “The nation feels that there has been a disgrace. Someone must have been to blame. The disgrace must be purged. The person to purge it should be the minister in charge.“

Since March 2021 I have felt the same way as Lord Carrington did: The community feels that BPP and the community has been disgraced. Someone must take the blame. The disgrace must be purged. The person to purge it should be the Trustee in charge of ensuring fairness, balance and Good Governance on the Board.

NOT HOLDING THE ELECTIONS IS:

Merely recording my dissent does not absolve me from Breach of Trust.

If as per the Scheme, the wrong decision of the Majority binds me to the wrong, I have decided to free myself completely from that wrong.

If I continue as trustee all I can do is record my dissent and accept the wrongs perpetrated against the BPP Trust and the community.

Therefore, after deep consideration, I felt it would be more Honourable to resign in dignity than to subject myself to suffering the indignity of binding myself to the wrong decisions of the majority.

I HAVE NOT RESIGNED ON IMPULSE: In the Board Room, I first read out my resignation and which is officially recorded. I have written my resignation by hand, signed it, put a date and addressed it to the Chairman and handed it over to her.

Ten days after Gandhi Jayanti, this was my peaceful, non-violent manner of protest to right the wrong at BPP.

Differences of opinion exist on several Boards and Committees. To an extent it is even healthy.
But at BPP it is no longer about difference of opinion. It is about Fundamentally wrong and illegal policy decisions.

TO OFFICIALLY DECLARE THAT BPP WILL CONDUCT ELECTIONS NOW ONLY IN OCTOBER 2022 IS BRAZEN AND SHOCKING.

I have decided to do what I think was the right thing to do. Let the community decide now!