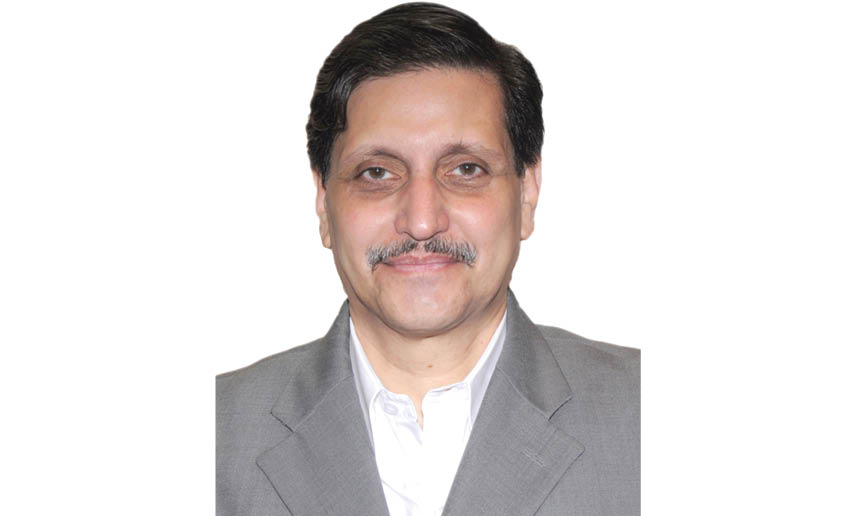 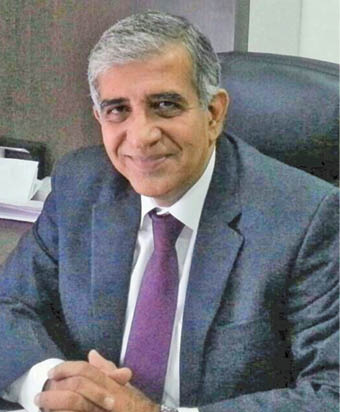 A Man Of Courage And Integrity, A Formidable Colleague, A True Parsi

Yazdi and I started off with differing ideologies, but over a period of time, we came to truly respect and appreciate each other. Yazdi always stood up for what was right, against all the odds. He was truly courageous, he walked the talk and had the guts to take on the powers that be, no matter the consequences.

During the 2015 elections, when we were both campaigning for Trusteeship of the BPP, we actively and mutually supported each other’s campaigns and encouraged community members to vote for each other. From 2015 – 2018, we worked cohesively and effectively as a team – joining forces at the BPP, for the common good of the community.

Throughout the three and a half years, when we worked together actively at the BPP, (even when it came to issues where we did not necessarily see eye to eye), never for a moment could one doubt his flawless integrity or his unwavering commitment to serving community members in need.

He was honest to a fault with unquestionable character. He was extremely generous when it came to charity – giving away his hard-earned wealth with gay abandon to the poor and to those in need. He would give it all away without batting an eyelid – charity for him was a way of life, not an occasional deed. He never spoke much of or publicised his noble philanthropic deeds, which have touched the lives of countless people.

Over time, we both realised that our intent and efforts to serve our community were much larger than our minor differences. As such, despite our differences, there was no divide between us.

As Chairman, not only did he keenly encourage my initiatives, but also wholeheartedly participated in them – be it the renovation of the Gamadia Hostel or improvements to the Doongerwadi. In fact, Yazdi’s steadfast commitment to resolving the issues of Doongerwadi resulted in kick-starting the renovations of the Doongerwadi which, for the record, have seen more repairs and renovations done in the last few years, than over the last two decades.

While he always took a stand for what was right, he was not into petty politics. He had the best of the community at heart and housed a noble vision for the betterment of our community. His dedicated and round-the-clock service to the community forms a large part of the laudable legacy he leaves behind, which greatly inspires us, his fellow Trustees to continue doing the good work we started out with.

But more so, I look forward to his wife Anahita, equally motivated and dedicated to community service for over a decade now, to take forward his glorious legacy. She was his ideal companion and partner and they shared the common goal of community service.

My thoughts and prayers are with Anahita, and along with the entire community, I stand behind her during this difficult time of loss and bereavement. We will all miss Yazdi dearly. May he rest in eternal peace.

Yazdi Desai served the community for 22 years, selflessly devoting time energy and money to the cause of the poor, those in need of help and those who were in difficulty… they all turned to him in their time of despair. A beloved husband, a faithful friend, a guardian of the tradition and a protector of the faith – this is how one remembers him.

Yazdi was a fearless ratheshtar of the religion and he remained so until the very end, unassailed by the controversies that were thrust upon him. When he believed in a cause, as he did for the Doongerwadi, he poured his heart and soul into it and there was no end to the financial support he gave the cause.

From the moment we met, we struck a friendship of a lifetime, and together, with his wife – Anahita, he supported the tradition and battled every controversy and every attack upon the faith. He first got involved when the dakhma controversy erupted, owing to a lack of vultures and to the end, he remained steadfast in his desire to protect the Doongerwadi.

His early life was a struggle and his family moved from one Parsi sanitorium to another in search of a place to stay. This made him particularly sensitive to the plight of the homeless. He stood for trusteeship of the BPP for two reasons – to safeguard the Doongerwadi; and to protect and preserve the religion. He was highly respected by all the High Priests and he and Anahita worked in tandem with them, for the religion.

He was a man in a hurry, working until the early hours of the morning to finish BPP work and that of his office. He was a much-loved Director of PN Writer, the company of his first and last job.

Rest well, my friend, for you dedicated your life to the religion of Ahura Mazda, to the Towers of Silence, and to the faith and for you, there is Garothman forever.

Saddened To Learn Of His Passing

We are deeply saddened to learn about the passing away of Mr. Yazdi Desai, former Chairman of the Bombay Parsi Punchayet. We got full support and encouragement from Mr. Desai towards the restoration of the F.D. Alpaiwalla Museum. His guidance and advice was always welcomed and appreciated by us.

We do hope that his end was peaceful and that he was amidst those whom he loved. One is only left with memories, and we are sure numerous happy moments shared together will give Anahita the solace and the strength to bear this terrible loss.

We hasten to send Anahita, and other members of the Family, our deep condolences in the sad bereavement.

May his soul rest in eternal peace.

I have known Yazdi since 1986 when he was the Accounting Controller at P N Writer. Since then, he rose to become the Joint Managing Director – Legal & Compliance of the Writer Group and from a Community activist to the Chairman of the BPP.

Yazdi, as I have known him, was clear in his goals and had a well thought out path to achieve the goal. But above all, was his ability to listen (with attention), however late it was, displaying a high level of empathy, quick decision making and very large heart… more importantly, his ability to connect with the junior-most person be it in the Community or at the Office.

I am aware of the donations he has made to individuals from his own pocket without batting an eyelid and the money funded for legal cases.

He decided to forgo his business trip to the UK only to be present and handle the challenges during the Cremate bungli issue.

He and his wife, Anahita, were always a phone call away from handling any issues that the Community or an individual faced, even in the office. Whenever the community faced issues, Yazdi was always at the forefront and always ready to take up challenges – be it organising banners, pick-ups or any other arrangements. He had an eye for detail.

His passing is a loss to all those whom he interacted with and whose lives he touched.

He Will Continue To Inspire Us…

As his colleague at the BPP, I found Yazdi to be always polite and courteous. He treated the poor with utmost respect and dignity and was always eager to help those in need – if not through the BPP, then even personally!

He was honest to the core and a very disciplined professional. His integrity was unquestionable and his ability to put in long hours at work was unbelievable. He was selfless and always concerned about the wellbeing of others. His two most outstanding qualities were patience and persistence. He was generous in thought, word and deed.

It was my privilege to know him personally and work so closely with him. We will all miss him but memories of him and his work will continue to inspire us for years to come. 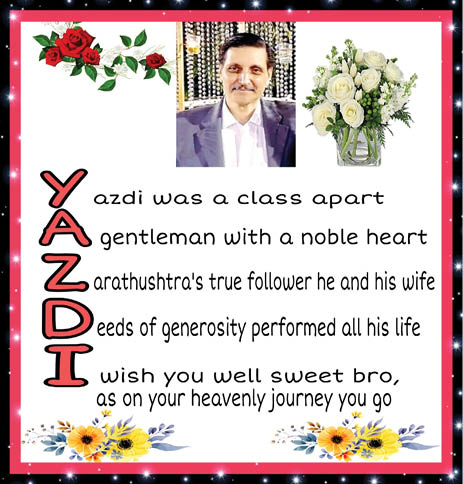