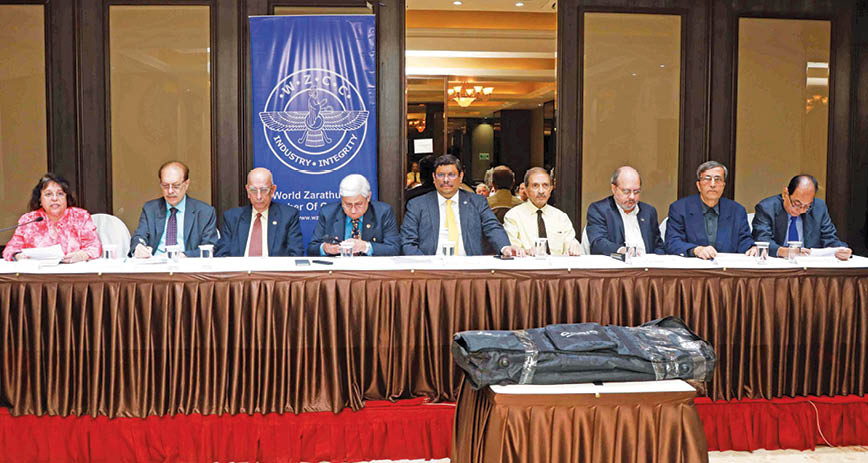 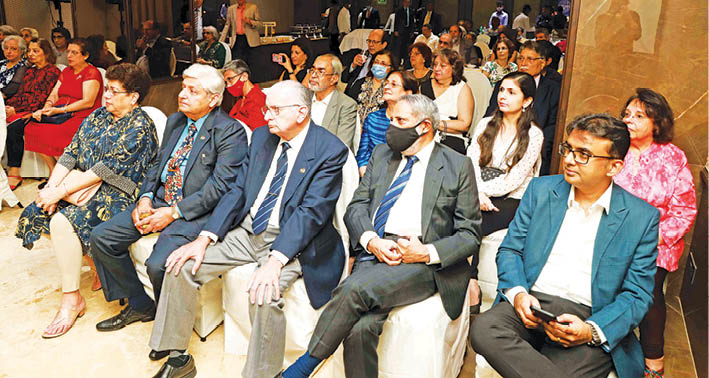 WZCC India Region held its 18th AGM on 30th October, 2021, at a glittering event at Mumbai’s West End Hotel. This was their first in-person in nearly two years, and saw the hall brimming with WZCC’s dynamic senior officials and members, their guests and other dignitaries – who were all delighted to be physically present instead of meeting over Zoom.

Behroze Daruwalla, Chairperson, Global WE-Wing and Hon. Secretary-India Region conducted the meeting gracefully, bringing the AGM to order and inviting Capt. Percy Master – President, India Region, to share the welcome note and the India Region Report. He spoke eloquently about the challenges of the pandemic and how the technology proved to be the saviour in these times. Members from Pune and Bangalore chapters attended via Zoom, making this a hybrid meet.

He shared the annual report of WZCC’s various activities including the financial initiative – ‘WZCCI/WZOTF’ where WZCC arranges for interest-free funding for Indian Start-ups and similar financial Initiative started in North America – ‘Zoroastrian Entrepreneurs Development Fund’, etc. He shared examples of success and thanked the Immediate Past Global President – Minoo Shroff and extolled his efforts towards ensuring WZCC achieving milestones under his initiatives. As this would be his last India Region AGM as India President, Capt. Percy concluded by thanking WZCC’s Indian and foreign Board Members for their support.

The Youth Wing Report was presented by the Youth Director, India Region – Rashna Sanjana, who shared that the Youth Wing had focused mainly on providing employment to the Zoroastrian Youth who had lost their jobs due to the pandemic, and a detailed report highlighting the number of youth who had benefitted from this project. She thanked HR Executive – Aban Mistry for her efforts. Behroze Daruwalla, Chairperson ‘WE’ Wing-International Board then spoke about various interesting webinars organized by the ‘WE’ Wing, praising the entrepreneurs who attained great success despite the pandemic, from across Indian and global chapters.

Keynote Speaker – Saurabh Shah, CEO – Universal Business & Corporate Services Centre, enlightened everyone by speaking on ‘Ease of Doing Business’. He explained how changing business models worldwide had benefitted India in conducting business with lesser hassles and greater efficiency – especially with various procedural matters adopting the ‘One Window’ model. He spoke positively about the future of the Indian economy and went on to satisfactorily answer questions raised by the audience.

The participants thoroughly enjoyed the violin recital presented by Leah Divecha, as also the piano recital by Aida Bisengalieva (accompanied by Gulzara Shakir). Adi Siganporia proposed the vote of thanks, with a special mention to all present, Committee Members and staff, under the excellent leadership of CEO – Aspi Antia. The evening concluded with successful networking and dinner.