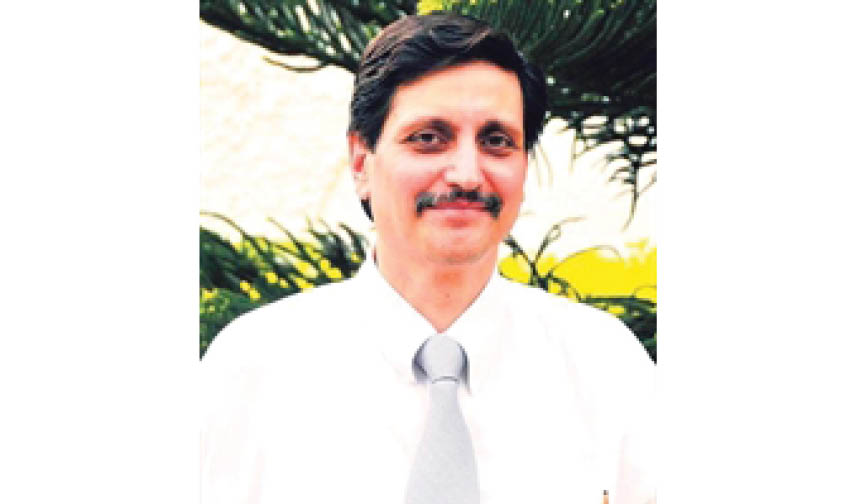 When we heard the news about the passing away of Yazdi Hosi Desai, the words of the American singer, songwriter, novelist, humorist, politician and former columnist for Texas Monthly – Kinky Friedman, came to mind. Friedman famously said, “Find what you love and let it kill you. Let it drain you of your all. Let it cling onto your back and weigh you down into eventual nothingness. Let it kill you and let it devour your remains. For all things will kill you, both slowly and quickly, but it’s much better to be killed by what you love“.

One could say Yazdi died for what he loved so dearly – the community, the religion and the BPP. His passion to do good burned the candle of his life at both ends!

He had dedicated the last two decades of his life to the community and his passion made him obsessive enough to consume him mentally, emotionally and physically. As Trustee and later as Chairman of the Bombay Parsi Punchayet, he took proactive steps to root out inefficiency and corruption from this August institution.

As Chairman of the Federation of Parsi Zoroastrian Anjumans of India (FPZAI), he was much respected and loved by various Anjumans, especially in Gujarat.

When Yazdi contested the BPP elections for the first time, he lost. But there is no dishonor in losing any race or contest. There is only dishonor in not racing or contesting out of fear of losing. Yazdi was persistent and in 2008 he was elected as trustee and in October 2015 he won for the second time and was appointed Chairman of BPP.

It’s true that Yazdi genuinely loved the Parsi Zoroastrian community. He believed in the religion of Zarathushtra even more deeply. He regarded our High Priests with reverence and often used to say that since our scholar High Priests have dedicated their lives to the study of the religion, we, as a community should follow whatever they say without questioning their religious knowledge or wisdom. He cared deeply for all mobed sahebs, especially those serving in mofussil areas.

Today WAPIZ is a household name, thanks to the effort put in by Yazdi and his beloved and devoted wife – Anahita, working with him shoulder-to-shoulder. When WAPIZ celebrated its second anniversary at the Mahalaxmi Racecourse, over 2,500 Parsis, including High Priests and priests turned up to express unity and solidarity. WAPIZ encourages home industry by organizing sale of Parsi house-hold items twice a year at Cama Baug. This event is much sought after by both Parsi consumers and entrepreneurs.

While Yazdi is known more for his involvement with the Parsis, professionally he joined Writer Corporation as an Accounts Assistant in the year 1984. His previous experience included working with AF Ferguson & Co, Chartered Accountants. At Writer Corporation, Legal, Taxation and Corporate Governance were Yazdi’s prime responsibilities though he was actively involved in virtually every area of Writer Group’s finance and administration. He was also a Trustee of Kripa Foundation devoted to the prevention, treatment and rehabilitation of drug addicts.

In April 2020, he suffered from a massive stroke and while he initially recovered well, his general health continued to deteriorate, culminating in his passing away on 2nd November, 2021, which happened to be Fravardin Roj of Mah Khordad, as per the Shehenshahi Zoroastrian calendar. Fravardin is dedicated to the Guardian Holy Spirit (Fravahar) and Khordad embodies the essence of Ahura Mazda’s perfection.

Yazdi was always neat and clean in his personal habits. He was impeccably well-groomed and dressed immaculately. He was a patient listener and he would spend several hours every week either at the BPP or at WAPIZ, listening to grievances of community members and offering solutions, wherever and whenever possible. He was generous to a fault and gave freely of his time, talent and wealth.

Like all Parsis, he was fond of good food and had a sweet tooth. While he was gentle and courteous to all, he would often get impatient with those trying to take advantage of his goodness. He had a short-temper but at the same time, he was also forgiving and had the courage to own up whenever wrong or misled.

The huge turnout at his funeral on 3rd November, 2021, at Doongerwadi bore testimony to his huge popularity. The staff of BPP and Writer Corporation, as also several well-wishers paid a tearful farewell to their friend and leader.

They say, the things we do outlast our mortality. The things we do are like monuments that people build to honor leaders after they are no more. They’re like the pyramids that the Egyptians built to honor the Pharaohs. Only instead of being made of stone, they’re made of the memories people have of the leader. Yazdi and his good deeds will remain alive in the individual and collective memory of lives that he touched for a long time to come.

Our heart goes out to Yazdi’s wife – Anahita. To say she was his ‘better-half’ would be an understatement. Whatever Yazdi was and became, was thanks largely to Anahita, who was his true friend and ‘soulmate’ – always doting on him, supportive and encouraging in good times or difficult times! She is a strong woman with a soft heart.

Anahita loved Yazdi dearly. One could say, among Yazdi’s blessings in life was having a spouse as loyal and loving as Anahita. We know she is heart-broken and therefore it may be apt for us to conclude with a verse by Mary Hall:

If I should die, and leave you here a while,

Who keep long vigils by the silent dust and weep.

For my sake, turn again to life, and smile,

Nerving thy heart, and trembling hand to do

Something to comfort weaker hearts than thine,

Complete these dear unfinished tasks of mine,

And I, perchance, may therein comfort you!