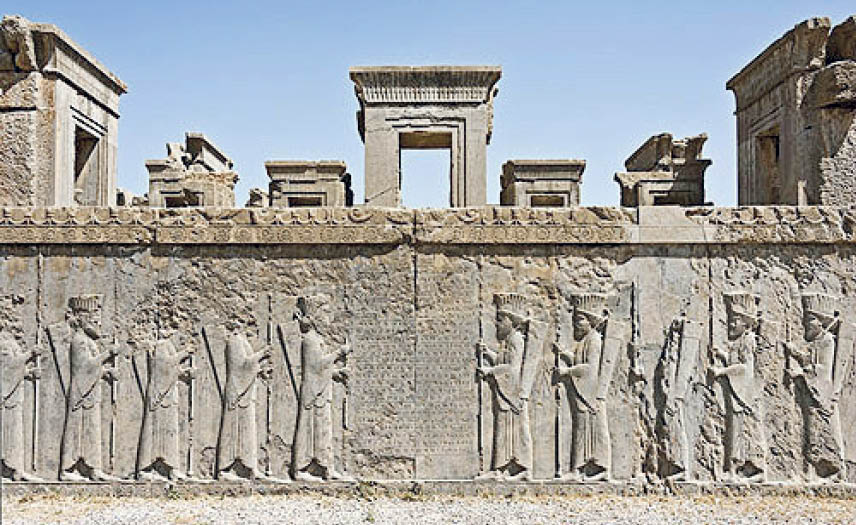 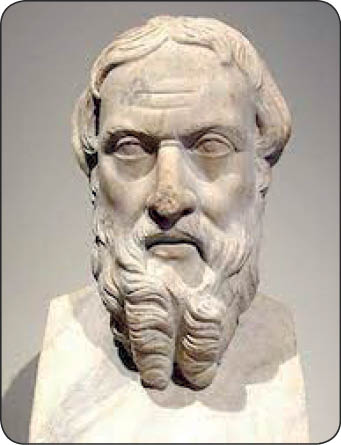 Zoroastrian history can clearly be divided into pre-historic and historic. We know about pre-historic times through legend, myths and references in certain liturgical texts. The historic period is recorded in rock inscriptions in Iran as also by the Greek and later on Arab historians.

Herodotus (484 - 425 BC), the ancient Greek historian, wrote a detailed account of the Greco-Persian Wars in ‘The Histories’, where he pioneered the systematic investigation of historical events. Herodotus describes Persian customs as practiced about two and a half millennia ago (around 430 BCE) at Susa and other Persian strongholds. He contrasts the behavior and values of the Persians with those of the Greeks, with the Persians seeming to come off more favorably. But he also adds: “There is no nation which so readily adopts foreign customs as the Persians.” This is so true even today.

Worship: Writes Herodotus: “The customs which I know the Persians to observe are the following: they have no images of the gods, no temples nor altars, and consider the use of them a sign of folly. This comes, I think, from their not believing the gods to have the same nature with men, as the Greeks imagine. They offer to the sun and moon, to the earth, to fire, to water, and to the winds. These are the only gods whose worship has come down to them from ancient times.”

In other words, Persians revered Nature and through Nature looked up to Nature’s Creator. Little wonder we see no images of Divinities or for that matter even the image of Zarathushtra in that period. Today, by contrast, images of Zarathushtra (although no one really knows what Zarathustra looked like) and other holy personages adorn Zoroastrian homes and fire temples.

Celebrating Birthdays: Herodotus writes: “Of all the days in the year, the one which they celebrate most is their birthday. It is customary to have the table furnished on that day with an ampler supply than common with all types of meats. They eat little solid food but abundance of dessert, which is set on table a few dishes at a time; this it is which makes them say that ‘the Greeks, when they eat, leave off hungry, having nothing worth mention served up to them after the meats; whereas, if they had more put before them, they would not stop eating.’ They are very fond of wine, and drink it in large quantities.”

Now we know where our fondness of meats, desserts and wine comes from!

Decision Making: According to Herodotus, Persians had a unique way of decision making. He writes: “It is also their general practice to deliberate upon affairs of weight when they are drunk; and then on the morrow, when they are sober, the decision to which they came the night before is put before them by the master of the house in which it was made; and if it is then approved of, they act on it; if not, they set it aside. Sometimes, however, they are sober at their first deliberation, but in this case, they always reconsider the matter under the influence of wine.”

Interesting, isn’t it? With our tongue firmly in our cheek, maybe the trustees of the Bombay Parsi Punchayet should try this out!

Quick To Adapt: Writes Herodotus: “There is no nation which so readily adopts foreign customs as the Persians. Thus, they have taken the dress of the Medes, considering it superior to their own; and in war they wear the Egyptian breastplate. As soon as they hear of any luxury, they instantly make it their own: and hence, among other novelties, they have learnt unnatural lust from the Greeks. Each of them has several wives, and a still larger number of concubines. Next to prowess in arms, it is regarded as the greatest proof of manly excellence to be the father of many sons. Every year the king sends rich gifts to the man who can show the largest number: for they hold that number is strength.”

When Parsis came to India, they followed in the footsteps of their Persian forebears. We adopted the India dress, the Gujarati language etc. Even in terms of raising large families we did well until urbanization led to the breakup of large joint families.

Early Education: Herodotus writes: “Their sons are carefully instructed from their fifth to their twentieth year, in three things alone – to ride, to draw the bow, and to speak the truth. Until their fifth year they are not allowed to come into the sight of their father, but pass their lives with the women. This is done that, if the child dies young, the father may not be afflicted by this loss.” He adds, “They hold it unlawful to talk of anything which it is unlawful to do. The most disgraceful thing in the world, they think, is to tell a lie; the next worst, to owe a debt: because, among other reasons, the debtor is obliged to tell lies.”

To speak the truth and lead a righteous life remains a fundamental Zoroastrian value.

Not To Defile:  Herodotus writes: “They never defile a river with the secretions of their bodies, nor even wash their hands in one; nor will they allow others to do so, as they have a great reverence for rivers. There is another custom which is spoken of with reserve, and not openly, concerning their dead. It is said that the body of a male Persian is never buried, until it has been torn either by a dog or a bird of prey.”

Thus, Zoroastrians appear to have been practicing ‘sky burial’ (leaving the corpse exposed to the elements of Nature) for virtually twenty-five centuries. Revering the waters also remains a living tradition.

Other Customs: Herodotus claims: “The Magi are a very peculiar race, different entirely from the Egyptian priests, and indeed from all other men whatsoever. The Egyptian priests make it a point of religion not to kill any live animals except those which they offer in sacrifice. The Magi, on the contrary, kill animals of all kinds with their own hands, excepting dogs and men. They even seem to take a delight in the employment, and kill, as readily as they do other animals, ants and snakes, and such like flying or creeping things. However, since this has always been their custom, let them keep to it. Buying and selling in a marketplace is a custom unknown to the Persians, who never make purchases in open marts, and indeed have not in their whole country, a single market-place.”

Lesson Of History: It would seem we still follow many of the customs and traditions. A few others we have adapted and some we have completely done away with. Throughout human history, communities that have remained loyal to their rich traditions and culture, as also imbibed values and ethics of their illustrious forebears, have remained strong and vibrant.

Even in the corporate world, the most effective organizations are those which respect and celebrate tradition, culture, values and ethics. It is no coincidence that some of these most highly admired corporations are also among the most profitable.

As with institutions, so with communities. A community which respects and celebrates tradition, culture, values and ethics, remains strong and vibrant.