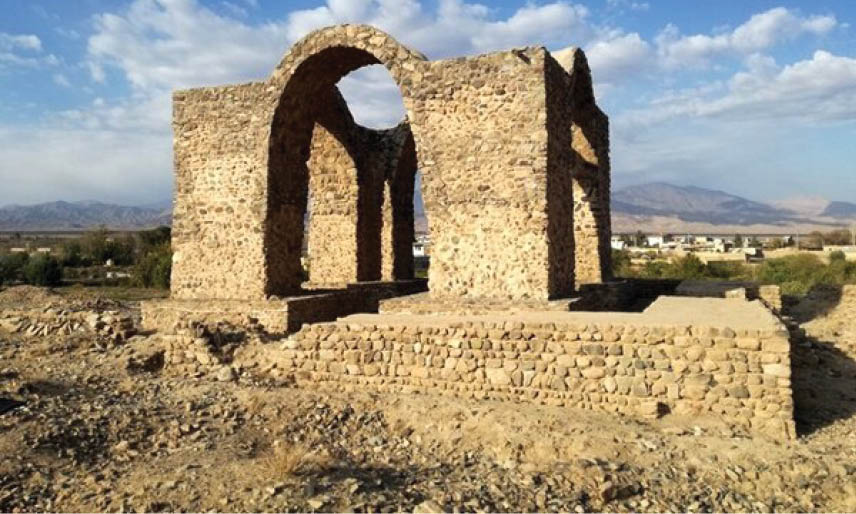 The Khorramdasht Fire Temple, an ancient Sassanid-era monument, located in central Iran, has been demarcated to be protected from any possible destruction. A team of Tehran’s archaeological and cultural heritage experts has defined boundaries for this historic fire temple, which is an example of the Chahar-taqi buildings – an architectural unit consisting of four mudbrick barrel vaults and a dome.

The Sassanid era (224 CE–651) occupies great importance in Iranian history. Under the Sassanids, Persian art and architecture experienced a general renaissance. Architecture often took grandiose proportions such as palaces at Ctesiphon, Firuzabad and Sarvestan which comprise the highlights of the ensemble. According to UNESCO, the architecture of Sassanid monuments in the property further illustrates early examples of construction of domes with squinches on square spaces, such as in the Chahar-taqi buildings, where the four sides of the square room show arched openings: this architectural form turned into the most typical form of Sassanid religious architecture, relating closely to the expansion and stabilization of Zoroastrianism under Sassanid reign and continuing during the Islamic era, due to its usage in religious and holy buildings such as mosques and tombs.

The Sassanid archaeological landscape also represents a highly efficient system of land use and strategic utilization of natural topography in the creation of the earliest cultural centers of the Sassanid civilization. Crafts such as metalwork and gem-engraving grew highly sophisticated, yet scholarship was encouraged by the state. In those years, works from both the East and West were translated into Pahlavi, the language of the Sassanians.