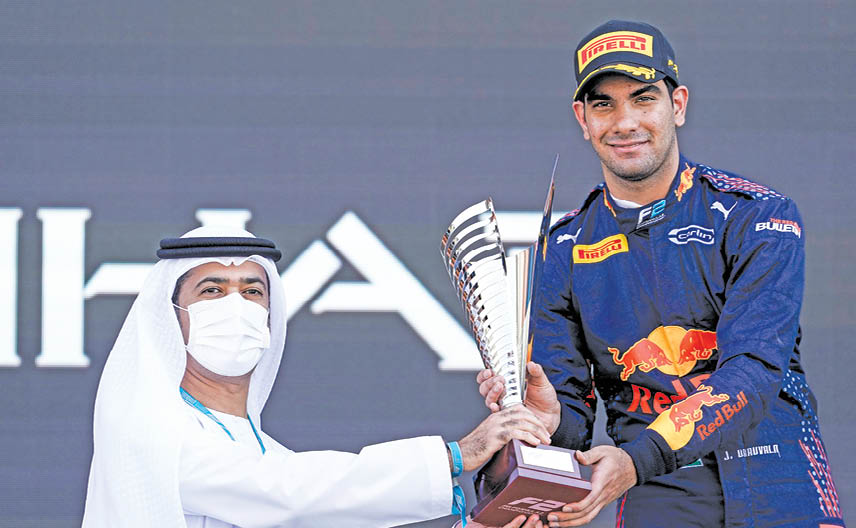 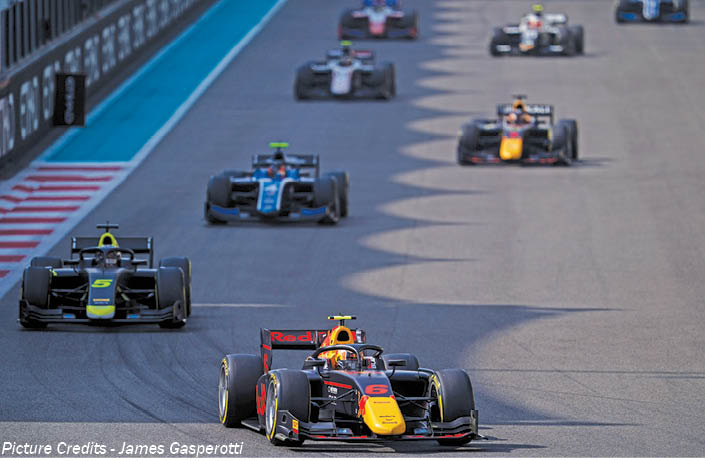 Jehan got off to an excellent start and held his lead in the short run down to Corner 1 of the 5.281km circuit. Behind, Dan Tictum slipped to fourth while Felipe Drugovich, starting third, gained a position to get into second.

Drugovich, then, started piling the pressure on Jehan. Twice on the first lap, the Brazilian managed to pull alongside Jehan, but the Indian held him at bay with some clever positioning of his car.

“After struggling in the early part of the weekend, it is fantastic to win here. I was under a lot of pressure in the first few laps as well as later. But I remained confident and really enjoyed the racing. It’s a good result for the team, so thank you to everyone who has worked hard to make this happen. Starting tenth in the next race is going to be tough, but I will do my best,” said Jehan after his third win in Formula 2 races, in two years.

Midway through the race, Drugovich again started piling on the pressure. He lunged down the inside of Jehan and almost shot ahead too. But Jehan stayed by his side till the corner, where he emerged ahead once again.

Initially, it seemed like Jehan had pushed his car and tyres too hard too early in the race to break the DRS opportunity for the drivers behind. But Jehan had, in fact, managed to absorb the immense pressure and repeated attacks while also preserving his tyre life. Towards the end of the race, Jehan opened up a small gap to Drugovich and kept increasing it.

Jehan comfortably won the race with a 2-second margin over Drugovich to earn his fifth podium of the season. Championship leader Oscar Piastri climbed up the order and finished third to win the 2021 Formula 2 title comfortably. The top ten from this race will be reversed for the start of Race 2, which means that Jehan will have to start tenth.

After showing tremendous pace and overtaking skills in Jeddah last weekend on the fastest street circuit on the F1 calendar, due to penalties in races, Jehan had missed out on a podium last weekend. This race was a strong comeback from the Indian star.