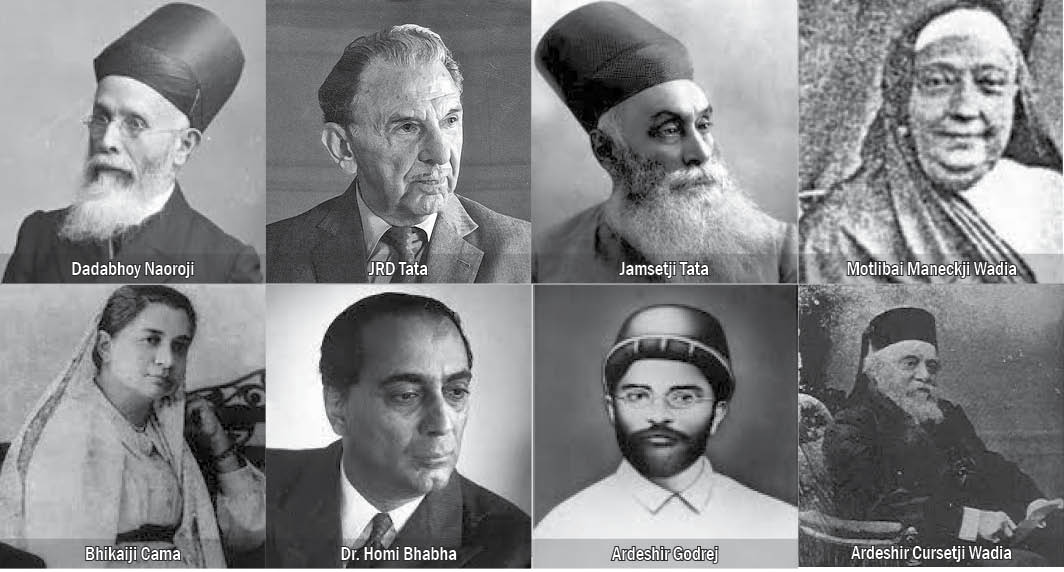 Lately, a video clip has been making rounds on social media portraying the Parsi community in questionable light. It argues with skewed logic whether Parsis at all helped India or only themselves. The comments made by the narrator and the conclusions drawn by whoever scripted this narrative are ludicrous, to say the least!

‘Parsi, thy name is Philanthropy’ is a common expression that traces its roots to time immemorial. Even Mahatma Gandhi acknowledged, “I am proud of my country, India, for having produced the splendid Zoroastrian stock, in numbers beneath contempt, but in charity and philanthropy, perhaps unequalled, certainly unsurpassed.”

It wouldn’t be misplaced even stating, ‘Parsi thy name is Patriotism’. Dadabhoy Naoroji is regarded as one of the most important Indians during the birth of India’s nascent Independence Movement. His book ‘Poverty and Un-British Rule in India’ brought attention to his theory of the Indian ‘wealth

drain’ into Britain. Long before Independence was won, on August 21, 1907, Madam Bhikhaiji Cama designed and unfurled India’s flag of freedom at an International Socialist Conference held at Stuttgart in Germany. Post-Independence, Field Marshall Sam Manekshaw scripted India’s victory in the war with Pakistan (1971).

Pochkhanawala was one of the founding fathers of the Central Bank of India. The list is long – very, very long, be it in the fields of medicine, science, law or the arts and culture! The House of Tata gave India its first Institute of Science, the first Institute of Social Sciences and the one and only National Center for the Performing Arts. Mumbai’s first hospital is thanks to Sir Jamsetji Jejeebhoy and the iconic Tata Memorial Hospital is thanks to the Tata Trusts.

Saving Lives… Forget the past, even today it is Adar Poonawala and Serum Institute of India (SII) which is saving lives, not just in India but globally. SII is ranked as India’s top biotechnology company and is the world’s largest vaccine manufacturer, by volume and sales, producing over 1.5 billion doses, including vaccines for Polio, Diphtheria, Tetanus, Pertussis, Hib, BCG, r-Hepatitis B, Measles, Mumps, Rubella, Covid and more!

Religious Ethos… The driving force behind a Parsi’s charitable instinct is his religious ethos. From a religious viewpoint, Parsis consider poverty, suffering and want as an affliction of evil. To remove poverty, disease and suffering is not only a religious duty, but an act of spiritual merit, depriving ‘evil’ of sustenance. No other quality has brought so much fame to the Parsis as their charities, which have been in size and scope – staggering; and mostly for cosmopolitan use. From public schools and hospitals to welfare of women, children and the aged, Parsis have given back to the country it’s due, many times over.

Institutional Philanthropy… The very word philanthropy brings to mind the name ‘Tata’. Jamsetji, the Tata family patriarch, lived in an age when philanthropy was its own reward – tax rebate for charitable donations was unknown then. The Tata Trusts have created an infrastructure for the balanced development of the nation in science, technology, social science, arts and culture.

Notable Philanthropists… The list of Parsi philanthropists is very and we can only name a few in this article limited by space… Beginning with the House of Tata – Jamsetji Tata and his successors firmly believed that the way to take the injustice out of riches is to dedicate riches to the service of the people, establishing thus, the First Atomic Reactor in Asia, the First Cancer Hospital in India, the First Centre for the Performing Arts and the Institute for Fundamental Research.

Sir Jamsetjee Jejeebhoy, the first Indian Knight and Baronet was another Prince of Philanthropy. The extent of his philanthropy is too vast and varied to be compared with other philanthropists. His contribution to public works and charities between 1822 – 1859 aggregated Rs.24,59,736/- (a huge sum of money for that time). Interestingly, less than 50% of this went towards the Parsi community.

Acts of benevolence were as natural to Jamsetjee as breathing; besides feeding and clothing the poor, he built bridges and causeways, dharamshalas and shelters for the homeless, the infirm and forsaken animals; as also Bombay’s first hospital for civilians, where even today, the poor are treated free or at nominal rates. At a time when India lacked primary education, Jamsetjee established a School of Arts – the biggest school of its kind in the East.

When it comes to the House of Godrej, more than its products shines its vision – the concept of the ‘Trusteeship of Wealth’. The founder, Ardeshir Godrej contributed Rs.3 lakhs by way of donation in 1926 to the Tilak Fund for the upliftment of Harijans and was acknowledged by Mahatma Gandhi as, “the biggest contribution he had received for the cause.”

The contributions of the Wadia family to Mumbai city are simply outstanding. The Bombay dry-dock (Asia’s first dry-dock) which was built by brothers – Lovji and Sorabji Wadia in 1750, made Bombay a viable trading port. Lovji is respected as the Founder of Mumbai’s Shipping Industry. His sons, Maneckji and Bomanji, built on his reputation of integrity, industry and ability. Seven generations of Wadia master-shipbuilders have constructed ships in Bombay that have plied the seven seas from the shores of the New World to the ancient shores of the China Seas.

In 1834, Ardeshir Cursetji Wadia was the first to introduce gas to Bombay. He became the first Indian Fellow of the Royal Society of London. Nowroji Nusserwanji Wadia proved his engineering skills by establishing the textile giant – Bombay Dying & Manufacturing Co., in 1879. As a Chair of various government and educational bodies, he introduced programs for better schooling; introduced the kindergarten system of education; advocated physical training for boys and girls; better administration of hospitals etc.

Naoroji’s sons – Cusrow and Ness, expanded the textile business and continued on the path of philanthropy and progress. In the 1920s, Ness established a wireless service, forerunner of the telephone, the India Radio and

Communication Company, linking India and Britain for the first time. Motlibai Maneckji Wadia established dispensaries and in particular, the Bai Motlibai Obstetric Hospital. Land and money were given to orphanages and donations flowed freely for emergency relief of citizens.

Moving On… Indeed, Parsis have no need to prove their work or their worth. What Parsis have contributed to the country has been recorded and recognized over centuries, not just by non-Parsi historians but various governments. To even question whether Parsis have helped or contributed to India is preposterous. Rightly did Oscar Wilde quip, “Ridicule is the tribute paid to the genius by the mediocrities.”