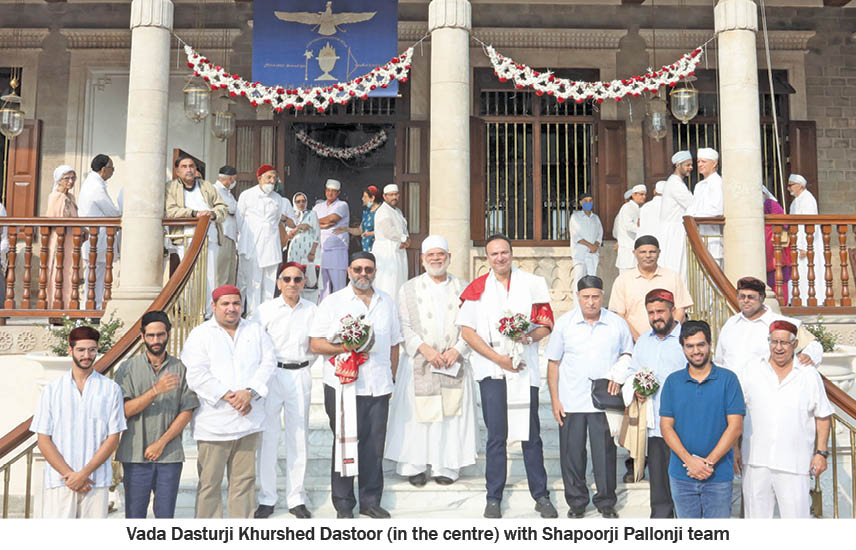 The Iranshah Atash Behram building which housed the revered Iranshah since 31st October 1894, was constructed originally with the generous contribution of Bai Motlibai Manockjee Wadia, daughter of the late Jehangirjee Nasserwanjee Wadia, in memory of her husband, the late Manockjee Naorojee Wadia. A thorough research by the Shapoorji Pallonji team revealed that the main building and allied structures had undergone many changes over the last century, which were not part of the original architectural intent. A meticulous restoration plan was prepared to strengthen the structural stability and restore the original architectural integrity.

The Restoration Work included structurally strengthening the stone, brick and lime mortar structure of the Atash Behram building; and repairing the wood in the building and the roof. The roof covering the first-floor terrace was removed as it was an additional load on the structure and a potential source of leakage. Layers of paint were meticulously removed to expose and restore the original stone façade of the building and the crafted stone pillars. The marble on the veranda (otla) flooring and staircase was replaced and a ramp for wheelchair access was relocated. The dome housing the Kebla (sanctum sanctorum) passed the required test, not needing any repair work. The five chimneys in the Kebla were replaced being beyond repair.

The roof and walls of the Nanhya house were restored. The Nanhya house was constructed in 1895 and is where Mobeds take their bareshnum and live in isolation as part of their purification process. New Ghodhas (Lamassu) were crafted from a monolithic sandstone block and placed at the entrance gate. The Kusti area was entirely rebuilt. Damages to the Mobed’s resting house were repaired and the architecture modified to be in consonance with the complex. 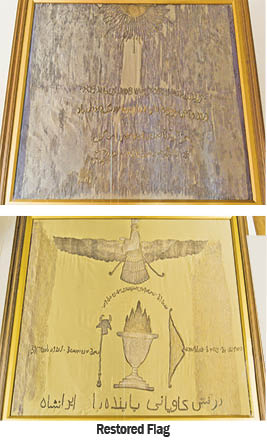 A team of conservationists restored all the damaged plaques, metal antiquity and paintings at the art and antiquity restoration lab setup in Dasturji Kayoji Mirza Hall in Udwada. The original flag of Iranshah was restored and framed. As the restored flag cannot be hoisted, a new flag as a replica using the same material palette of the original flag has been made, and will be hoisted on auspicious occasions. 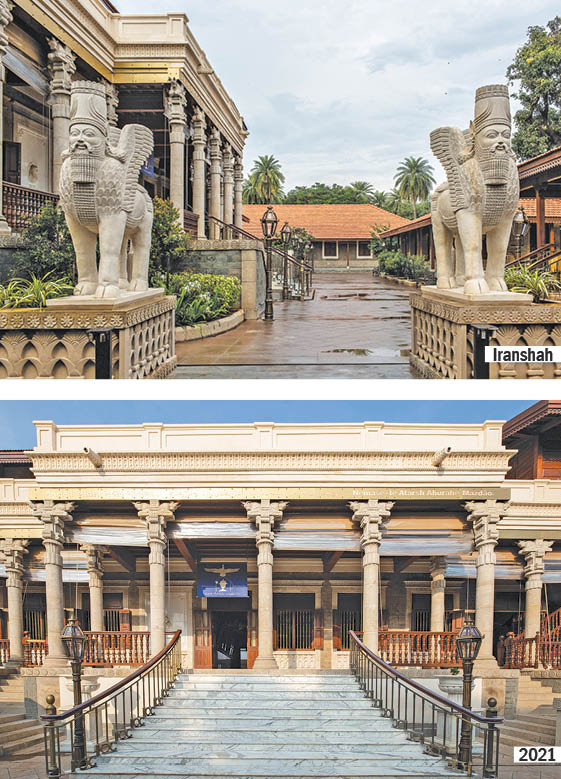 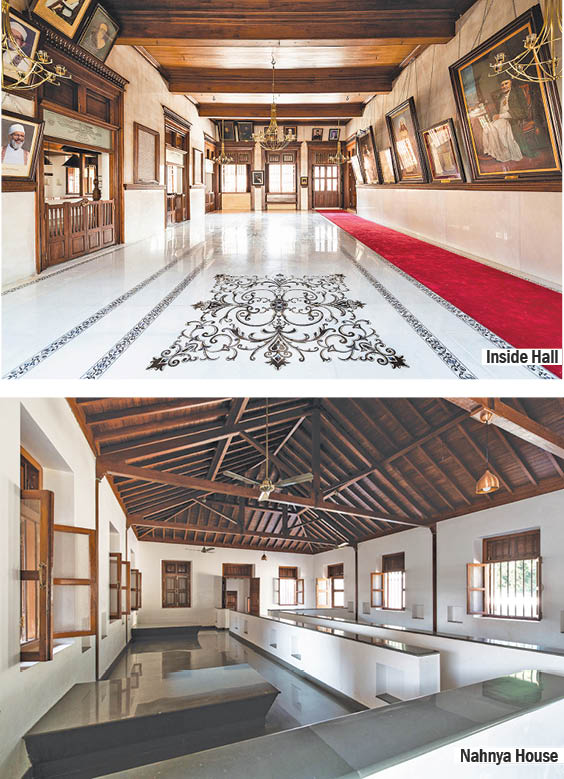