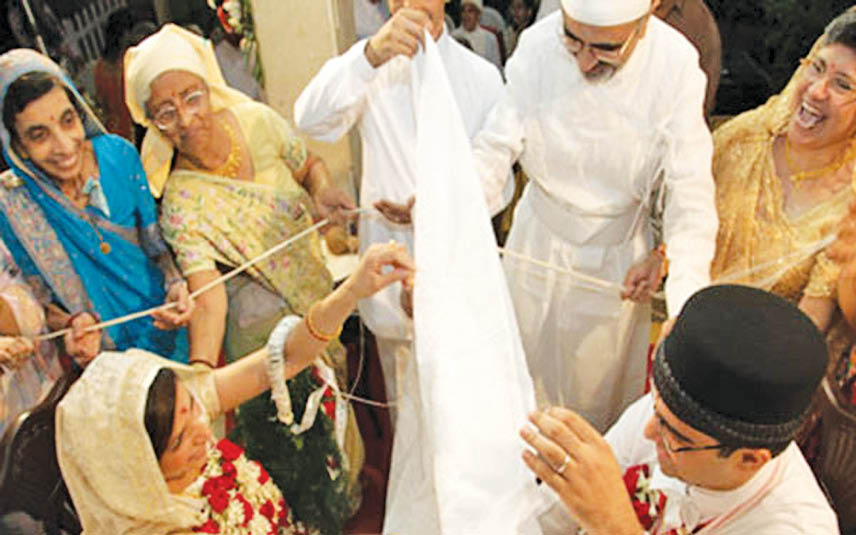 The festive season heralds the onset of marriages. From a Zoroastrian viewpoint, marriage is the celebration of life itself. To understand our prayers, most of us need to refer to translations. A marriage is hopefully, a once-in-a-lifetime experience and many, especially those getting married, would like to understand its essence from a religious perspective. Noshir H. Dadrawala brilliantly elucidates the beauty and the wisdom behind the prayers said during our Zoroastrian marriages. 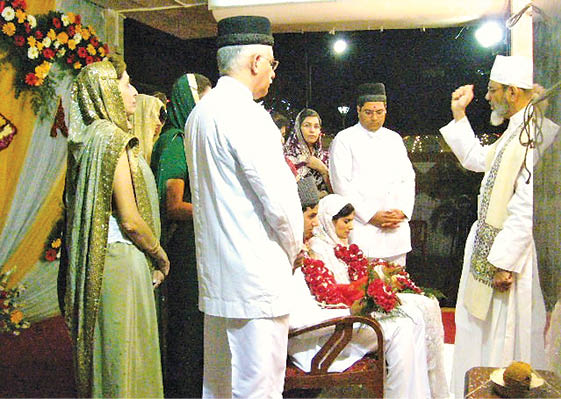 The scriptures not only encourage, but also enjoin marriage, including so for the clergy.

Vendidad (4.47) states:
“O Spitama Zarathushtra!
Indeed, I thus recommend hereunto thee
A man with a wife above a Magava (Holy man),
A man with a family above one without a family,
A man with children above one who is without children”


Vendidad (3.1) also avers:
“That place is happy, over which
A man builds a house
With fire, cattle, dogs, wife, children
And good followers”

In the Holy Gatha (Yasna 53.5) Asho Zarathushtra advises:
“I say these words to you marrying brides and grooms!
Impress them in your mind.
May you two enjoy a righteous life by following the law of Asha (Righteousness)!
Let each one of you clothe the other with righteousness.
Then assuredly there will be a happy life for you.”

Clearly, the Prophet assures marrying couples that happiness will fill their lives if together they follow the right path. What is most uplifting is the thought regarding clothing each other with righteousness.

The marriage ceremony, which we in India commonly refer to as ‘Ashirwad’ commences with: Avar dad va ain-i-Din-i-Mazdayasni (According to the rules and customs of the Mazdayasni religion) and continues on to bless the couple thus:
“By the helping name of Ahura Mazda
May your happiness increase!
May you be brilliant!
Do good deeds!
Increase righteousness!”

Invoking the Bounteous Immortals (Amesha Spenta) benedictions are showered thus:
“May Ahura Mazda bestow upon you:
Good thoughts and wisdom through Bahman
Truth and good health through Ardibehesht
Power and strength through Shehrivar
Piety and humility through Aspandarmad
Sweetness and perfection through Khordad
Fruitfulness and immortality through Amardad!

The officiating Priest continues then to invoke the various Yazata and blesses the couple with luster through Adar, purity through Avan, exalted position through Khurshed, justice through Meher, wealth through Ashishwangh and eternal light and nourishment through Aneran!

The Priest then blesses the groom with qualities that the Great Kings and paladins of ancient Iran were known for:
“May you be:
Great in dignity like kai Khushrow
Victorious like Zarir
Pious as Vistasp
Strong as Sam
Powerful as Rustom!

The Ashirwad ceremony concludes with various admonitions including:
“Do nothing without mature consideration.
Acquire wealth by righteous means.
Be industrious.
Fight your opponents only by fair means.
Speak with great consideration when in an assembly”

And, just before concluding, the priest chants:
“Be more glorious than your father.
In no way annoy your mother.
Recognize Ahura Mazda as your God.
Remember Zarathushtra as your spiritual guide.
Treat Ahriman (evil) with contempt!”

Thus, for a Zoroastrian, marriage is a path to happiness through righteousness. It is not a contract. It is about good companionship. It’s about friendship. And, above all else, it is about making this world a happier place to live in!