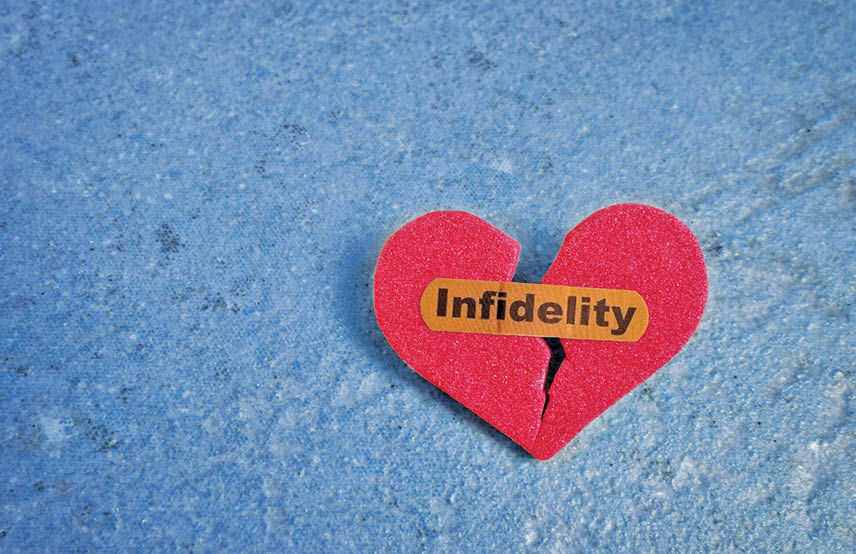 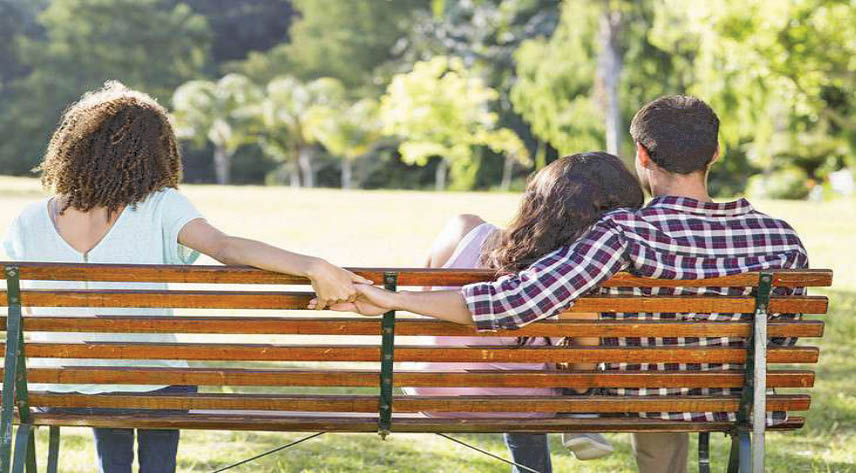 There’s a school of thought which says that seven years is a turning point in a marriage and it begins to wear off and crumble. It’s called the ‘Seven Year Itch’. Hollywood even made a comedy film with this title in 1955, starring Marilyn Monroe who is married for seven years and seduces her neighbour. (Seven years proved unlucky for Jennifer Aniston and Brad Pitt too!) While that is quite funny in films, in real life it’s very sad when marriages crumbles, especially for the children.

When two people marry, everything is happy-happy, blissful, gorgeous and beautiful because both are head-over-high-heels in love with each other. But, in many cases, as soon as difficulties, problems and challenges come in through the door, love flies out of the window! Maybe, there is something about seven years, when love and closeness may start to dwindle. Don’t forget that every marriage starts with explosive excitement, followed by a decrease in physical as well as emotional satisfaction over the next few years. In other words, the gloss wears off.

During courtship, the partners spoke only of love and were on their behaviour, but seven years into marriage, you spend more time discussing finances, savings, spendings, kid’s education and division of labour… with the result that the couple stops paying attention to each other. Each spouse takes the other for granted. Things change drastically and romance wears off.

Earlier, the guy would come home with a dozen red roses and chocolates. Now, he’s completely changed. The guy, who earlier couldn’t keep his hands off you, now returns home tired, increasingly grumpy and shooting straight for the TV, computer or his cell-phone. Push him at this stage with complaining, nagging or indifference and you’ll push him into the arms of another woman!

Which brings us to the serious topic of adultery. Men, as well as women, stray. Men, as well as women, have been having extra-marital affairs since the institution of marriage was founded. In some cultures, the threat of public stoning, death or shame of being caught, scared them into fidelity. But what good is that fidelity when your heart yearns for another man or woman?

Today, the frequency and openness of extra-marital affairs is appalling. Perhaps, with women’s liberation came along the egalitarian marriage, creating the expectation that marriage should be about sexual-fulfilment and friendship. In previous generations, there were no such expectations and if you didn’t expect much, you couldn’t  be disappointed either… and so, the marriage worked. This reminds me of a funny incident when I was counselling a couple and the wife demanded sex thrice a week. Her spouse cried out in anguish, “I’m a husband, not a performing monkey!”

Sexual incompatibility is actually very sad for the spouses having to bear with it. Men and women can be equally cold and non-demonstrative – I know this because for a decade as a delegate at the Parsi Matrimonial Court, I’ve had a ring-side view of sick marriages. So, what does the dissatisfied spouse do? The solution lies in discussing the area of your dissatisfaction to your partner and do something about it jointly, instead of resorting to infidelity with another partner.

Remember, when you are cheating on your partner, you’re also cheating on your best friend and the co-parent of your children. The repercussions are far greater when there are children. They are very perceptive and get depressed. They understand something wrong is happening between their parents, immaterial of your attemots at hiding things or pretending that all is well.

So, why do people have affairs? Could be boredom, loss of communication between spouses, both may be busy in their careers, the sudden attention from another man or woman, incompatibility, sexual-dissatisfaction or just the thrill of a new experience. It could be any reason. But at what cost? The risk is surely not worth it. You go down the path of deceit, concealment and betrayal from the minute the affair starts. All this causes guilt and guilt causes stress. You could even lose your kids!

While there are those who feel they are stuck in a loveless, miserable and restrictive marriage, there are also those who have a good marriage going, but still indulge in an extra-marital affair! It’s their life, their choice. We are nobody to judge because we have not walked in their shoes and so, we don’t know where the shoe pinches! In such cases, I encourage couples only one thing – Honest Communication. Talking frankly and honestly is the key. When you no longer want to talk to your spouse, the relationship is already on the rocks. It means you are giving up; you feel hopeless and helpless that nothing’s going to change.

But you can change a bad marriage into a good one and a good marriage into a great one! How? Spend quality- time daily with your partner, do activities together like morning walks, play chess, talk, communicate, share ideas, discuss issues, watch TV, movies and plays holding hands. Keep children and family members out during your quality time. It’s meant only for the two of you to ‘bond’ your relationship, to become each other’s best- friends.

Also, avoid things that annoy each other and consciously do things which please each other. Remember, love is not just looking at each other but looking in the same direction. Cultivate shared interests. If a couple is unable to remember when they last had fun or a huge laugh together, that’s a danger signal to repair your marriage. After all, we don’t wait until our car totally breaks down before sending it for service! Be kind and loving to your spouse. As for that ‘Seven Years Itch’, remember, every itch doesn’t need scratching!