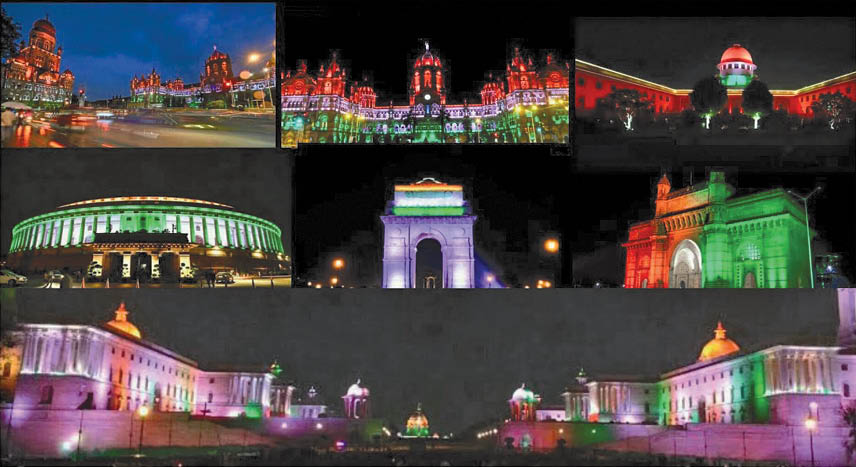 The year was 1950. The day – 26th January. There were celebrations rife everywhere. The Constituent Assembly of India became the Parliament of India, under the transitional provisions of the new constitution, and Dr. Rajendra Prasad became the first President of India. India became a Republic and this day has since been celebrated as the Republic Day. All this did not make sense to the boy who was in the fifth winters of his life, but it sure was fun.

Early in the morning, scrubbed and tubbed, an elderly mamaji of the family, dressed in black daglo made of alpaca wool, with white duck trousers and crowned with a ‘Pagri’ took me to see a parade. I still remember getting goose-bumps watching the martial sight and hearing the martial music. Back home one would find most of the family stuck to the radio, listening to the commentary, probably by the legendary Melville DeMello, of what was going on in New Delhi. 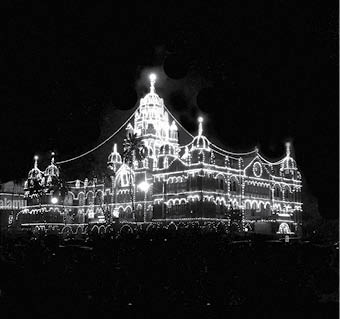 That evening, the strict 9 o’ clock bedtime was suspended and by 7:30 pm, my family was out on the roads and streets of Bombay (now Mumbai ). By family I do not mean mama, papa and a kid sis or bro. The family then consisted of an assortment uncles and aunts of various denomination, parents and grandparents and few family friends. The most number of people assembled together at any single moment that this young man had seen till then was at the Marine Drive on Sunday evenings, or at  Atashbehrams on the Navroz day.

Out at the Flora Fountain, the noise was almost at biblical levels – Babel! People were everywhere – waving flags, blowing hooters, horns and trumpets. It was frightening. Myself, standing a little over two feet, was lost in the world of legs. Legs with trousers, legs with lungis and dhoties, bare legs’, stockinged (excuse my atrocious English) legs, hairy legs, smooth legs. It was only when an uncle of mine picked me up that I surfaced for a breather and all was hunky-dory. What I saw then will stay etched in my soul forever. I saw buildings all lit up with thousands of bulbs. There must have been lakhs of them, but lakhs was beyond a boy of five to comprehend. But then, lakhs was beyond grownups too, when it came to Rupees. Five figure salaries were what the dreams were made of then! 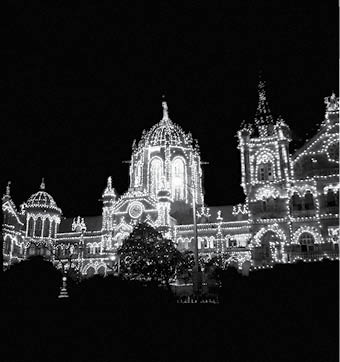 But, back to illuminations! The mighty Gothic High Court building was all aglow, as was also the Bombay University’s art deco buildings with the Gothic Rajabai Tower… an interesting and strange mix of two architectural styles, within the same campus. The Secretariat building, which is now the Sessions Court, was also lit up; as was the New India Assurance Building, the Prince of Wales museum, the Elphinstone College, Sir Cowasjee Jahangir Hall (Now the Center of the Modern Arts) the Regal Theatre – all so resplendent – bright and beautiful!

The Apollo Bunder, i.e. the Gateway of India was a sight to see! The ships in the harbor had their lights glaring, the sea seemed aglow with the reflections of these lights, even as the ships proudly blew their horns, as if making a counter-point to the roar of the crowd ashore! Dazzling lights and cacophonic noise were the order of the day.

Much later in the evening, I remember having dinner at the Coffee House, which used to be bang opposite the Akbarallys at the Churchgate Street.  It was my favourite place, serving great food and yours sincerely was quite partial to its potato chips (which were not yet rechristened ‘French Fries’ then) and fruit salad with jelly.

My papa’s pocket was picked sometime that evening, while maneuvering through the crowds. He lost a little over Rs.150/-, a sum not to be sneezed at, in 1950. This was the only blot on that happy day. It was well past midnight when we decided to plod our weary way homewards.

The evening of the next day, yet again we ventured out, taking a tram ride through Bori Bunder as it was called then and called even today, though it has been given another name. There, the splendid Indo-Saracen architecture stands – the magnificent Victoria terminus, in all its glory, afire with a million light bulbs. The tram went on to Pydhonie road and we returned via same tram. The festivities went on for four days, year after year, till the Sino-Indian war in 1962, when it was stopped.

(Since 1950, the 26th of January is celebrated every year as the Republic Day in India. It was on this day in 1950 that the Indian Constitution came into existence. An interesting point to note here is that India got independence from the British rule on August 15, 1947, which is celebrated as India’s Independence Day.)