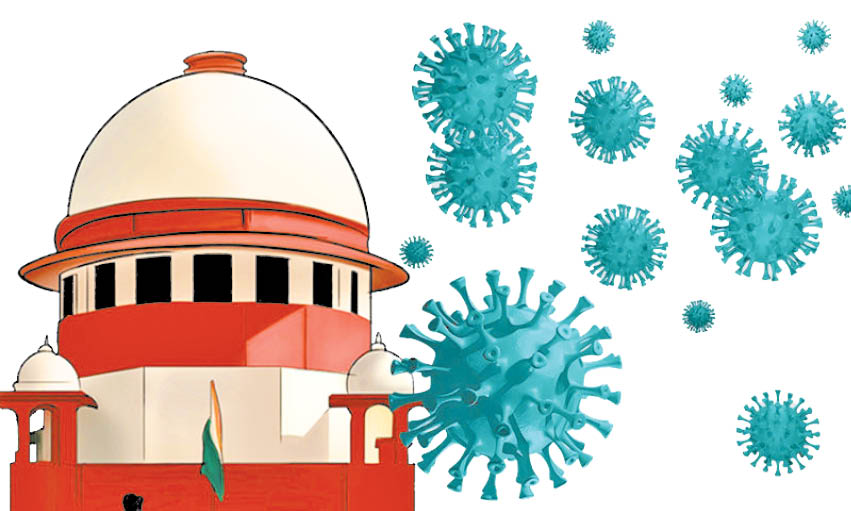 Much to the relief and delight of community members, on 4th February, 2022, the Hon’ble Supreme Court passed an order finally allowing the traditional Dokhmenashini system for Parsis, who succumbed to Covid, in keeping with the terms of the agreed protocol, which confirmed to both – the tenets of the Zoroastrian faith as well as the safety concerns of the Government.

It was submitted before the Court that the parties had agreed upon on an SOP (Standard Operating Procedure) as regards the disposal of Parsi Covid 19 victims, by way of the Dokhmenashini system.

Accordingly, the Hon’ble Court passed an order allowing the Dokhmenashini system for Parsi Covid victims, in adherence to the terms confirming the Zoroastrian religion tenets and equally addressing precautionary measures mandated by the Centre. In view of the agreement between Surat Parsi Panchayat Board and the Centre, the protocol would include placing iron rods and grills above the towers of silence across India, so that no bird would feed on the bodies and carry COVID strains, and that the bodies would be disposed-off, only by sun rays.

Other protocols included corpses to be brought in a body-bag with only the face exposed and would be handled only by duly vaccinated Nassesalars (official corpse-bearers) dressed in PPE kits, with their temperatures recorded post every funeral; all relative/visitors (maximum 10) would need to wear face masks and ensure a distance of 10 feet from the corpse at all times – including the priests performing the Geh Sarna (paidast) prayers, who would also need to wear N-95 masks and gloves; and a separate Dokhma set aside for Covid victims.

On 6th December, 2021, the Apex Court had sought responses from the Centre and the Gujarat government on the plea seeking a traditional burial for community members who died of COVID-19. The appeal was filed by the Surat Parsi Panchayat challenging the Gujarat High Court order which had dismissed this plea, on July 23, 2021. On 10th January, 2022, the Supreme Court had sought the assistance of Solicitor General Tushar Mehta, to amicably resolve the grievances of the Parsi community.

With this ruling, the Gujarat High Court Order has been set aside and the proceedings will now be governed as per the terms of the agreed protocol. The community members, who were long waiting for this legal allowance of being able to have a traditional funeral for Parsi Covid fatalities, have expressed great thanks to the Surat Parsi Panchayat board for taking up this matter legally, as well as Vada Dasturji Kotwal and the legal team comprising Fali Nariman and Zerick Dastur, alongside Karanjawalla & Co (the same legal team which represented the community in the Mumbai Metro matter) for their efforts which led to this triumphant conclusion.