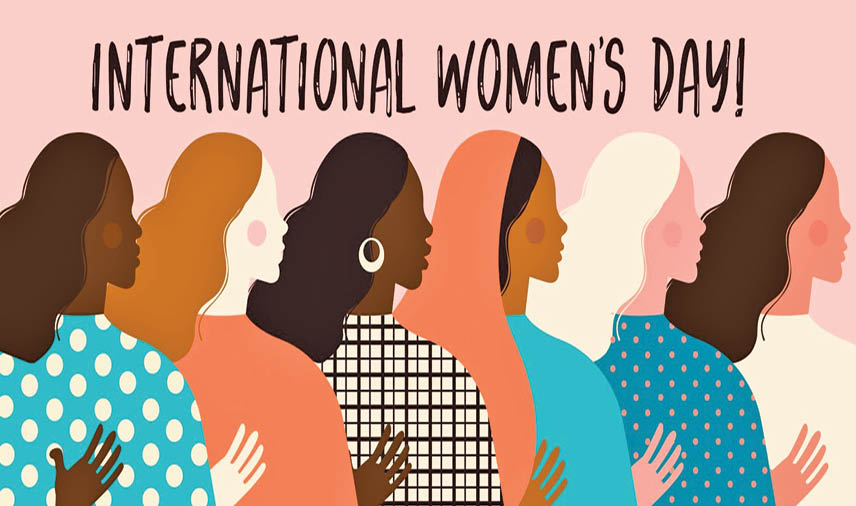 Every year, March 8th is celebrated as International Woman’s Day dedicated to the approximately 3.82 billion women, that make up the population of the world, according to a 2019 census. By that number alone, a celebration is certainly in order.  Women worldwide have fought long and hard for their rights and there’s no denying it’s been a long-drawn struggle. Women have certainly come a long way since.

International Woman’s Day dates back to 1917, after women gained suffrage in Soviet Russia. Since then, March 8th has become a national holiday. It was predominantly celebrated by the communist countries and Socialist Movement until it was adopted in 1967 by the Feminist movement. In 1977, the United Nations recognised the day and started celebrating it as International Women’s Day.

Women are regarded as the personification of love, beauty, grace, resilience and strength. In honour of their contributions, we celebrate March 8th as a day to spread awareness regarding women’s rights and gender equality. This day celebrates social, economic, cultural and political achievements of women globally.

In the past two years, women have stood at the front lines of the COVID- 19 crisis. They’ve served as health care workers, caregivers, innovators, community organizers – displaying exemplary and effective leadership in combating the pandemic. The crisis highlighted the centrality of their contributions and the disproportionate burdens that women carry. These years have underlined the tremendous role by women and girls around the world in shaping a more equal future and their contributions to the recovery and healing from the COVID-19 situation.

International Woman’s Day 2022 reminds us of women’s rights. Gender equality is imperative. Women have faced compounded challenges because of colour, creed, disabilities and discrimination. While some women may have not encountered discrimination or harassment, or faced systemic barriers on their way to success, it’s certainly not the experience of all women.  Where it is prevalent even today, women should take on the pivotal role of supporting their less fortunate sisters. Now is the perfect time to shed these old delusions of sex disparity. The time is ripe for partnership, not polarity.

While days like International Woman’s Day are indeed times to celebrate the gains that have been made and to measure how far we have come, it’s equally important to see that there are many more steps to take and to focus for all those challenges ahead.

International Women’s Day is a time to reflect on progress made, to call for change, to celebrate acts of courage and determination by extraordinary women. Then there are the silent contributions by those ordinary women too, the mothers and sisters, the daughters and caretakers. They toil and struggle without a word or a whimper. These women too are heroes all, and have played roles towards the history of their countries and communities for years and decades.

The world has made unprecedented advances. Fifty years ago, we landed on the moon, in the last decade we’ve discovered new galaxies and stars.  We’ve even photographed a Black Hole and sent NASA rovers and a Lander to Mars. But in the meantime, legal restrictions have kept 2.7 billion women from accessing the same choice of jobs as men. Less than 25% of all parliaments have women even today. As of 2021, one in every three women still experiences gender-based violence.

Women today are the real architects of society. Women have a goal here and while we rebel and struggle endlessly against gender bias and discrimination, we need to remember as well that the most important thing a women can do for another is expand her sense of possibilities as well. Feminism isn’t about making women strong. Women are already strong. It’s really all about changing the way the world perceives that strength. There is really no limit to what we as women can accomplish… in the words of Margaret Thatcher, “If you want something said, ask a man; if you want something done, ask a woman.”

Today, do a small thing for a woman or girl in need. Listen. Consider. Reflect. Celebrate this year as a woman. We need to live in a world that idolizes womankind everywhere, a world that loves, cherishes and respects women every day, in every way. Happy Woman’s Day to all you terrific, splendid women out there!