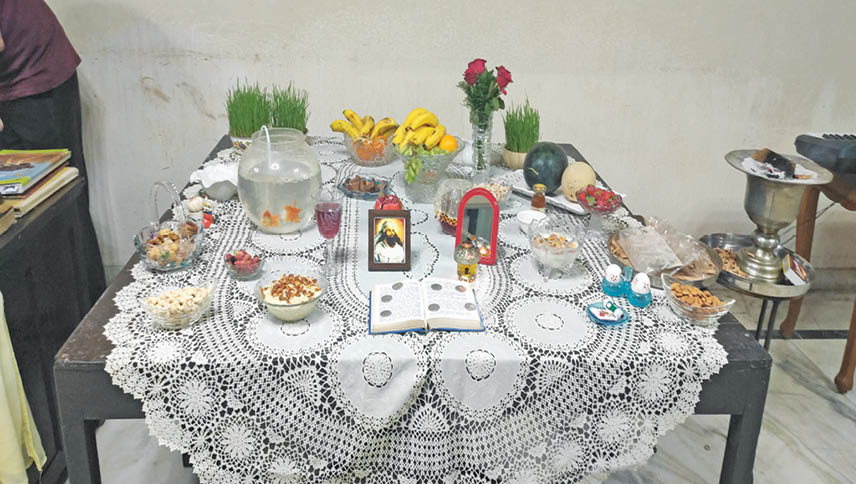 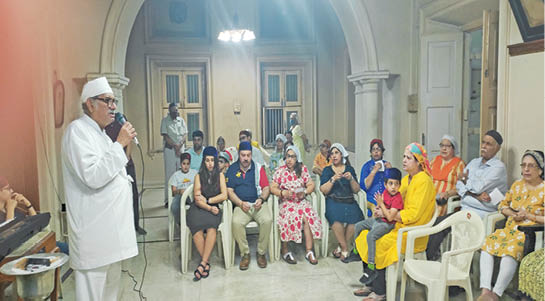 As per tradition, a contributory common ‘Jamshedi Navroze Table’ was laid out at the Agiary hall. To ensure everyone’s participation, one item on the Table was contributed by each family. Around 75 Zarthostis assembled at the Agiary hall by 8:30 pm. Head Priest, Er. Mehernosh Bharucha led the Navroz prayer to shower benediction on the congregation, followed by a short talk on the significance of Navroz. This was followed by melodious ‘monajats’ rendered by children and adults. 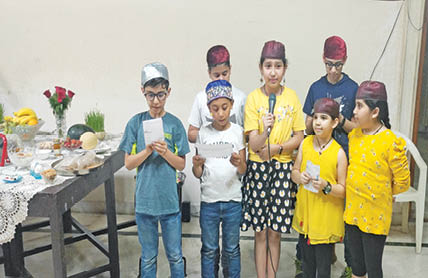 In his vote of thanks, Kerfegar Antia profusely thanked the President and Trustees of the Agiary, and the Trust Secretary, Rusi Doctor for the lovely arrangements. He also thanked Dasturji Er. Bharucha, Faram Desai for audio/video arrangements, Vispy Saher for providing the delicious Falooda, Abad Wadia for providing dinner at cost, Farida Antia for arranging the Table and Religious Charts which received everybody’s attention and appreciation. The enjoyable evening came to an end as greetings were exchanged, followed by the rendition of ‘Chaiye Hame Zarthushti’, with back-ground organ music performed by young Yohan Tarapore.